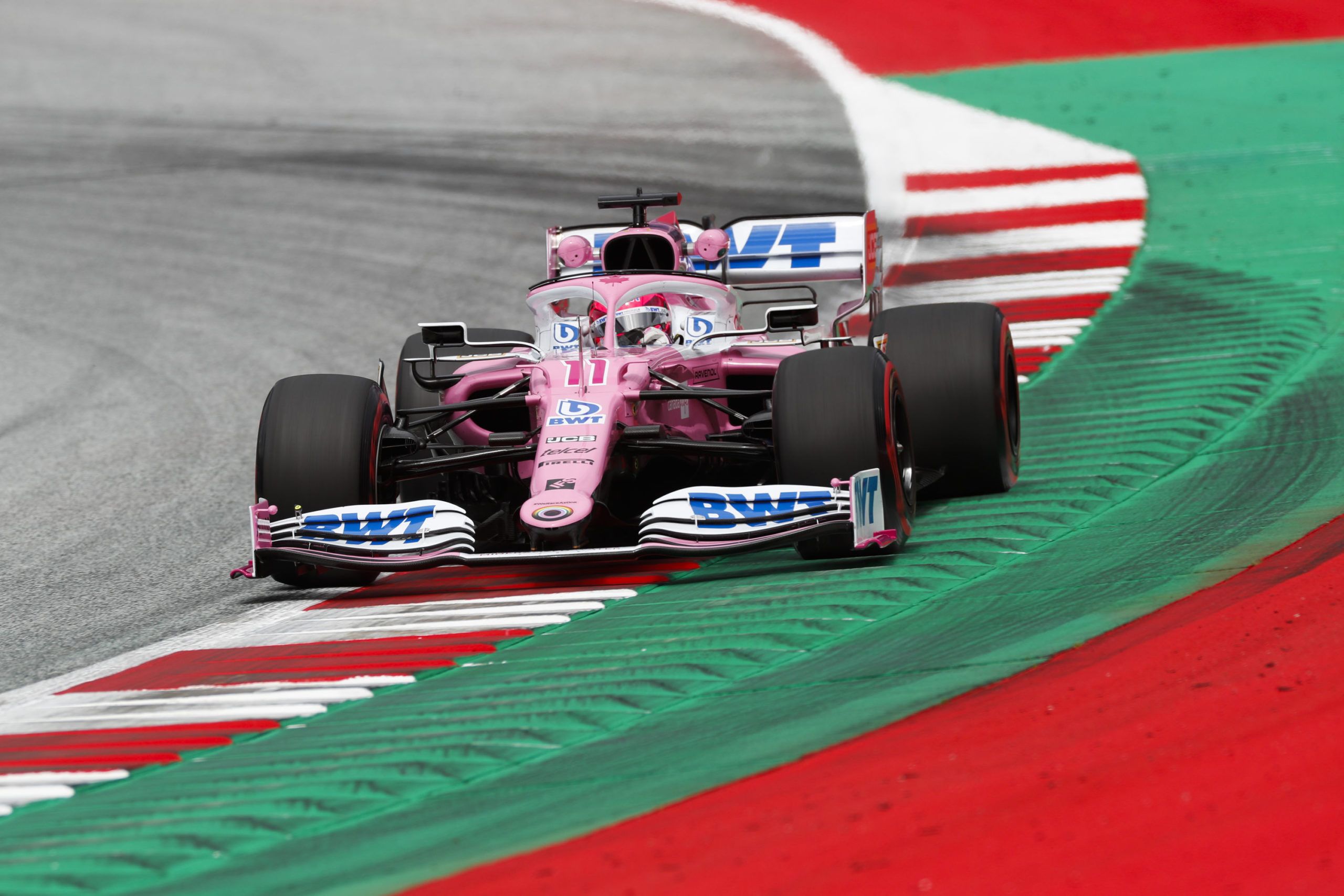 The Mexican and the Dutch used the soft compound, while Bottas used the medium along with his teammate Lewis Hamilton (1m05.120s) in fourth. The Finn’s session ended slightly early after having some issues with his paddle in the Mercedes F1 car.

Racing Point’s fruitful run was rounded out with Lance Stroll (1m05.396s) in fifth with Red Bull’s Alexander Albon (1m05.483s) sixth, albeit setting his lap on the medium compound. McLaren’s Carlos Sainz (1m05.602s) slotted in seventh with a late quick lap.

It pushed AlphaTauri’s Pierre Gasly (1m05.698s) to eighth with Renault’s Daniel Ricciardo (1m05.769s) ninth and Ferrari’s Sebastian Vettel (1m05.770s) – with some of the upgrades – in 10th, where the former two set their best times on the medium compound.

The German had an off early in the session as staying on the topic, Horner spoke about the speculations around his Red Bull F1 return. He spoke with Sky Sports where he also discussed about the changes brought for the second Red Bull Ring weekend.

“Obviously the subject has been raised [within Red Bull],” said Horner. “Our commitment is to our existing drivers. We think we’ve got a great pairing in Max and in Alex, and we think that that has great potential for the future as well.

“Unfortunately it’s not something we’re going to be able to accommodate. [And] that is a definite no [to re-hire Vettel] I’m afraid. Sebastian is aware of that. It’s unusual for a four-time world champ to be out of a drive at this point of the year.

“I guess he’s got a couple of choices available to him, I assume either Racing Point, or a year out and re-evaluate the options in a year’s time. I don’t think Lance is going to get fired. Of course drivers’ contracts between the teams, you never know what’s within them, it’s only the Contract Recognition Board that has full sight of them.

“I’m sure that perhaps they have options, or break points, or whatever. But that’s really none of our business,” summed up Horner. Adding to this, Helmut Marko also ruled out Vettel for 2021 F1 season at least but left it open for 2022 if the case be.

Returning to F1 Styrian GP track action, AlphaTauri’s Daniil Kvyat (1m05.815s) just missed out on a Top 10 to be 11th with Ferrari’s Charles Leclerc (1m05.837s) only 12th, where the former set his time on the medium compound. He also spun to bring out the yellow flag.

Williams’ Nicholas Latifi (1m09.598s) was 19th after just five laps as the Canadian brought out the sole red flag of F1 FP1 session in Styrian GP due to a gearbox issue. A battery trouble, meanwhile, disallowed Haas’ Kevin Magnussen for setting a lap time.

Here’s Sebastian Vettel on all of his options in F1