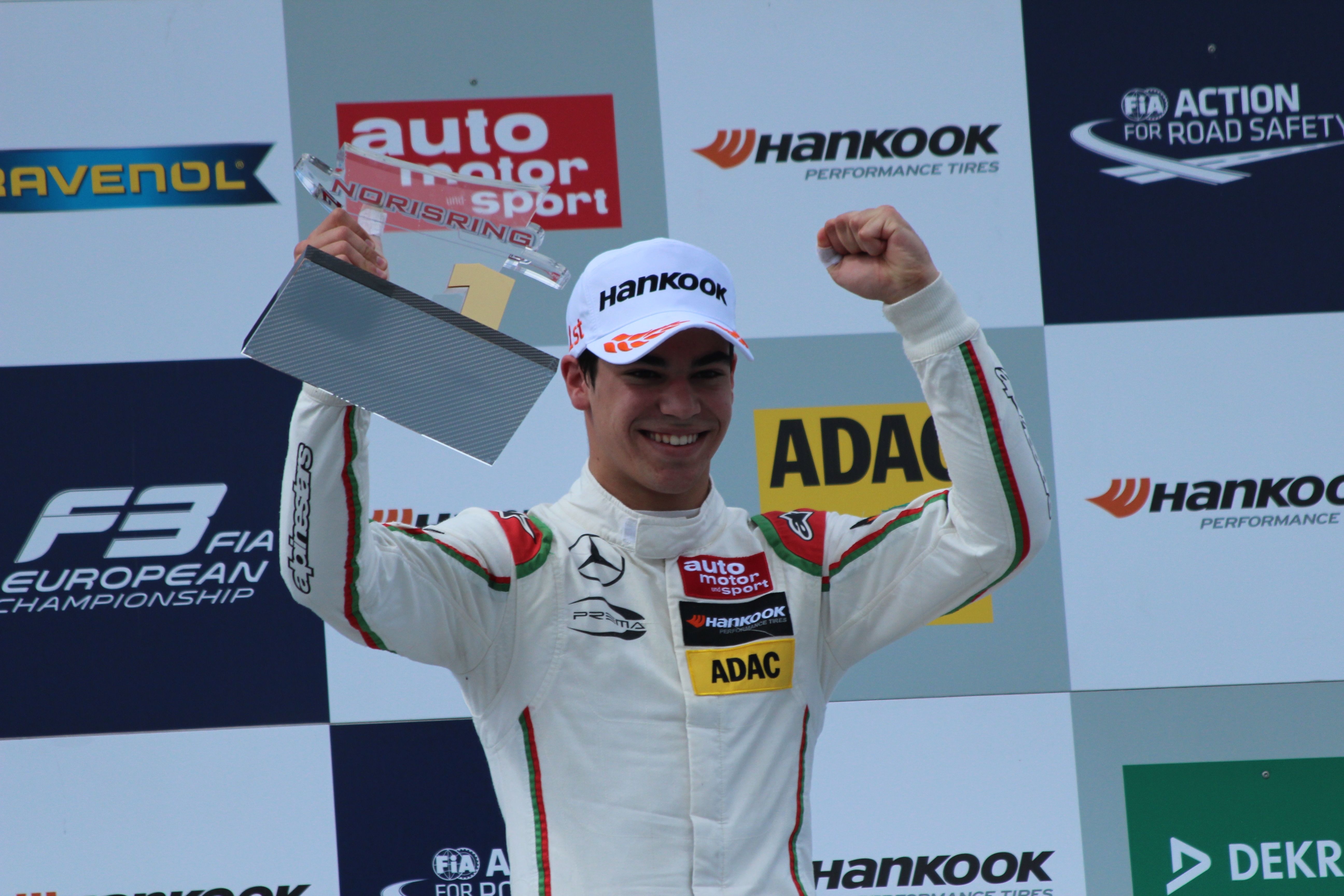 Lance Stroll took his second win of the week-end, his fifth win of the season in a race particularly filled with incidents. Anthoine Hubert and Guan Yu Zhou completed the podium. The race had to be red flagged for a moment after a huge shunt between Piquet Tveter and Kari.

Due to power issue causing starting lights not to work, the start was delayed by around ten minutes and the race would start under the safety car for one warming lap. At the restart, Stroll could hold on Hubert for the lead. At the end of the first lap George Russell and Joel Eriksson had contact at the hairpin, Russell’s suspension broken. The safety car was deployed again. The recovery of Russell’s car took quite a lot of time.

At the restart, even before crossing the start-finish line, Pedro Piquet ran over Ryan Tveter’s back and his loose car hit Niko Kari on its way. The race was red flag just afterwards, the cars lining up on the grid. The race went underway for six minutes of racing.

Sergio Sette Camara could overtake his teammate for third place while Hubert stayed close to Stroll. Behind them, the two Mücke Motosport kept battling while Callum Ilott stayed behind to take any opportunity he would be given. After two laps of clear racing, Mikkel Jensen and David Beckmann collided and pushed each other out. As their cars were not in the racing line, the safety car was not needed to get deployed.

Lance Stroll won the race ahead of Anthoine Hubert and Sergio Sette Camara who took podium after a particularly difficult week-end. Zhou, Günther, Cassidy, Ilott, Lorandi, Barnicoat and Aron complete the top 10. In the championship, Lance Stroll is mid-season champion with 234 points, 86 points ahead of his teammate Maximilian Günther second in the championship. Callum Ilott is third ahead of George Russell. Ben Barnicoat still leads the rookie championship.