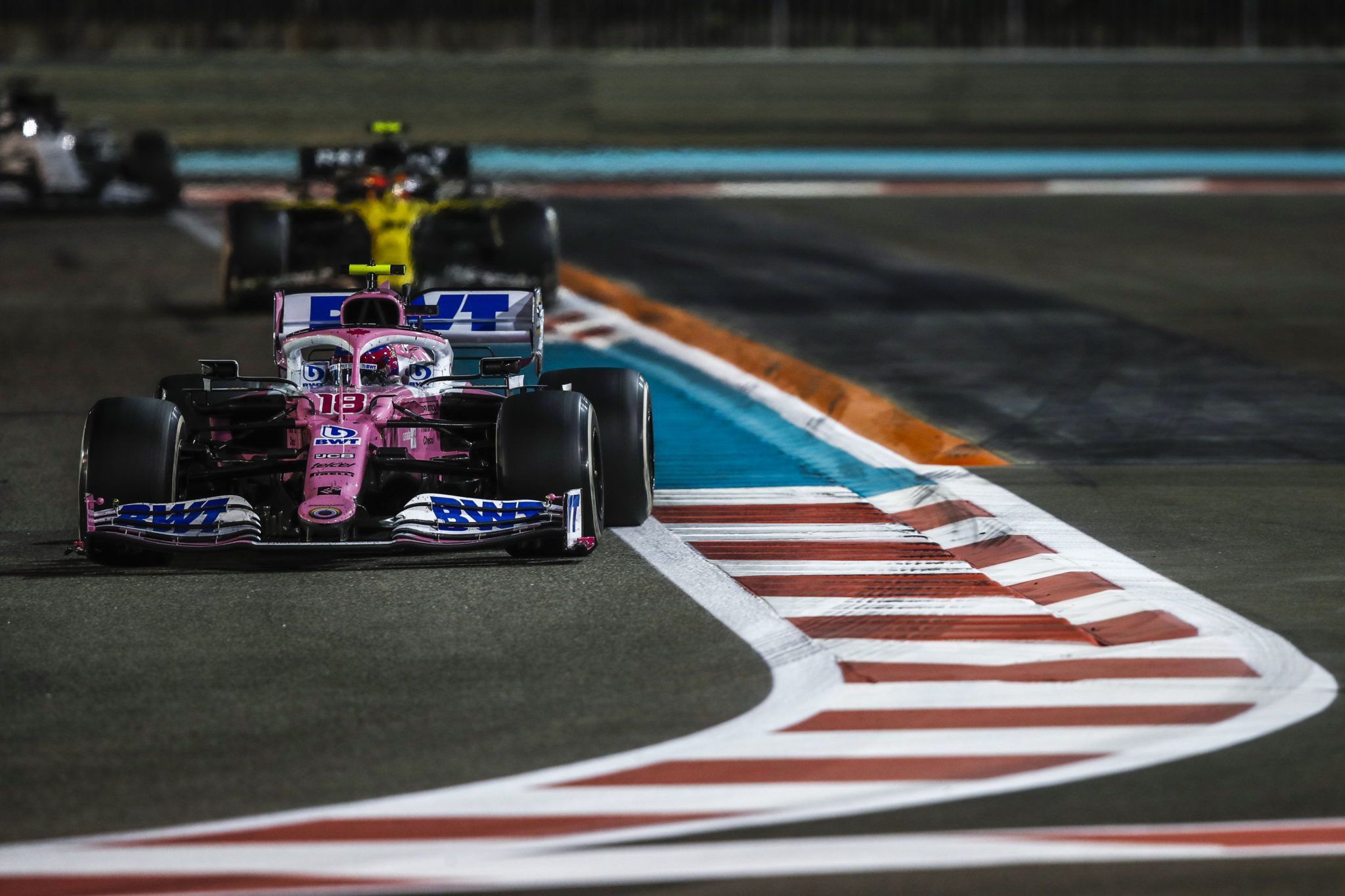 Lance Stroll was distraught on radio losing to Esteban Ocon in F1 Abu Dhabi GP as Pierre Gasly made merry with places gained on both.

A poor race for Racing Point’s Stroll was compounded, the Canadian said, by difficulties controlling tyre temperature in the F1 Abu Dhabi GP. He attributes his fall from P8 on the grid to P10 at the line to this issue, as well as other, lesser adversities that he faced.

One such adversity was a moment in the pit lane, when he was inhibited by a slow McLaren of Carlos Sainz in his lap ten pit stop under safety car. The Spaniard was investigated for his antics, but ultimately no further action would be taken against him.

“There were moments when our pace was strong, but it wasn’t consistent enough,” Stroll began to explain. “The tyre life and temperature also dropped off significantly at the end, which cost us a place to Esteban [Ocon]. We need to look into why that was the case.

“It’s a shame that we weren’t able to take P3 in the Constructors’ Championship because I think everyone in the team deserved it for all their hard work. We’ve had some real highs this year and there’s been missed opportunities too – so there’s plenty to reflect on and improve in the future,” Stroll added.

The issue possibly cost Stroll the opportunity to fight for third place in the constructors’ championship on behalf of Racing Point, who’d lost Sergio Perez earlier in the race. Certainly, it played a part in his loss of position to Renault’s Ocon on the final lap, after which he remarked on the RP20’s inability to retain tyre temperature.

Ocon was happy to claim P9 late in the race, securing an additional two points for his team. Though insufficient to take P3 in the constructors’ championship (disappointingly so for the Frenchman), he says this is indicative of the progress they’ve made relative to the British outfit.

“This race shows our progress from this year, fighting until the end – getting Lance on the last lap was nice,” said Ocon. “[I was] a bit gutted not to get P3 in the WCC for the team but we fought until the end, gave it our best, and still a lot of positives to take on board.

“If we sort out the little issues here or there throughout the season, we have a good chance to fight for next year.” Also having made it past Stroll was AlphaTauri’s Gasly, who battled the Racing Point driver before coming P8 in what he described as a fun race. He also dueled with his teammate, and Ocon in the race too.

“We had great battles, passed the two Ferraris, Lance, Esteban, Dani – really active race,” said Gasly. “Honestly, it’s been really good – scoring a couple more points, passing Lance for a point in the championship, which I was keeping an eye on all race because he was right behind. Last year, I lost sixth position to Carlos for a point, this year I get 10th for a point ahead of Lance.”

He added of his overtake on Stroll, “I knew that I had to make it count as soon as I got the opportunity because he was pretty fast as well and I think it was close but we managed to keep it clean.” In the end, Gasly finished 10th in the standings with 75 points, which was same for the Canadian in 11th as Ocon was 12th with 62 against his name.