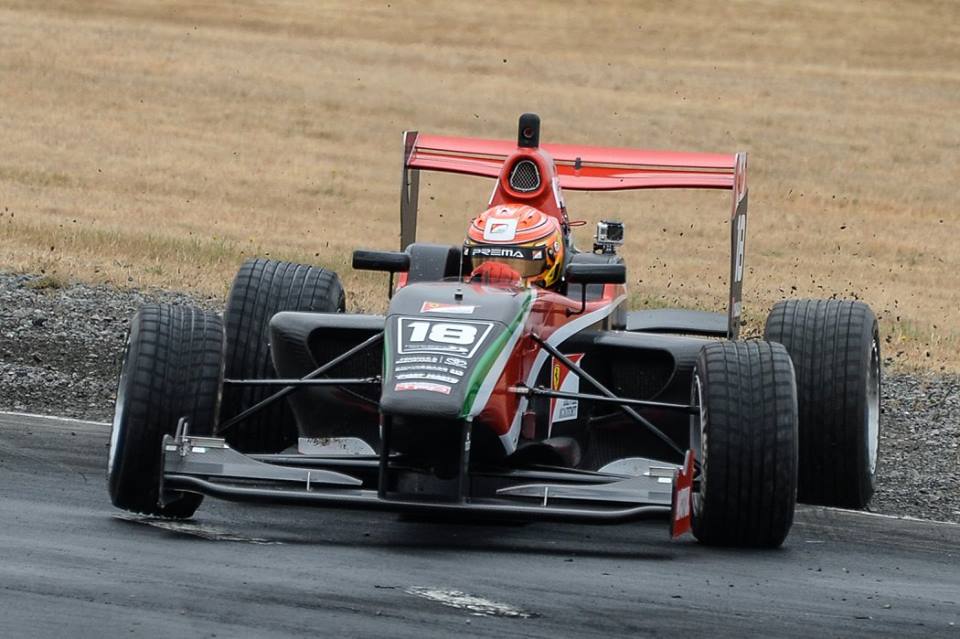 Lance Stroll, 16, has become the youngest winner of one of New Zealand’s oldest and most prestigious motorsport trophies.

The young Canadian, who won the Italian Formula 4 championship last year, backed up his opening-race victory yesterday with a win in an incident-packed and close-fought feature race this afternoon.

There was bitter disappointment for local driver James Munro, who had carved through to be second behind the flying Canadian after eight laps only to spin away his challenge for the race lead.

His place was taken by young Indian driver Arjun Maini, who repeated his lightning form of the first two races, staying clear of major multiple car incidents in the opening laps to build a credible challenge for the podium. In the closing laps he defended his position with maturity when GP2 Series regular Artem Markelov surged through to third and began to erode Maini’s gap.

“I had great advice, we were just trying to get through those crazy opening laps and stay out of trouble and then I was able to come through, I learned a lot from this race and I’m very happy to have second place and be adding to my points,” he said afterward.

“I am very pleased to be third, there were a lot of crashes in the start and I was worried for myself and my team-mates. Now I need to find a pool and cool down!”