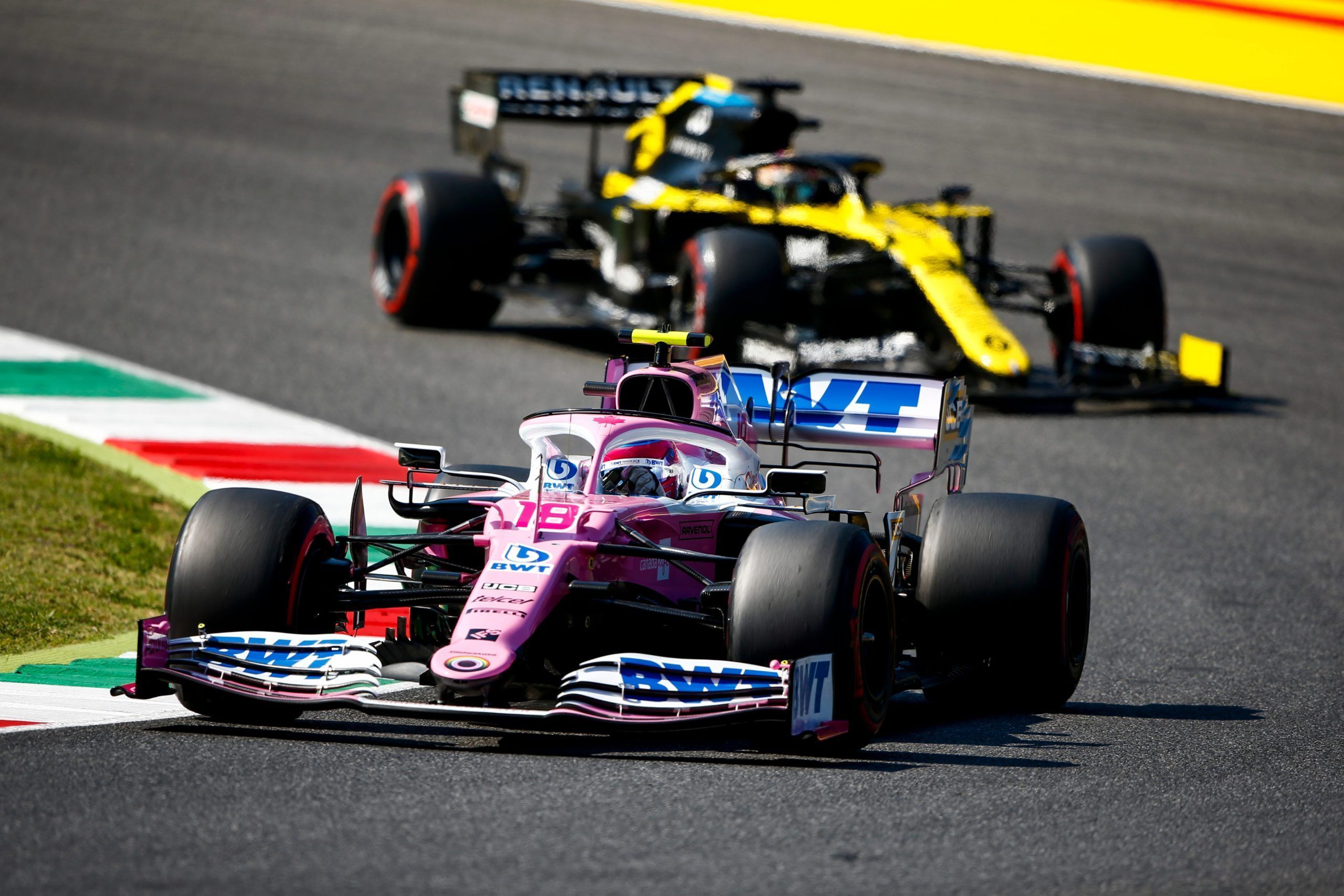 Lance Stroll was fine after a huge crash in F1 Tuscan GP as investigation is underway to understand what happened but he feels it was a lost podium.

Racing Point’s Stroll, like many others, had a highly unusual afternoon on Sunday, as he contested the chaotic F1 Tuscan GP, during which he went from his sixth-place grid slot to the podium places, and finally, into the barriers.

Stroll got off to a good start, staying out of trouble in the early melee and gaining a position on the stricken Red Bull’s Max Verstappen – he was tapped by McLaren’s Carlos Sainz at Turn 2 but fortunately had no damage. He would later climb up the grid yet more on the first standing restart, pulling past Alexander Albon’s Red Bull.

A pass on Ferrari’s Charles Leclerc by the Canadian then placed him fourth in the pecking order behind Renault’s Daniel Ricciardo – he along with Albon and the Australian ran close to each other until the Racing Point driver’s untimely off.

Here he ran for many more laps, until a mysterious issue sent him off at turn nine of the high speed track, and deep into the gravel trap as he hit the distant wall. It was a finish unbecoming of the drive that had preceded it, and a result that left Stroll frustrated.

It is unclear what caused the failure where he and the team initially complained of a puncture. It could be brakes as well, as the 2020 F1 season has seen multiple rear brakes issues. The team is looking into the matter extensively.

“First of all, I’m OK after what was a big impact,” said Stroll. “We’re still investigating the cause of the crash. It all happened so quickly, but it felt like a puncture. We need to go away and look at the data and fully confirm the reasons for it.

“There were some really strong points on the table and we were closing on Ricciardo for the final podium place before the accident, and it was all set up for an exciting finale,” said Stroll, who also touched upon the upgrades to his car, and their performance in racing conditions – he was the sole to run those upgrades.

I’m pleased with how the upgraded package performed this weekend, and it gives us a good platform for the coming races. We were able to make a good start to the race and get a good launch in the restart to keep out of trouble until late on. It was an unfortunate result and sometimes that’s how the cookie crumbles, but I’ll take the positives.”

Team principal Otmar Szafnauer says Racing Point already looking at what happened. “A challenging day for the team on many fronts with two race stoppages, including a big accident for Lance caused by what looks like a puncture,” he said.

“It was very bad luck because Lance was fighting for the podium all afternoon. He was running in fourth place and the failure happened just as we asked him to push up and overtake Ricciardo for third. Fortunately, he is ok after a significant impact with the tyre barrier at turn nine.”