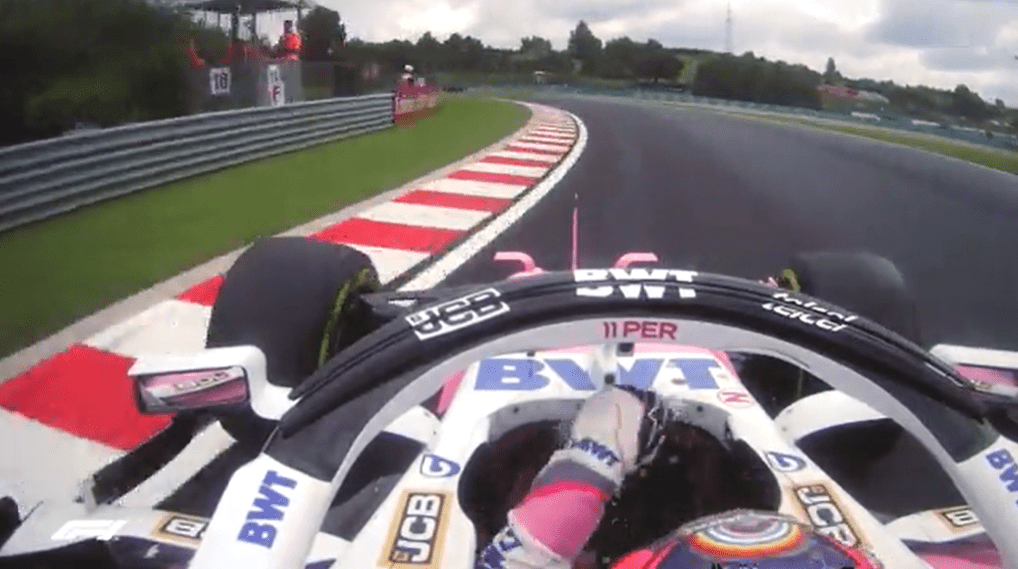 Racing Point’s Lance Stroll reckons podium was possible in F1 Hungarian GP as Sergio Perez had a bad start which included a near-crash.

Of all the impressive results that Racing Point have enjoyed over the last three F1 races since the start of the 2020 season, Hungarian GP was by far and away the best, as Stroll finished fourth, and Perez crossed the line sixth.

The former of the pair was running in the Top 3 for much of the race having qualified extraordinarily well, but dropped out of this running position later into the grand prix. The Canadian put this down to some strategic mistakes, and projected that a podium was on the cards for him, such was the balance and performance of his RP20.

“I definitely think podium was possible,” said Stroll. “We stayed out a bit longer towards the middle of the race where Valtteri undercut us and went ahead of us. We were expecting a bit more rain, so we were dragging the stop and the rain never came.

“So by the time we pitted and came out, he was already eight seconds up the road, but we were comfortably P4 by then. The car felt great and at the end of the day, we have to be happy with the result, it has been a solid weekend from start to finish.

“I truly believe that we have the second fastest car in Hungary, which gives me a lot of positivity going forward this year,” said Stroll. At the same time, teammate Perez rued a bad start, only made more costly by the tight nature of the Hungaroring.

“It was a shame about my start,” said Perez. “I just picked up a lot of wheelspin in the first phase and that cost us a lot of positions. It’s always tricky to recover at the Hungaroring, but we tried our best and I had some good battles.

“I had a few adventures out there too and I ran wide – in the dry – and was lucky not to touch the wall. When I did get some clean air, I could show the pace of the car, but the time I lost on lap one was costly. The main thing is that we’ve scored more points for the team and are now just behind third place in the Constructors’ Championship.”

Perez notably had a dramatic moment – just after the change to slick tyres – that went unseen on the global feed. It made it into the highlights package and was later shared around social media showed his inedible display car control was commended by many.

Here’s Otmar Szafnauer and Marcin Budkowski on the protest