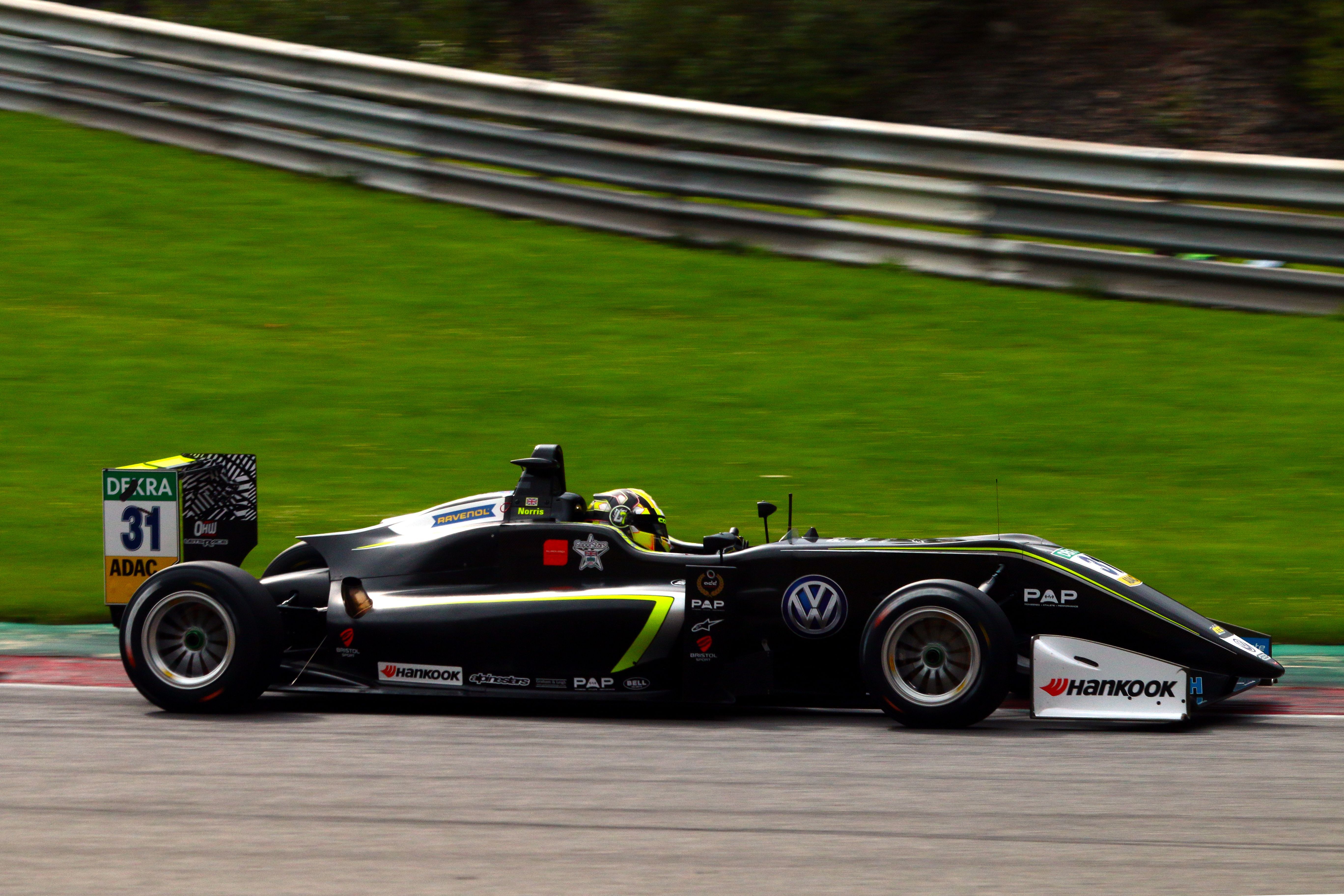 Lando Norris is unstoppable (at least today), Carlin’s driver has taken all the pole positions of the FIA ??Formula 3 European championship weekend at Spa-Francorchamps, Belgium.

After being the fastest in practice session and in the first classification, Lando Norris (Carlin) was the fastest in the afternoon qualifying where the results of the first and second fastest lap were counted.

McLaren youngster has had no rival in the first place, despite the spectacular work of his mate as BRDC Super Star, Callum Ilott (Prema Powerteam) who has been the only one who has been able to try to match his times, finishing 1 tenth behind his compatriot, which allow him to start from front row of the starting grid for both race 2 and race 3.

Behind the British, his teammates from Prema Powerteam, Guanyu Zhou and Maximilian Günther will be starting from fourth and fifth in races 2 and 3, respectively.

Another one who has also achieved the same result for both race stars is Jake Hughes (Hitech GP) who will start fifth.

The MotoPark disaster has continued this afternoon. The drivers have left the tent of the team at the last minute of pre-grid time, after making many modifications. The German team despite that did not find the ideal configuration and Joel Eriksson could only set the twelfth and tenth best time.