Home F1 Staying at Red Bull I won’t have achieved more than I did,... 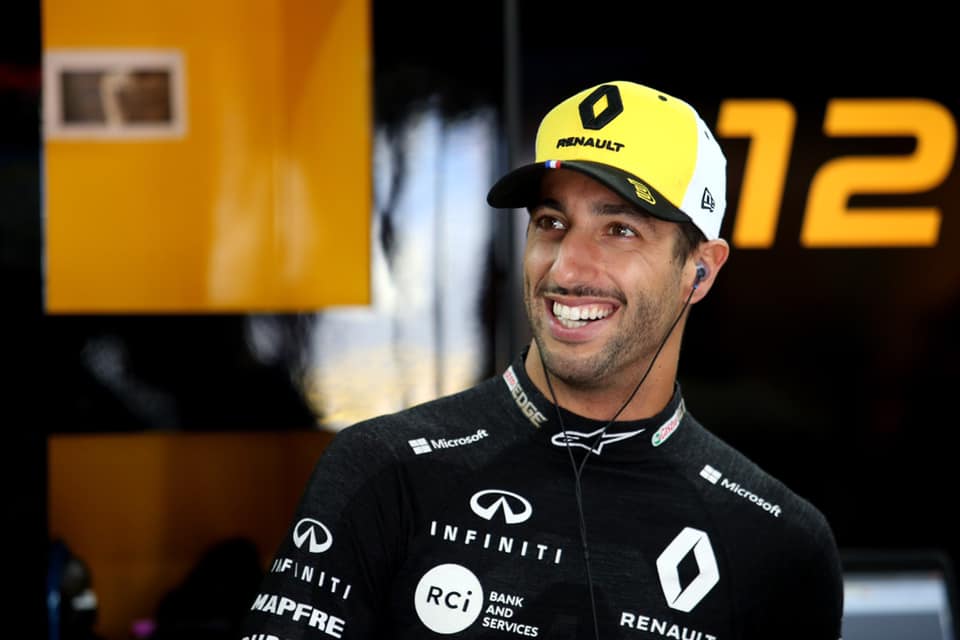 Daniel Ricciardo says he has no regrets of switching to Renault as he feels he wouldn’t have achieved anything more than he did with Red Bull Racing despite its first F1 win of 2019 with Honda.

With Red Bull scoring its first win with Honda in Austria GP courtesy Max Verstappen, Ricciardo was once again asked if he has any regrets of switching to Renault as he endures a difficult run – which was somewhat expected for both the team and the driver.

Even though Renault has made progress on their engine side, the package is still not good enough to breakthrough the midfield pack. At the same time, Red Bull’s car is enough to make a good difference and carry the Honda unit along despite its lacks.

Having had a good run with Red Bull, Ricciardo surprisingly moved to Renault for 2019 in the hope to lead the project to a championship-winning level. He stepped into the shoes knowing that it won’t be an easy run, which is proving to be the case.

Still the Australian doesn’t have any regrets as he thinks – what can be termed as similar to what Fernando Alonso felt after leaving Ferrari – that he wouldn’t have achieved anything more than what he already did with Red Bull in the coming years.

“Honestly no regrets,” he said. “Part of me was pretty happy for them [Red Bull], and for F1 to just have a good race. I’m trying think of a better word. You know the word I’m thinking of, it’s a word I can’t really say [to describe my feelings].

“It went through a lot of scrutiny after France, so just for the sport to have a good race was awesome. But no, honestly, if I look back, by that time last year, Red Bull had three wins; that was the first. Obviously I’m further back at the moment, absolutely, you’re right.

“But I expected this and really, if I stayed at Red Bull it was to win a title and sure, they got the win last weekend but they’re still a fair way from the title. And that’s not having a dig, that’s just the reality.

“So I don’t think I would necessarily have achieved anything else than I was already achieving there, so for that, no regrets. Obviously trying to build something here with Renault and absolutely there’s still a lot of work to do.

“But equally it’s pretty fulfilling when you do get a little bit of a result and Montreal was one of those moments where that result alone made the first seven or so races worth it. The little bit of struggle and ups and downs.

“For the sport, honestly, I’m very happy that the last race went the way it did and hopefully there’s more like that. Hopefully I’m not running in 12th, or wherever I was, because that’s also not fun – but hopefully the battle at the front gets close and says close.”

In fact, Ricciardo elaborated on what went wrong with Renault in Austria, which was a mis-direction in the set-up for the weekend rather than a big chunk in the car. “We obviously got pretty deep into it after and tried to figure out why we were off the pace all weekend.

“Definitely feel we learned some things with set-up and I think we kind of just started in a direction which we kept pursuing from Friday, thinking it was the right way to go, but I think in hindsight it wasn’t.

“It’s probably more just a set-up misdirection we went for as opposed to anything crazy we found on the car. I was hoping to find a cracked chassis or something like that! I think the car does have a little bit of a sweet spot.

“I think we had worked towards that the last few weekends, getting those Q3s and building that confidence within myself and that momentum, but we kind of shifted a little bit away from that in Austria, for reasons that seemed to make sense at the time from a set-up point of view and all that,” Ricciardo summed up.