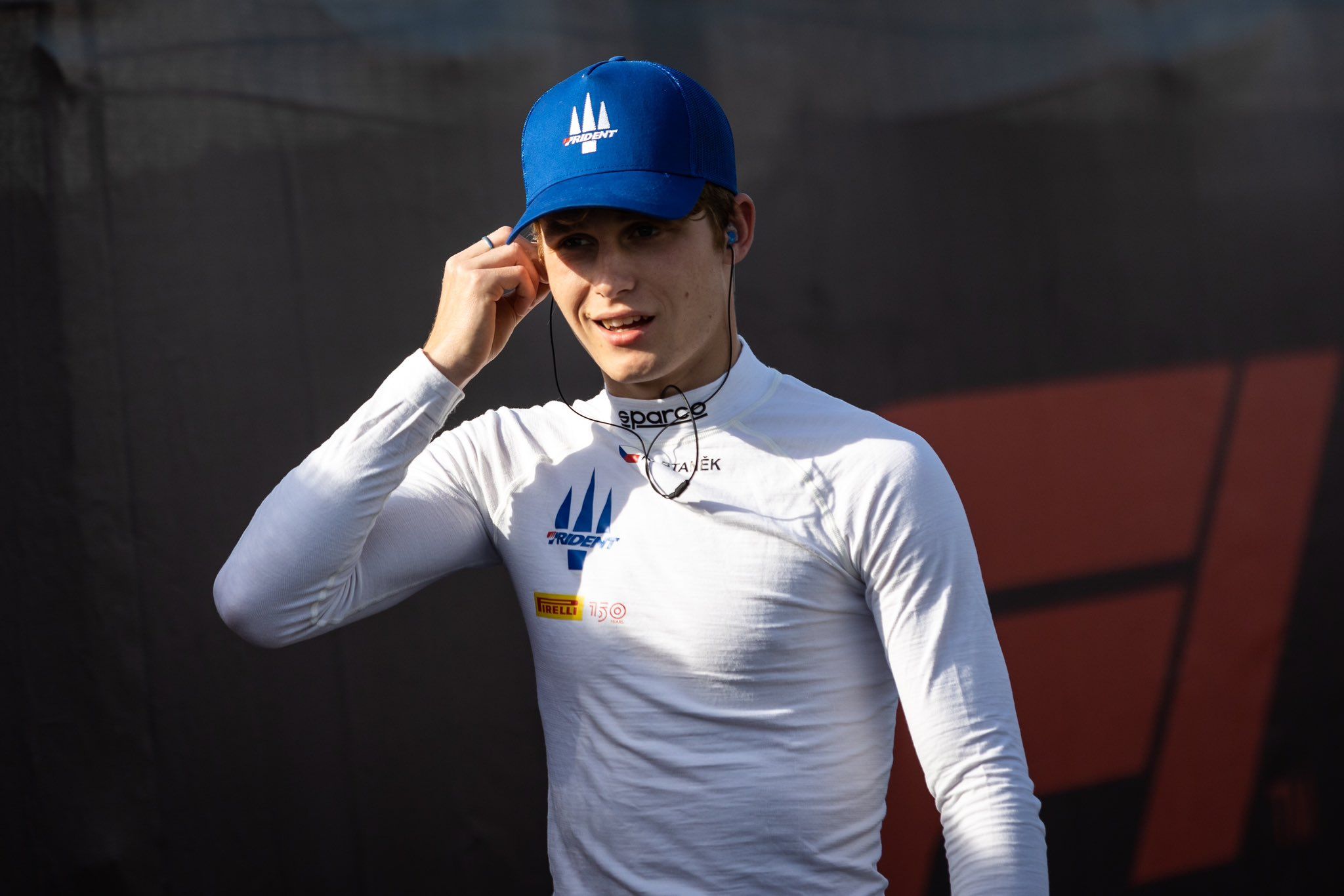 Roman Stanek will remain at Trident for the 2023 season but is graduating to compete in FIA Formula 2 (F2) Championship.

Trident Motorsport is proud to announce that 18-year-old racer Roman Stanek will enter the 2023 FIA Formula 2 Championship under its banner. The Czech driver competed with Trident Motorsport in the 2022 FIA Formula 3 Championship, finishing fifth in the driver standings. Overall, he had an outstanding season, with one win at Imola, four podium finishes, one pole position, and two fastest laps.

The chance to move up the single-seater ladder while staying in a team and an environment he already knows will definitely be a boost as he looks forward to continuing a successful story. Stanek, who was born in Valašské Meziříčí, had the chance to drive the team’s FIA Formula 2 Championship car in the post-season test, which was held from November 23rd to 25th at Yas Marina.

On that occasion, he logged 246 laps for a grand total of 1.299 kilometers. Stanek started his career in 2019, entering the Italian and German Formula 4 championships. He moved up to the FIA Formula 3 Championship the following year. In FIA F3, he achieved a strong progression and fought for the 2022 title after moving to Trident Motorsport.

Giacomo Ricci, Team Manager: “We are delighted to continue our collaboration with Roman Stanek and partner with him for his move to the FIA Formula 2 Championship, which is always a key step for a driver’s career. I think that moving up within the same organization is an important added value in terms of continuity.

“He knows the team very well, and we will be able to support him in the best possible way. Stanek had a remarkable 2022 season in the FIA Formula 3 Championship with Trident Motorsport, and I think there are all the components that are needed to perform at a high level this year as well.”

Roman Stanek: “I’m very thrilled to be working with Trident again this year. I’m already at work with the team and Giacomo, who is a great mentor to me, to achieve our goals together. This is going to be a year full of challenges and I’m ready for it.”