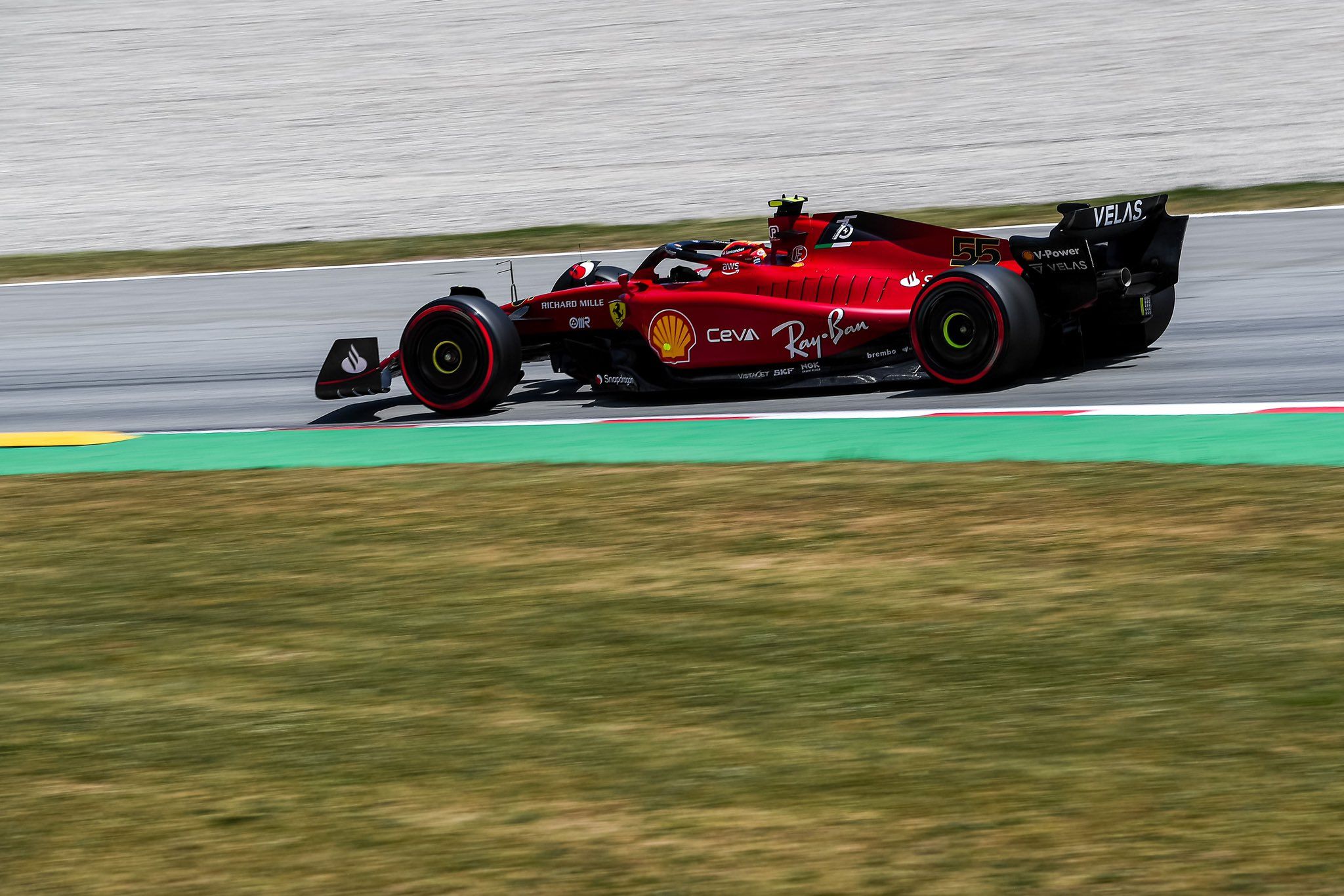 Ferrari’s Charles Leclerc made it three in a row to top FP3 in F1 Spanish GP as he led Red Bull’s Max Verstappen with Mercedes’ George Russell in third.

The FP3 in F1 Spanish GP also ran with any major trouble apart from Haas’ Mick Schumacher’s rear-left brakes catching fire in a dramatic fashion. The German managed to bring the car in the pits before it could blew like seen with Williams before.

His session ended early while AlphaTauri found an issue on Pierre Gasly’s car which led him to miss the whole of FP3. At the front though, it was Ferrari’s Leclerc again with a 1m19.772s lap with Red Bull’s Verstappen (1m19.844s) only 0.072s behind.

The two title contenders were well ahead of their teammates with Mercedes duo slotting in between them where Russell (1m19.920s) was again ahead of Lewis Hamilton (1m20.002s). The latter faced DRS issue in the session but it was fixed soon.

Ferrari’s Carlos Sainz (1m20.129s) slotted in fifth after the team broke curfew to change his chassis, with Red Bull’s Sergio Perez (1m20.260s) in sixth from McLaren’s Lando Norris (1m20.03s) who popped in a late quick lap. He also had a new chassis after floor damage.

His teammate Fernando Alonso did not set a good time to be only 13th behind McLaren’s Daniel Ricciardo and Aston Martin’s Sebastian Vettel. Alfa Romeo’s Zhou Guanyu was 14th with AlphaTauri’s Yuki Tsunoda in 15th from Aston Martin’s Lance Stroll.

The Williams pair slotted in 17th and 18th with Alexander Albon ahead of Nicholas Latifi whereas Schumacher was 19th without a soft tyre run.

How the final practice session played out 🔎

Here’s what was said on Friday of F1 Spanish GP