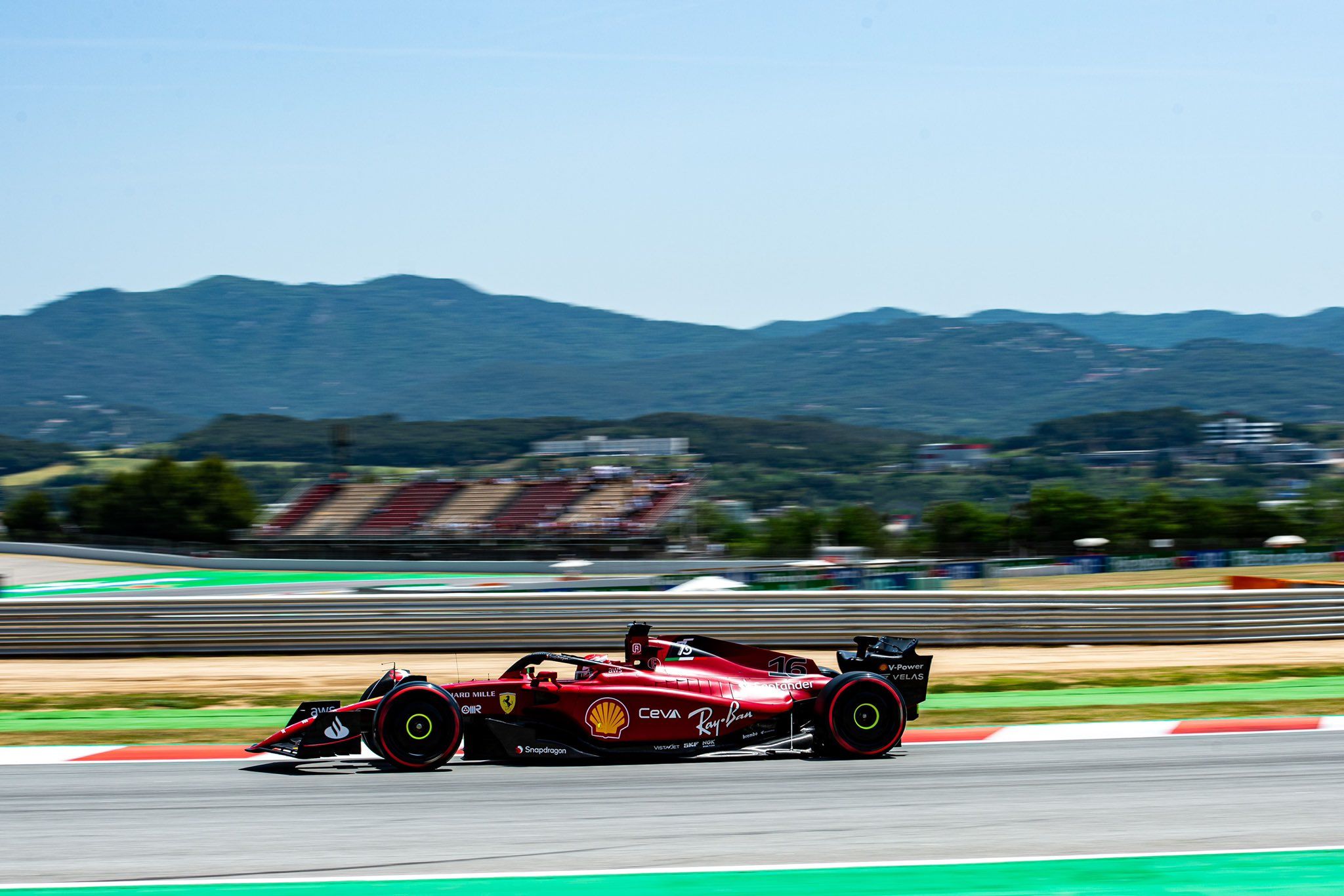 The first part in F1 Spanish GP qualifying saw an unsafe release at the start between McLaren’s Lando Norris and Aston Martin’s Lance Stroll which will be investigated after the session. On track, it was Ferrari 1-2 with Charles Leclerc leading Carlos Sainz.

Red Bull’s Max Verstappen was third but teammate Sergio Perez was eighth after an off moment in the gravel. The knockout zone saw a big casualty in Alpine’s Fernando Alonso (1m21.043s) who was only 17th behind Aston Martin’s Sebastian Vettel (1m20.954s).

The German was not happy to miss out on a Q2 spot, while replays showed a possible impeding between Norris and Alonso which was cleared by the stewards. The other Aston Martin of Stroll slotted in 18th after a 1m21.418s lap.

The second part in F1 Spanish GP went smoothly mostly with no incidents as a late lap from Red Bull’s Verstappen put him on top from Ferrari’s Carlos Sainz and Mercedes’ George Russell with both the Haas drivers in the Top 10.

McLaren’s Norris (1m20.471s) initially finished inside the Top 10 but his lap time was deleted due to track limits which helped Mick Schumacher to make it inside. The Brit eventually finished 11th with Alpine’s Esteban Ocon (1m20.638s) in 12th.

The third part in F1 Spanish GP saw a bit of shock start for Ferrari’s Leclerc who had a spin at Turn 14 which ruined his first flying lap as he dived into the pitlane. Red Bull’s Verstappen took provisional pole with a 1m19.073s lap.

Ferrari’s Sainz slotted in second with Red Bull’s Perez in third. The game changed in the second run where Leclerc smashed the standings with a 1m18.750s lap to take pole in F1 Spanish GP with Verstappen ending up second due to power issues (which was later clarified to be a DRS issue).

UPDATE: Post-session, both Schumacher and Magnussen were handed a warning for driving unnecessarily slowly. “The Stewards heard from the driver of Car 20 (Kevin Magnussen), the driver of Car 47 (Mick Schumacher) and team representatives, and examined video, timing and positioning data.

“During the Qualifying practice there were 55 violations by 18 drivers of the Race Director’s Event Notes (Point 4) regarding minimum time between SC1 and SC2. The Stewards reviewed each case, and the majority of cases were a result of drivers following another driver who was also on an out lap and as each driver attempted to create a gap to the preceding driver, they went successively slower until a “train” of drivers exceeded the minimum time.

“However, on the five occasions when these “trains” developed during the out laps of qualifying, the driver of car 47, Mick Schumacher, and the driver of car 20, Kevin Magnussen were the first, or nearly the first, out of the pits due to their garage location, and so were able to control their speed without having to be concerned about cars in front of them. Further, the Stewards found that generally the cars that failed to follow the Race Director’s Event Note, were following these two cars.

“The procedure required by the note is relatively new and was introduced during this season and has not involved a penalty up to this point. However, for the reasons above, the Stewards determine that these drivers’ failure to follow the instructions was more under their control than any other drivers. As the procedure is new and in view of the fact that other drivers did violate the instruction, but not to this degree, the Stewards issue a warning to the drivers concerned. The Stewards note that further violations may incur increased penalties not only for these drivers but for any competitor committing a similar breach in the future.”

On the other hand, Albon was relieved of impeding Sainz in Q1 and that Aston Martin were fined €5,000 for unsafe release. “The Stewards heard from the driver of Car 23 (Alexander Albon), the driver of Car 55 (Carlos Sainz) and team representatives and examined video evidence and determined that Car 23 attempted to slow down and take avoiding action when informed of Car 55 arriving on a fast lap.

“Notwithstanding that, Car 23 ended up causing Car 55 to abort his fast lap. Both drivers agreed that he had taken reasonable action and the Stewards therefore find that the impeding was not “unnecessary”.”