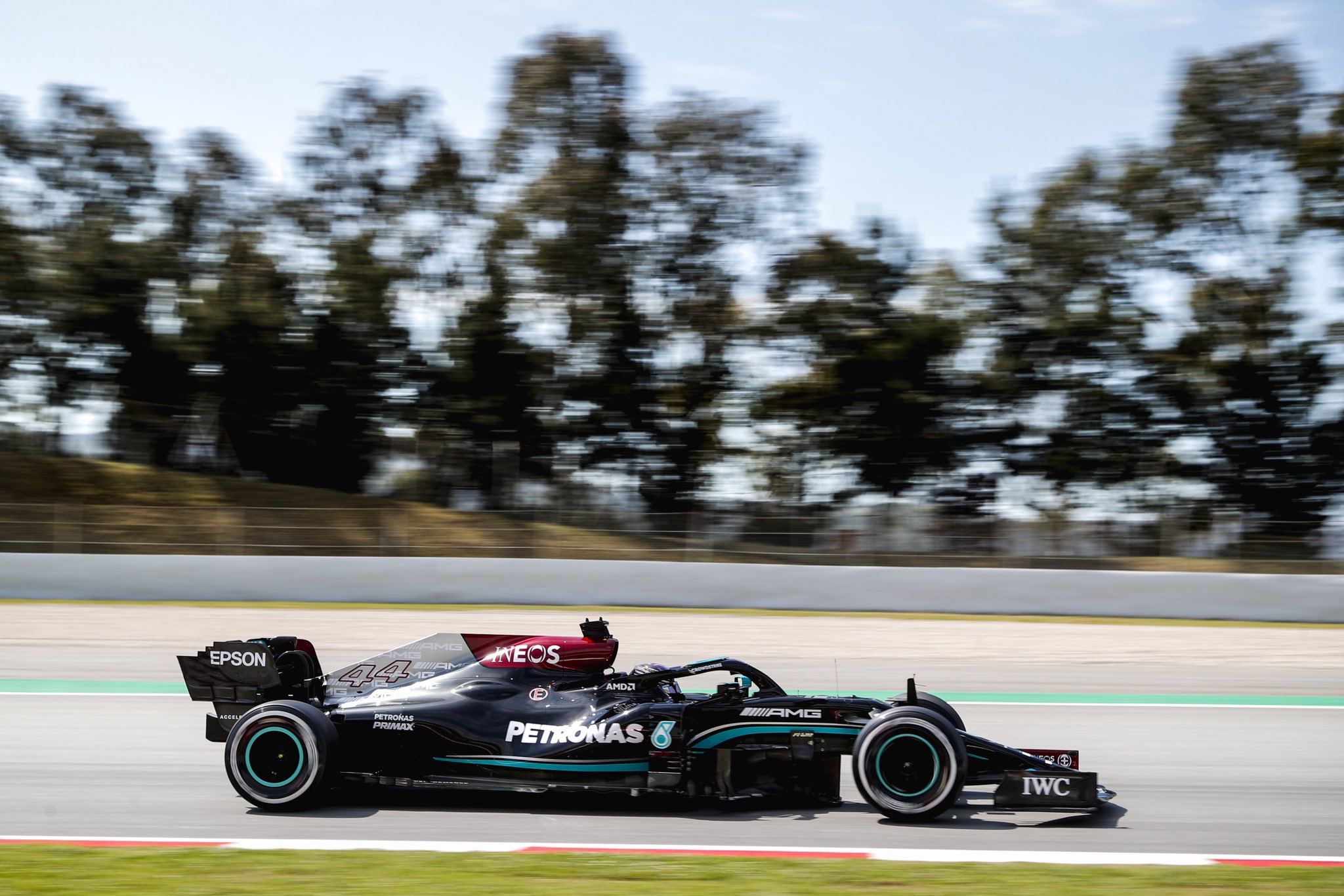 Mercedes ended up 1-2 in F1 Spanish GP FP2 with Lewis Hamilton ahead of Valtteri Bottas, in a sedate session with Ferrari’s Charles Leclerc ending up third.

It was Esteban Ocon (1m18.466s) in fourth from Fernando Alonso (1m18.518s), with AlphaTauri’s Pierre Gasly (1m18.593s) slotting in sixth from teammate Yuki Tsunoda. The Japanese had a moment where his car stopped after he ran over a kerb.

He managed to continue on, though, as he led Ferrari’s Carlos Sainz (1m18.674s), who caused the Virtual Safety Car period. Having gone through the kerb, the Spaniard lost part of his endplate, which had to be collected by a marshal on the scene.

The two Red Bull duo rounded out the Top 10, where Max Verstappen (1m18.875s) was ninth and Sergio Perez (1m18.918s) 10th. The Dutchman couldn’t improve on his soft tyre run after going wide, as Aston Martin’s Sebastian Vettel was pushed to 11th.

McLaren did not have a great time with Lando Norris in 12th, with teammate Daniel Ricciardo in 15th behind Alfa Romeo’s Antonio Giovinazzi and Aston Martin’s Lance Stroll. The other Alfa Romeo of Kimi Raikkonen returned to action in 16th.

Raikkonen had a moment in the pitlane when Haas released Nikita Mazepin in his way. The Russian was 20th with teammate Mick Schumacher 19th behind the Williams duo of George Russell and Nicholas Latifi in 17th and 18th.