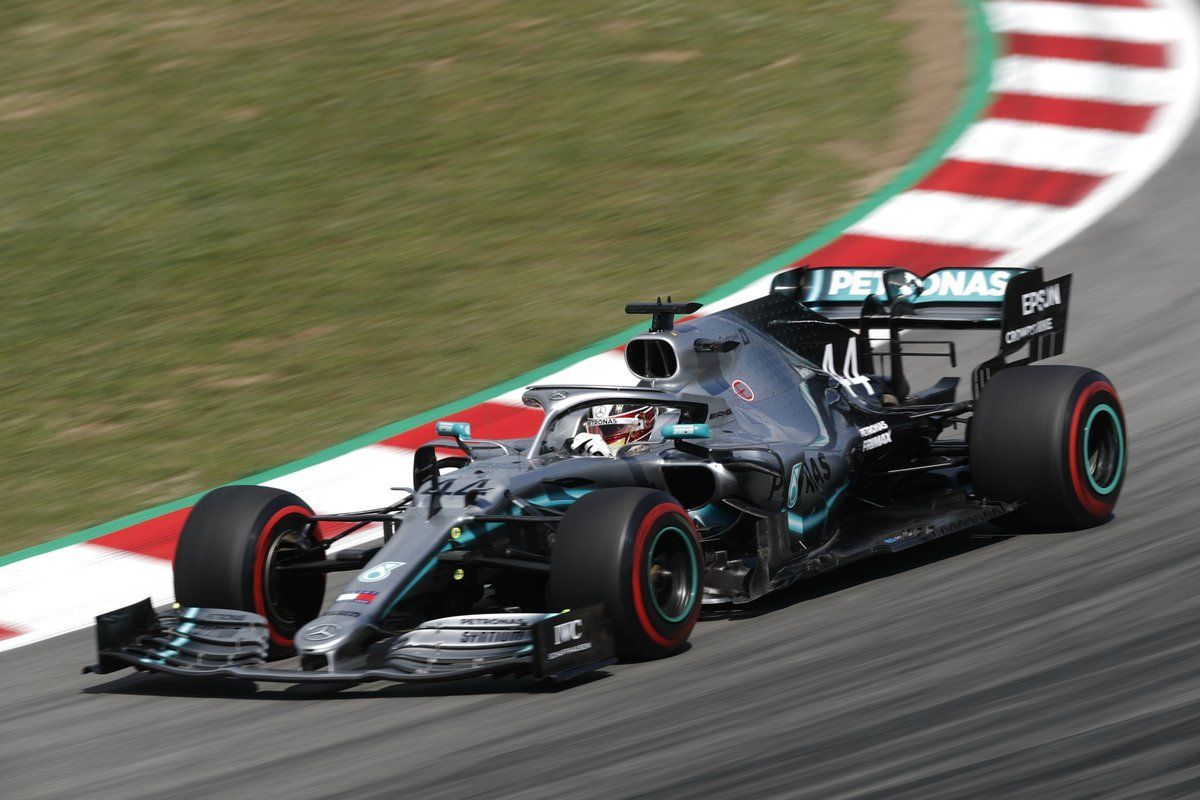 Lewis Hamilton keeps Mercedes on top in the third practice session of F1 Spanish GP with Ferrari’s Charles Leclerc in second and and Valtteri Bottas third.

After a chasing Friday, Hamilton seems on pace in cooler conditions at Barcelona. His teammate dropped out after a spin on his out lap which caused a red flag early in the session. He managed to return to the track towards the end of the session.

The Dutchman only did handful of laps on the soft but couldn’t better the Haas drivers. Toro Rosso’s Alexander Albon (1m17.864s) did well in eighth with Alfa Romeo Racing’s Kimi Raikkonen (1m17.969s) ninth and McLaren’s Carlos Sainz (1m18.003s) 10th.

The Frenchman couldn’t set a time on the soft compound as the session was red-flagged, the moment he ventured out like few others. Alfa Romeo Racing’s Antonio Giovinazzi (1m18.740s) was 16th from Renault’s Daniel Ricciardo (1m18.974s).

It was, in fact, Russell’s gravel moment with nearly two minutes remaining on the clock that got the second red flag which ended the Spanish GP FP3 session early.