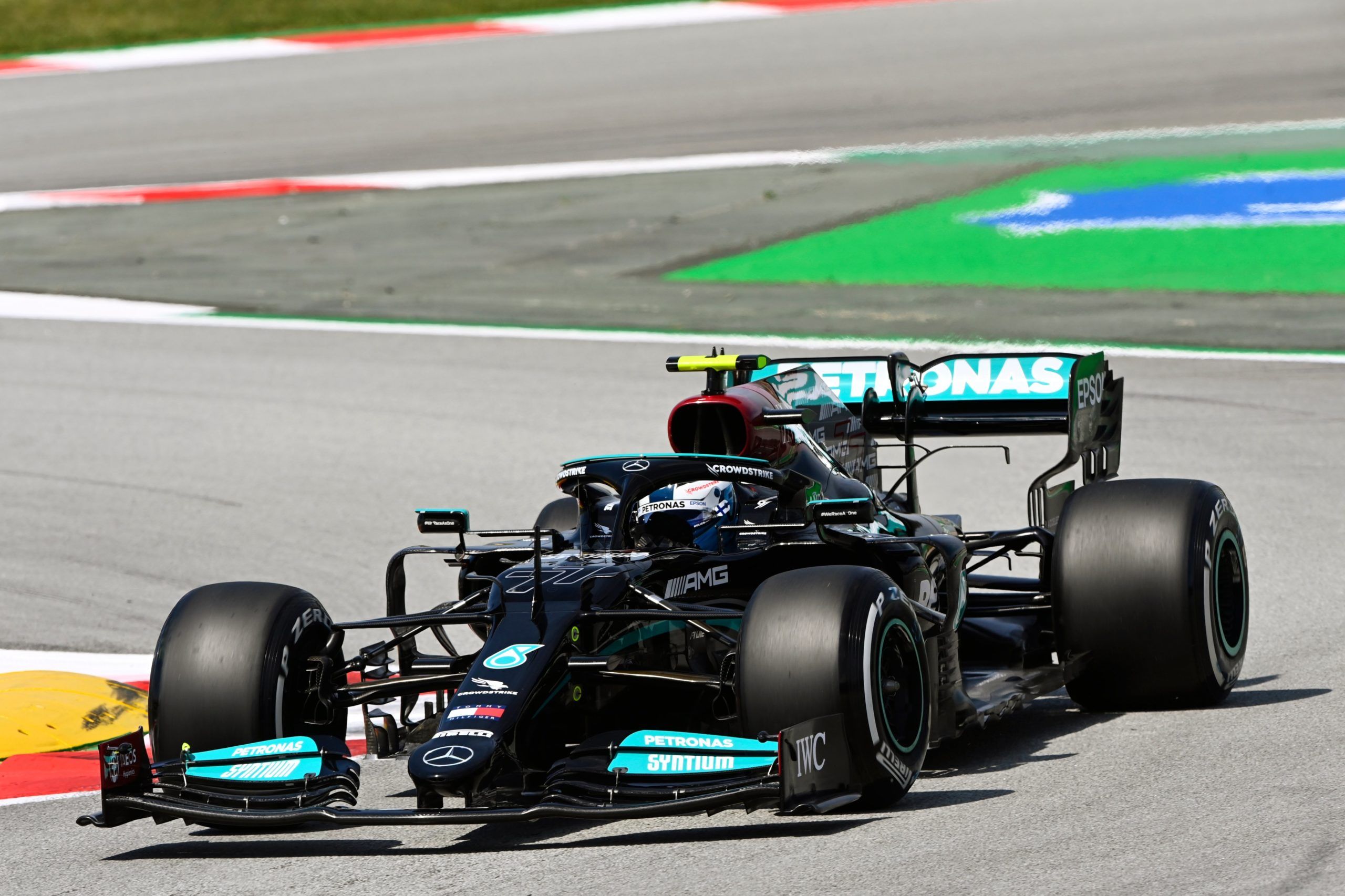 It was a steady F1 Spanish GP FP1 barring yellow flag at the start for an off for Haas’ Nikita Mazepin and a red flag for Alfa Romeo Racing’s Robert Kubica. The latter lost at the new Turn 10 and beached his car in the gravel, in his first run of the 2021 season.

Kubica filled in Kimi Raikkonen after Callum Ilott replaced Antonio Giovinazzi in Portugal. At the front, meanwhile, it was Mercedes on top with Valtteri Bottas with a 1m18.504s lap as Red Bull’s Max Verstappen (1m18.537s) slotted in second, just 0.033s behind.

There was a moment involving Bottas and a Ferrari, where the Finn had to take evasive action and go off, to save himself from crashing into him. Teammate Lewis Hamilton was third after a late lap from Verstappen (1m18.627s), who set his time after red flag.

Perez couldn’t improve the second time around after getting stuck behind a McLaren, as AlphaTauri’s Yuki Tsunoda was 11th from Alpine’s Esteban Ocon. The lead Alfa Romeo was of Antonio Giovinazzi in 13th, while McLaren’s Daniel Ricciardo was only 14th.

Alpine’s Fernando Alonso in 15th was on a different strategy as he set his best time in the first half on the soft compound, as Williams’ Nicholas Latifi was 16th from Roy Nissany, who filled up for George Russell, for his first FP1 run of the 2021 F1 season.

Haas’ Mick Schumacher had a smooth run in 18th from Alfa Romeo’s Kubica, who couldn’t improve on the soft run due to his gravel run. The German’s teammate Mazepin took it slow after an early off to round out the 20 runners in F1 Spanish GP FP1 session.

It's a @MercedesAMGF1 sandwich with @Max33Verstappen in the middle for FP1! 👀#SpanishGP 🇪🇸 #F1 pic.twitter.com/jDj7Kxpsx7