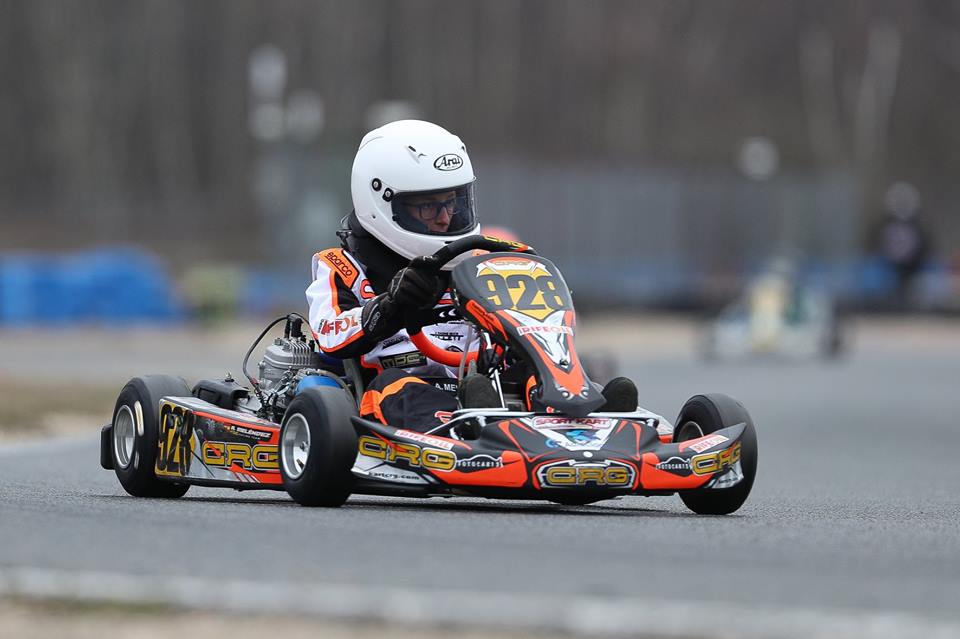 Spaniard driver Alejandro Meléndez became IAME X30 Euro Series Mini champion after he finished 2nd in the last round of the championship which was held in Castelleto (ITA). Czech driver Igor Cepil won the race.

VRK’s Motorsport Daniele D’Urso started the race from pole position and he could keep the position. Italian driver was followed by Blasco Racing Team’s Alberto Hurtado and Alejandro Meléndez. Immediately after, Meléndez overtook Hurtado for the second place.

Some laps later, Hurtado had to retire because of mechanical problemas. Spaniard driver had lost pace and position during all the race.

In front of the race, Team Driver ASD’s Igor Cepil passed Meléndez and D’Urso to get the leadership of the race. At the same time, D’Urso also was overtook by Meléndez and he was 3rd.

Cepil and Meléndez achieved a considerable gap between D’Urso, who was kicked out of the track and returned in the 8th position. FA Racing Spain’s Miguel Peiró climbed until the third position.

Later, it was a battle for the second position between the two spanish drivers: Peiró and Meléndez, which finally was won by Meléndez