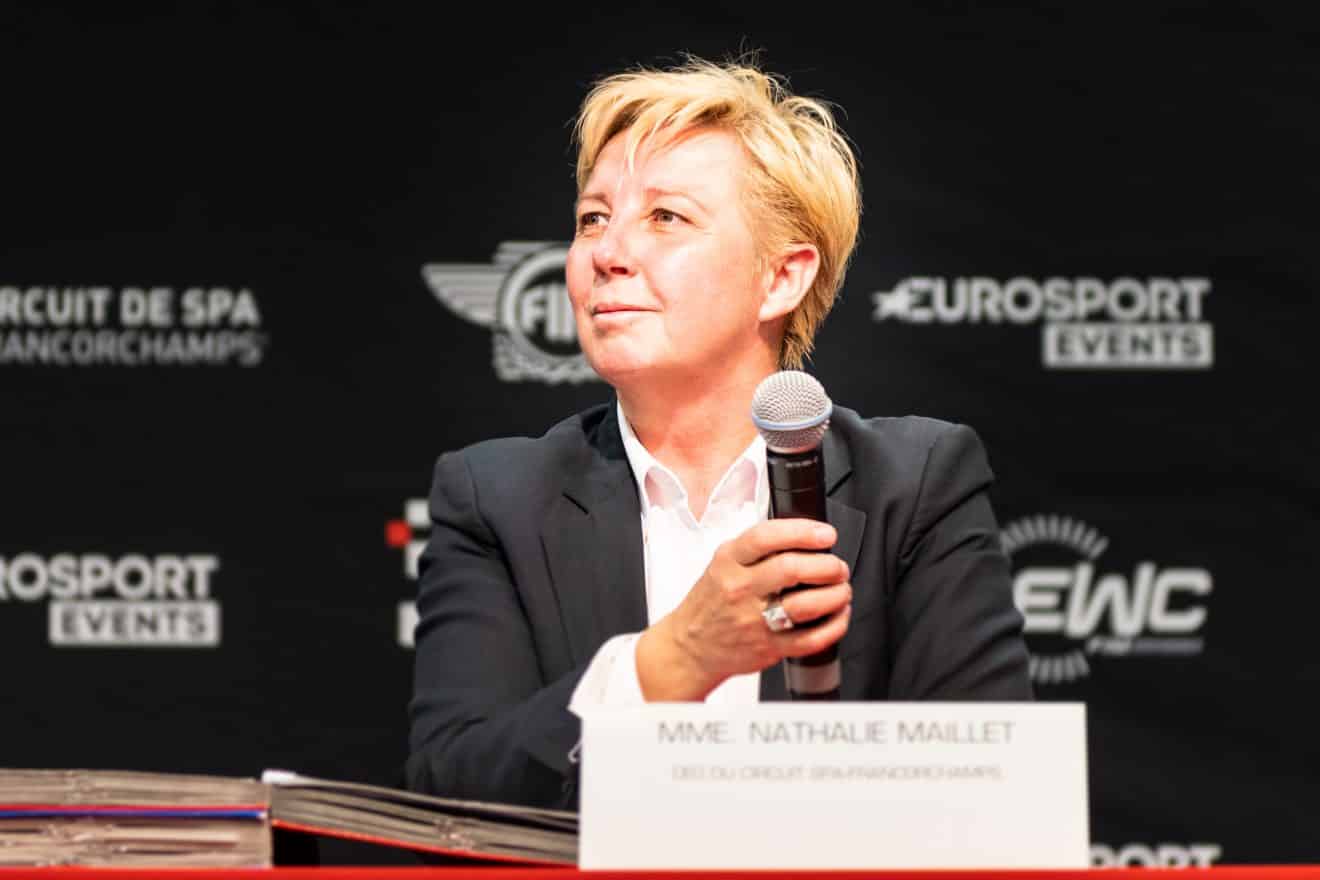 Reports of the death of Spa-Francorchamps circuit director, Nathalie Maillet, has surfaced, where it notes about her being killed by her husband.

While the Spa-Francorchamps circuit is hosting World Rally Championship’s Ypres Rally this weekend and gearing up for the F1 race later this month to kick-off the second half of the 2021 season, news about the murder of its director Maillet, has surfaced.

As per multiple reports from the local news websites in Belgium, it is said that Maillet was killed by her husband, Franz Dubois, at their home in rue de Houffalize in Gouvy. He also murdered her mistress – a lawyer – before killing himself in a suicide.

“I was warned, around 2:30 am, by the police, that a double murder, followed by a suicide, had been committed in this house in the rue de Houffalize,” Gouvy’s mayor Veronique Leonard, was quoted in a report on DH Les Sports.

UPDATE: Hours after the news about Maillet broke, the Spa-Francorchamps circuit confirmed it with a statement of their own. “It is with immense sadness that the teams of the Circuit de Spa-Francorchamps have learned of the death of Nathalie Maillet, Managing Director,” it said.

“On this particularly painful day, all the staff would like to offer their sincere condolences to Nathalie’s family and loved ones. The Circuit but also motor racing, are losing today a passionate woman, strong in her convictions with her eyes always focused on the future.

Paying homage, Melchior Wathelet, Chairman of the Board of Directors of the Circuit de Spa-Francorchamps: “My thoughts are with Nathalie’s family, her parents, her relatives but also her teams. I know how much this news will upset its employees and I wish on behalf of the entire Board of Directors to offer my sincere condolences to the entire Circuit team.

“Today we are losing a very great lady, a motor sports lover and enthusiast, a true leader who will be greatly missed. Nathalie had become the face of the circuit, she embodied this passion for racing that we all share.”

The circuit shared a small biography of her too: “Nathalie Maillet grew up on the circuits with a family of drivers. At 12, she wanted to go karting but the budgets did not follow. After studying architecture at the University of London, England, at age 33, she enrolled in flight school. She won her first Fun Cup in 2006 and was runner-up in the Roadster Cup the same year, followed by several podiums. During this time, she began a brilliant career as an architect and opened her architectural firm specializing in eco-architecture. She also notably co-organized the Nascar Whelen Euro Series – American Festival Finals and the Nascar WES International Competition Circuit Team.”

UPDATE 2: Following the news, several people have posted their respects to Maillet, including F1 and the FIA. “We are deeply saddened by the awful news that our friend Nathalie Maillet has died,” said a statement from Formula 1. “The whole of Formula 1 sends its deepest condolences to her family and friends. The motorsport community has lost an incredible person and we will all miss her greatly.”

At the same time, the FIA stated: “The FIA has been saddened to learn of the tragic death of Nathalie Maillet. Nathalie was the Chief Executive Officer at Circuit of Spa Francorchamps since 2016 during which time she oversaw major development of the iconic race track which hosts a number of FIA championships. On behalf of the entire motorsport community, we wish to extend our condolences to her family and friends.”

More to be added when more information is available