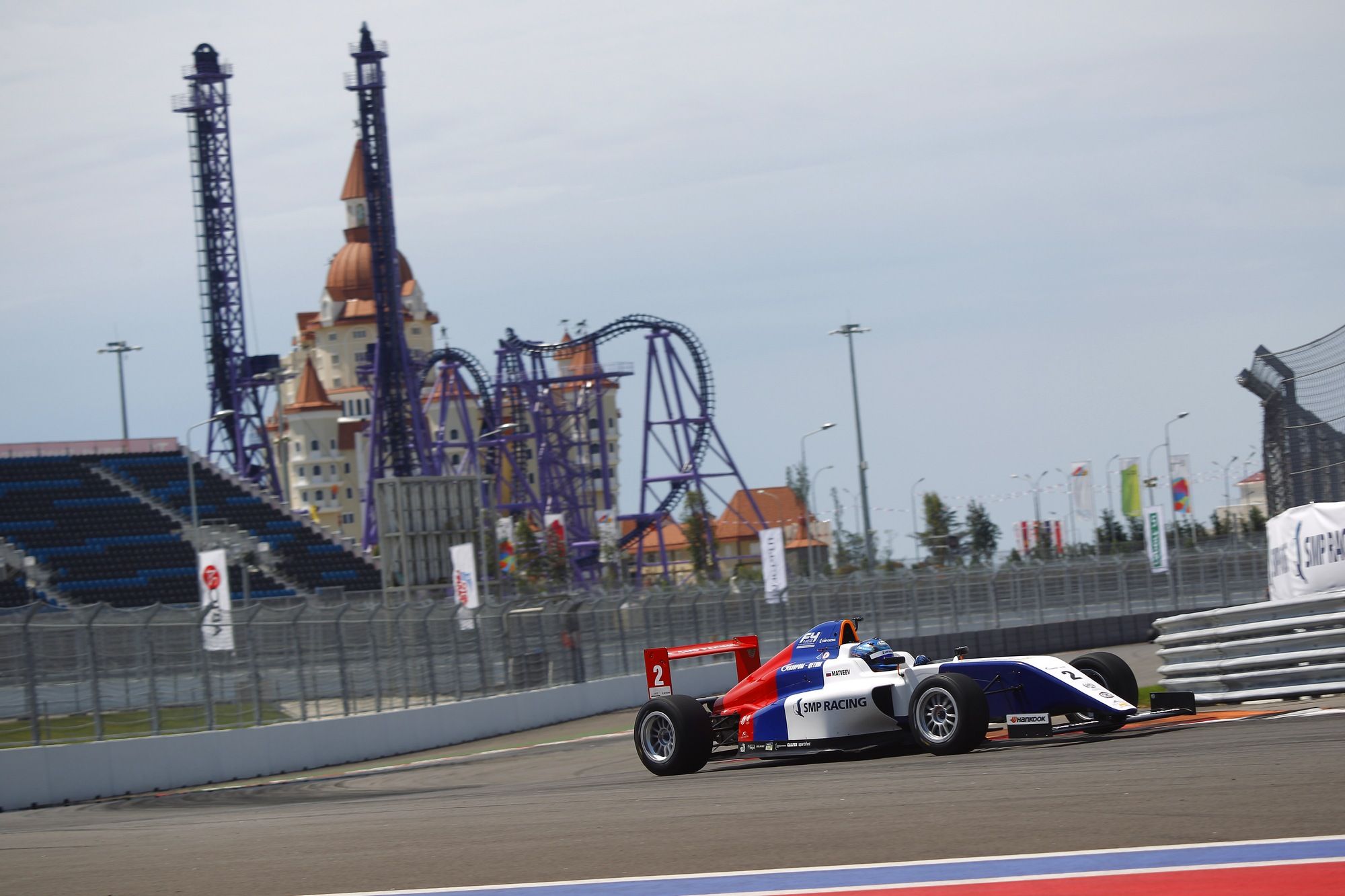 Due to the Formula One Russian round’s organization taking place on Sochi, Autodrom, the seventh and final round of the SMP F4 championship will therefore take place on October 2nd and 3rd.

Sochi will be the theater of a fantastic battle to the second and third position overall as Vladimir Atoev, Aleksanteri Huovinen, Nerses Isaakyan and Aleksey Korneev will all be challenger for the remaining prize of the maiden season of the SMP F4 Championship.