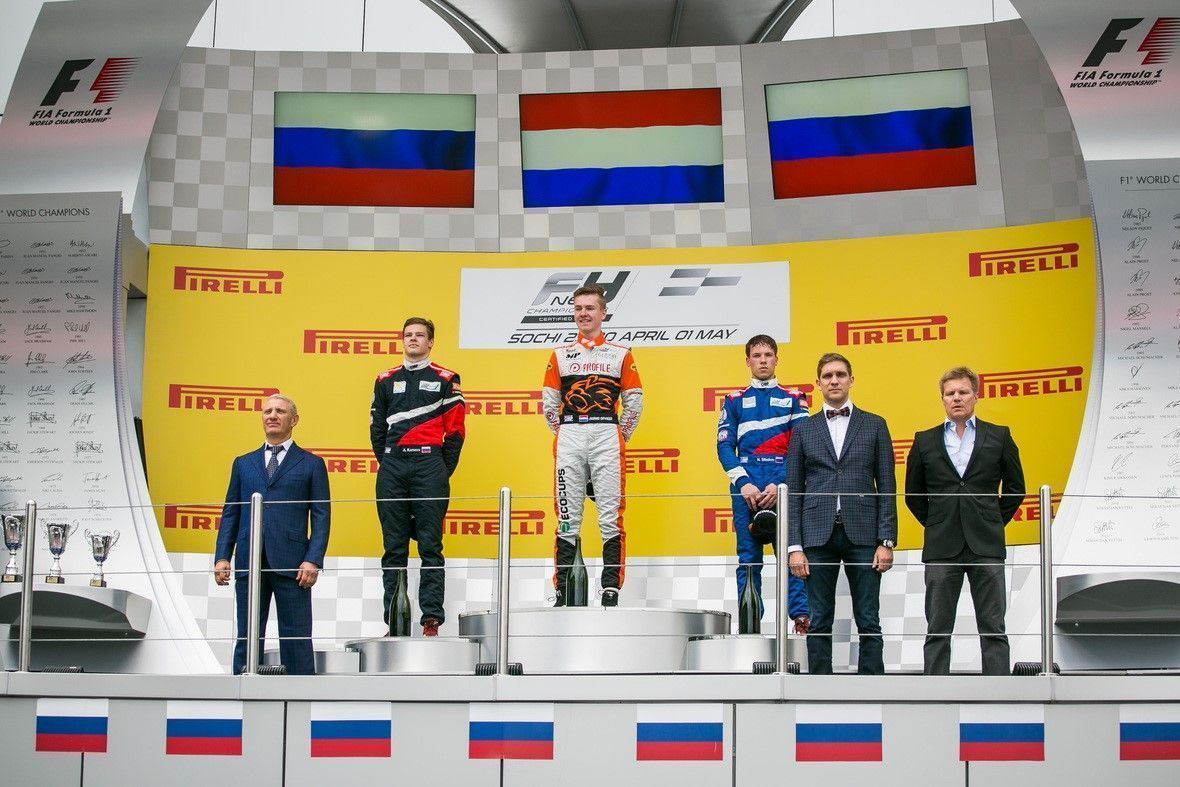 The highlights were the Dutch Jarno Opmeer, and Richard Verschoor, who won in the debut race of the F4 SMP 2016, started in Sochi to coincide with the Russian Grand Prix.

First open-wheel race, first victory. It was a dream debut for Richard Verschoor. His pole was record, 3 tenths faster than last year’s poleman Niko Kari. Although he had to fight hard with his compatriot Jarno Opmeer at the start, he could control the rest of the race and take the first victory.

But in the second race, they returned to fight for the lead, and this time the injured was Verschoor, who made spun to Opmeer after a contact. Verschoor withdrew from the race for damages and Opmeer won and took the lead of the championship.

Aleksander Vartanyan, one of the favorites, was fourth in both races, in the first, after falling 11 °, went up to the top 4. Nikita Sitnikov based on consistency he got among the top drivers of the championship.
Bad weekend for Xavi Lloveras, who finished 8th and 7th respectively after going wrong in qualifying.

The next round will be on Zandvoort, Netherlands, where is expected a tough weekend for the russian and finn drivers.