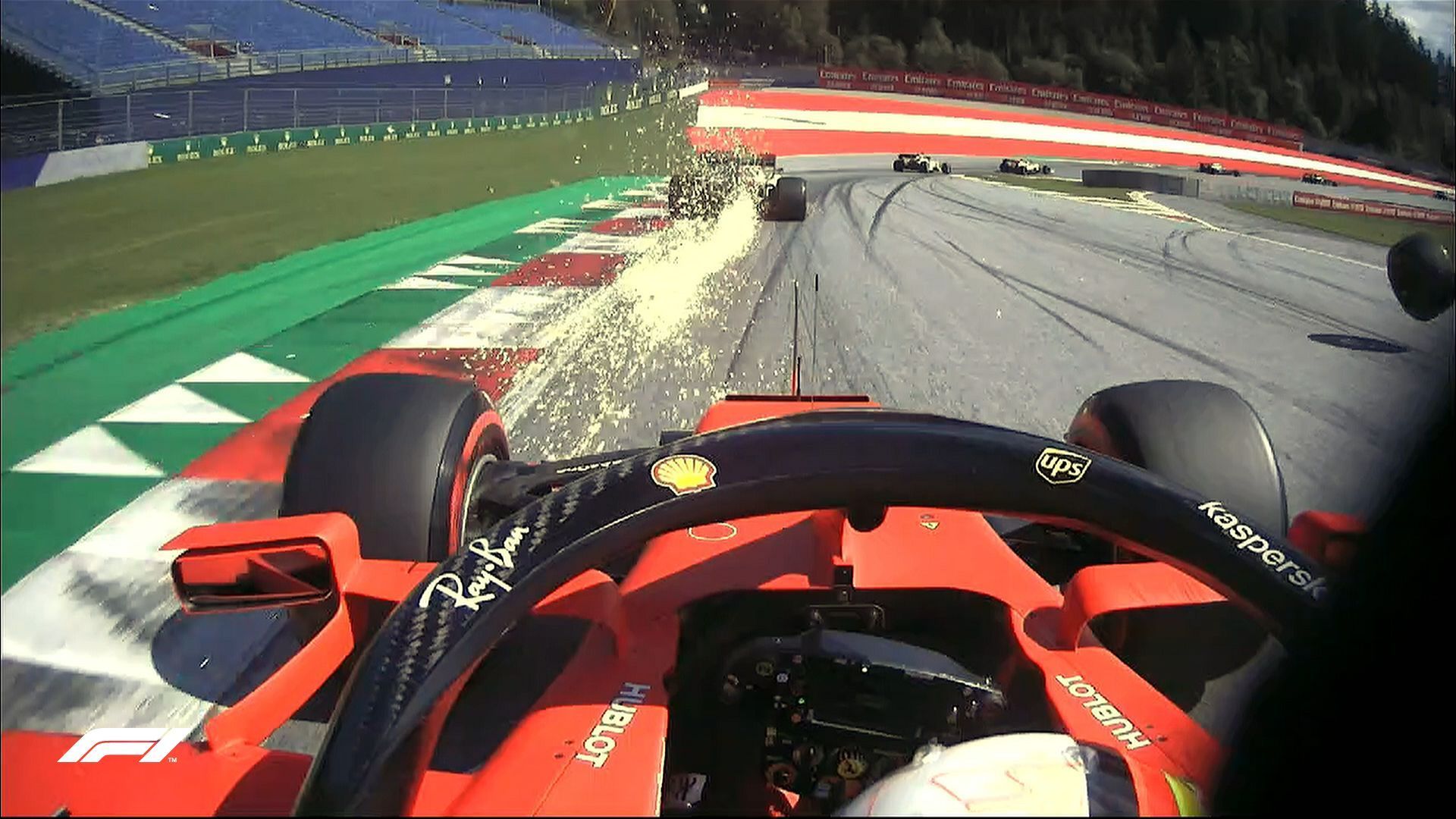 In an already chaotic F1 Austrian GP, a dramatic moment saw no one get injured when the front-right tyre of Raikkonen’s Alfa Romeo car came loose and flew across the track before settling down on the run-off in the final corner of Red Bull Ring.

The incident happened when the pack were re-starting after the first safety car period. Raikkonen had pitted for a fresh set of soft compound while gunning for the Top 10 position. He had about three laps behind the safety car before the incident took place.

F1 showcased the incident from various angles along with the onboard of Raikkonen and Ferrari’s Sebastian Vettel but it was unclear how the tyre came loose. Post-race, the FIA handed Alfa Romeo a fine of 5,000 euros for unsafe release.

The note said: “The Stewards heard from the team representative and reviewed video and technical evidence provided by the FIA Technical Delegate, as well as car telemetry provided by the team. Having examined photos of the damaged wheel and the axle shaft it is evident that the wheel nut of the RHS front wheel got cross threaded during the wheel change which was not identified by the wheel gun operator.

“As a consequence the right back wheel went off when the car was back in the race. The Stewards accept however that neither the team, nor the driver had the opportunity to realise that the car was in unsafe condition and therefore did not stop the car.”

The video from Sky Sports showed the stop where the team member did not see any trouble. Even Raikkonen – while running in a lower speed – did not feel anything but the moment he started to accelerate, his tyre came loose and disaster struck.

Davidson and Chandhok had eagle eyes to spot the moment when the wheel nut flew off the Alfa Romeo car as the tyre loosened. The team is investigating the matter as they will hope to solve it quickly with only days remaining for the next grand prix.

“It’s a shame to end the race like this when things were looking good,” said Raikkonen. “Compared to qualifying, we had made a step forward and we had a reasonable turn of speed. The timing of the first Safety Car cost us places, but we were still in a good position and with new tyres I could have fought for some points.

“Unfortunately then we had to retire: the problem came as a surprise, I had no warning it would happen. We will need to investigate what happened. For now, we can take some positives from our pace in race conditions and keep improving the car.”

While Raikkonen failed to see the flag, Alfa Romeo managed to score two points courtesy of Antonio Giovinazzi after a solid drive, making the most of the opportunity. “I am really happy with the result,” he said. “After our difficult qualifying, to get to the points was the maximum we could do.

“The race wasn’t easy, we struggled a little at the start but we got stronger as the race went on. Of course, in such a chaotic race you need a bit of luck, but we were ready to grab any chance with two hands when it came.

“We put up a big fight for this and in the end P9 is a great way to start the season. I am really happy for the guys and girls in the garage and back at home. There’s still a lot to improve but it’s just the first race of the season.”