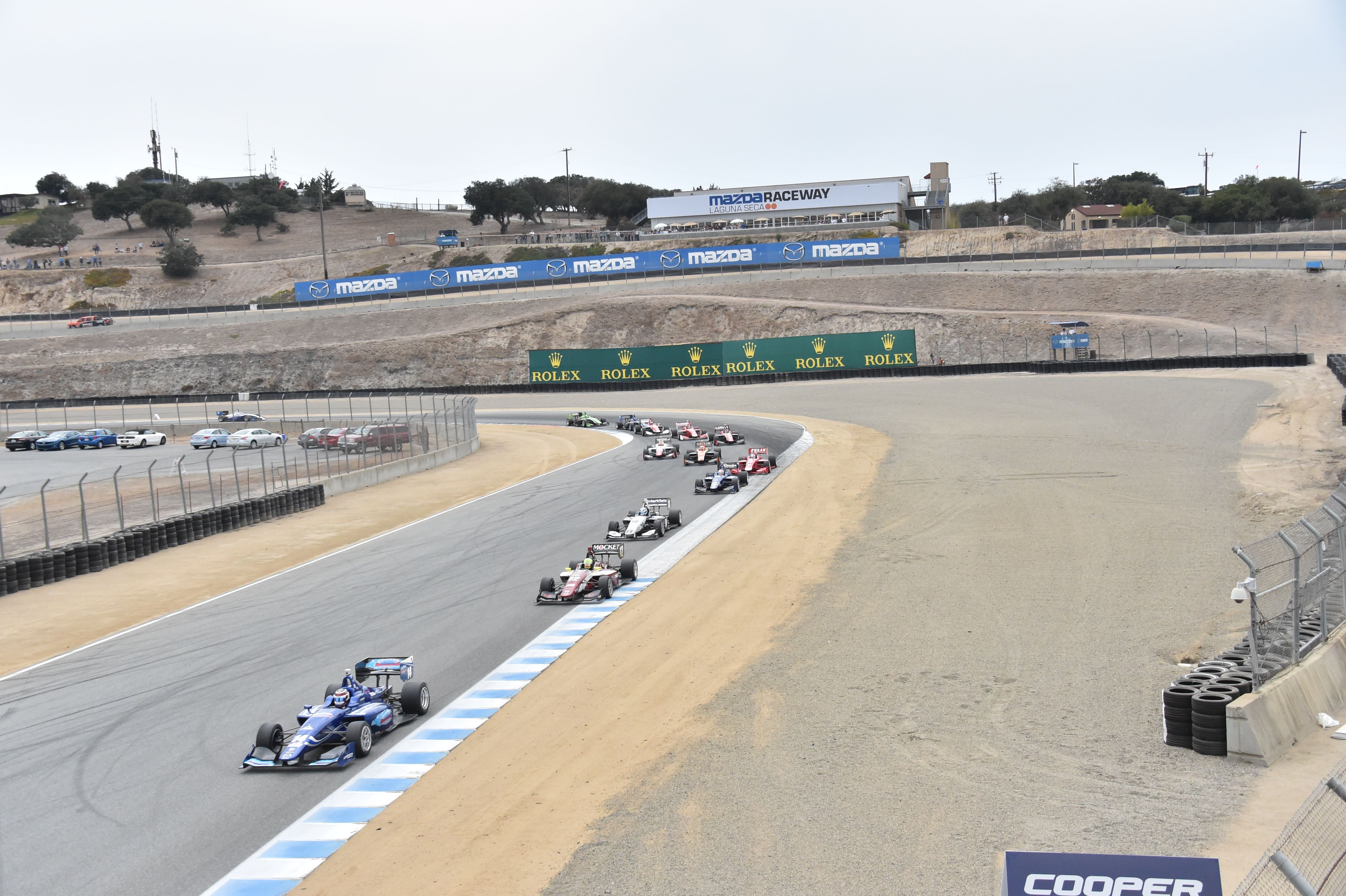 The 2016 Indy Lights Presented by Cooper Tires season will conclude this weekend with a doubleheader in the Mazda Road to Indy finale at Mazda Raceway Laguna Seca. Six drivers remain in contention for the title and a one-million dollar scholarship for three guaranteed Verizon IndyCar Series races including the Indianapolis 500.

On top of the standings Santiago Urrutia of Schmidt Peterson Motorsports leads Ed Jones of Carlin by one point. Urrutia had a lead of 16 points before the previous race at Watkins Glen and he scored an additional point for the pole position at the Glen. However he struggled in the race and eventually a flat tire dropped him to 12th place. Meanwhile Jones finished in second place, reducing the gap to one point.

Urrutia and Jones have raced in a same series once before; in 2013 Jones won the European F3 Open while Urrutia finished fourth. In 2014 Jones moved to the FIA European Formula 3 Championship where he finished in 13th place. Jones scored two podium finishes, yet missed four race weekends due to a back injury. Meanwhile Urrutia was racing in the GP3 Series where he scored no points and finished in 23rd place.

In 2014 both drivers headed to Mazda Road to Indy. After a poor season in GP3, Urrutia redeemed himself in Pro Mazda Presented by Cooper Tires by winning the title in a dominant fashion and receiving a scholarship to advance to Indy Lights. Jones made his Indy Lights debut in 2014 as his former European F3 team Carlin joined the series. He finished his rookie season third in the points standings, outperforming his teammate, former Formula One driver Max Chilton.

This season Urrutia has impressed by winning four races and leading the series in his rookie season. Meanwhile Jones has remained as one of the top drivers in Indy Lights. Both drivers have experience of Laguna Seca from last year; Urrutia scored two second places in Pro Mazda whereas Jones scored third and fourth places in Indy Lights. If the title battle remains close, Urrutia has the advantage of four victories before Laguna Seca as opposed to Jones’s two.

Dean Stoneman of Andretti Autosport is third in the standings, 23 points behind Urrutia. 23 points is a big gap, however there are 33 points available in both races (30 for victory, one for pole position, one for fastest lap, and one for most laps led). Yet with 15 cars on the entry list, Urrutia and Jones (and everybody) will score at least five points by starting a race. If Stoneman scored 33 points from both races, he could win the title for example if Urrutia had a third place and missed the podium in the other race, and Jones didn’t get at least a second and a third place.

Stoneman is the 2010 FIA Formula Two champion, however he missed the following two seasons as he was diagnosed with testicular cancer. He had recovered from his illness in 2013 when he made his racing comeback in Porsche Carrera Cup Great Britain and made his first two starts in the GP3 Series. In 2014 Stoneman had a full season in GP3, finishing second in the standings. In 2015 he raced full-time in Formula Renault 3.5 Series, finishing sixth in the standings, as well as started six GP2 Series races with a best result of a ninth place.

This season Stoneman made his Indy Lights debut. He scored his first victory in the second race of the Indianapolis road course. Two weeks later he won the Freedom 100, beating Ed Jones by mere 0.0024 seconds in the closest-ever Indianapolis finish. Besides the two victories this season, Stoneman has two second places, achieved at Road America and Mid-Ohio.

Three more drivers remain mathematically eligible for the title, however their title chances are very slim. Zach Veach of Belardi Auto Racing dominated the previous race at Watkins Glen, yet his gap to Urrutia is 31 points. Félix Serrallés of Carlin is 38 points from the leader and Kyle Kaiser of Juncos Racing is down 40 points. Given Urrutia and Jones in the lead are separated by just one point, it’s hard to see them both stumbling enough to let drivers over 30 points behind to surpass them. 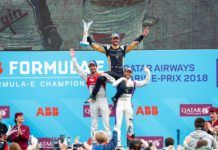