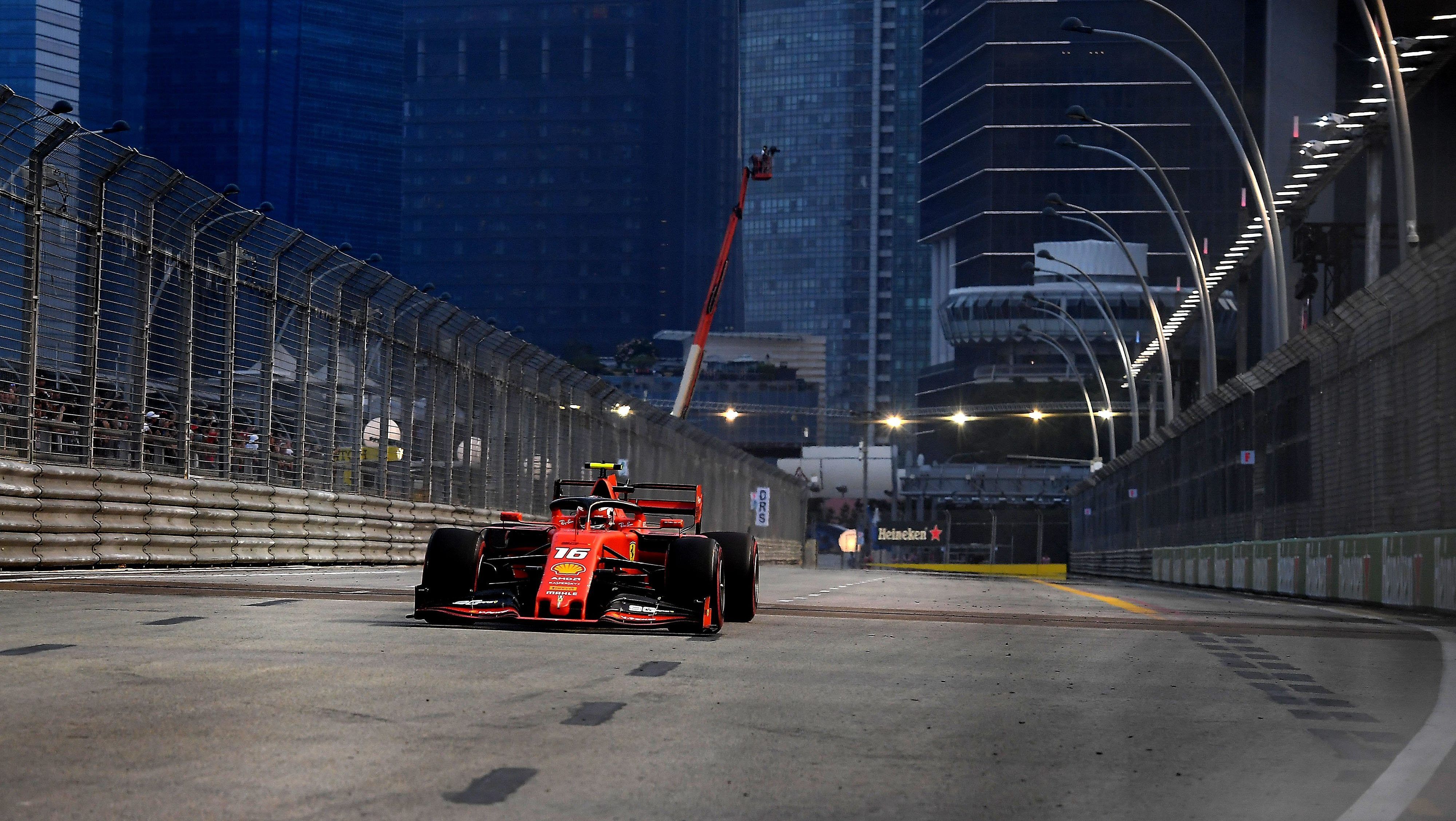 The first part of F1 Singapore GP qualifying under the lights at Marina Bay Sands circuit had Mercedes lead the way with Valtteri Bottas ahead of Lewis Hamilton as they ran two different compounds.

Ferrari’s Charles Leclerc was third and comfortably ahead of Sebastian Vettel. There was minor scare for McLaren’s Carlos Sainz when he reported of lack of power on his out lap but he continued on.

There was no strategy difference for Sunday’s Singapore GP as everyone used the soft compound for their first runs. Alfa Romeo Racing’s Kimi Raikkonen had trouble though after hitting the wall.

The team changed few bits as he ventured out for the final run. Interestingly, both the Ferrari drivers went for a quick lap with Leclerc ahead of Vettel by 0.070s and Hamilton third.

The fight for Singapore GP pole got interesting with Vettel taking provisional pole with a 1m36.437s lap ahead of Leclerc and Red Bull Racing’s Max Verstappen, with the two Mercedes behind.

Replays showed Vettel brushing the wall on his quick lap but was unharmed. The second runs saw a delayed run out from the Mercedes drivers and Red Bull’s Alexander Albon.

The second run went haywire for Vettel as he dived into the pits without completing the lap with Leclerc improving eventually to make it three out of three F1 poles in Singapore GP with a 1m36.217s lap.

UPDATE: Post-qualifying, the FIA summoned Renault and Ricciardo as the Australian exceeded the MGU-K limit during his Q3 lap. After a hearing later in the day, he has been disqualified from qualifying as expected.

Renault stated: “Renault F1 Team acknowledges the decision from the FIA Stewards to disqualify Daniel Ricciardo from the qualifying session of the Singapore Grand Prix after he benefitted from an advantage measured at one-microsecond due to a kerb hit that caused his MGU-K to overrev on his slowest lap of Q1. The decision will therefore not be appealed.”

His disqualification means some of the drivers will at least stand to gain one place, while a penalty for Perez will see some gain two places, with Ricciardo likely to start from the back.