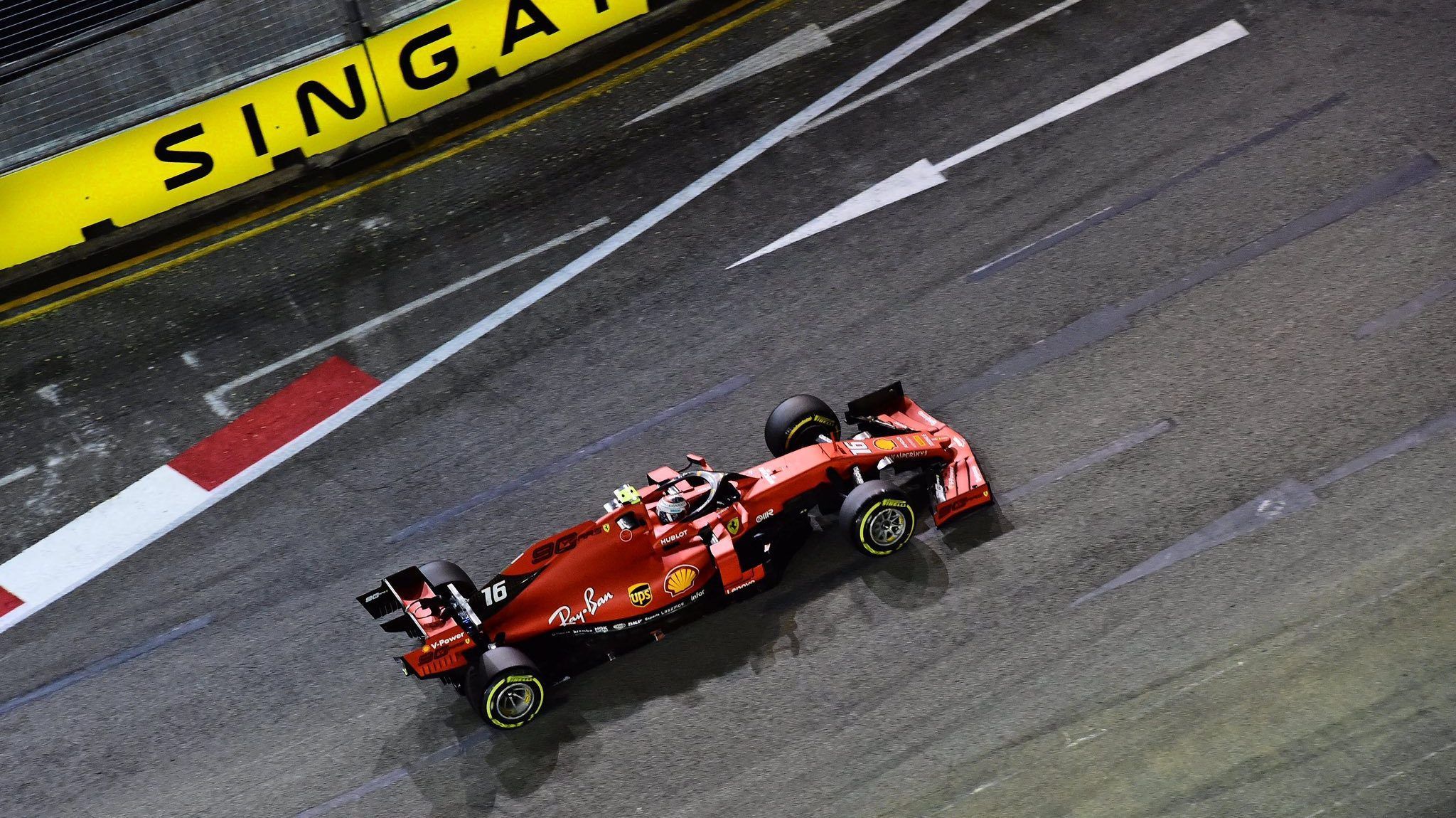 It was not quite a smooth FP3 run in F1 Singapore GP at Marina Bay Sands with Leclerc fastest for Ferrari with a 1m38.192s lap from Mercedes’ Hamilton (1m38.399s), with the British racer not having the great run.

Uncharacteristicly, Hamilton spun on his out lap on cold tyres and ran into traffic on his quick lap. He had to re-do it and went second best to Leclerc, showing Mercedes’ advantage for Singapore GP.

Albon had a spin again post his quick lap while Verstappen had a bad third sector to lose time. The two McLaren drivers followed up with Renault duo rounding out the Top 10 positions.

Just missing on the Top 10 was Racing Point’s Lance Stroll (1m40.209s) with the Canadian left to do more work after a wall hit for Sergio Perez at Turn 20 which caused a red flag due to debris from right rear.

The lone Toro Rosso of Pierre Gasly (1m40.339s) was 12th after a suspected issue with Daniil Kvyat sidelined him with just the three laps but no time. Alfa Romeo Racing’s Kimi Raikkonen (1m40.953s) finished 13th.