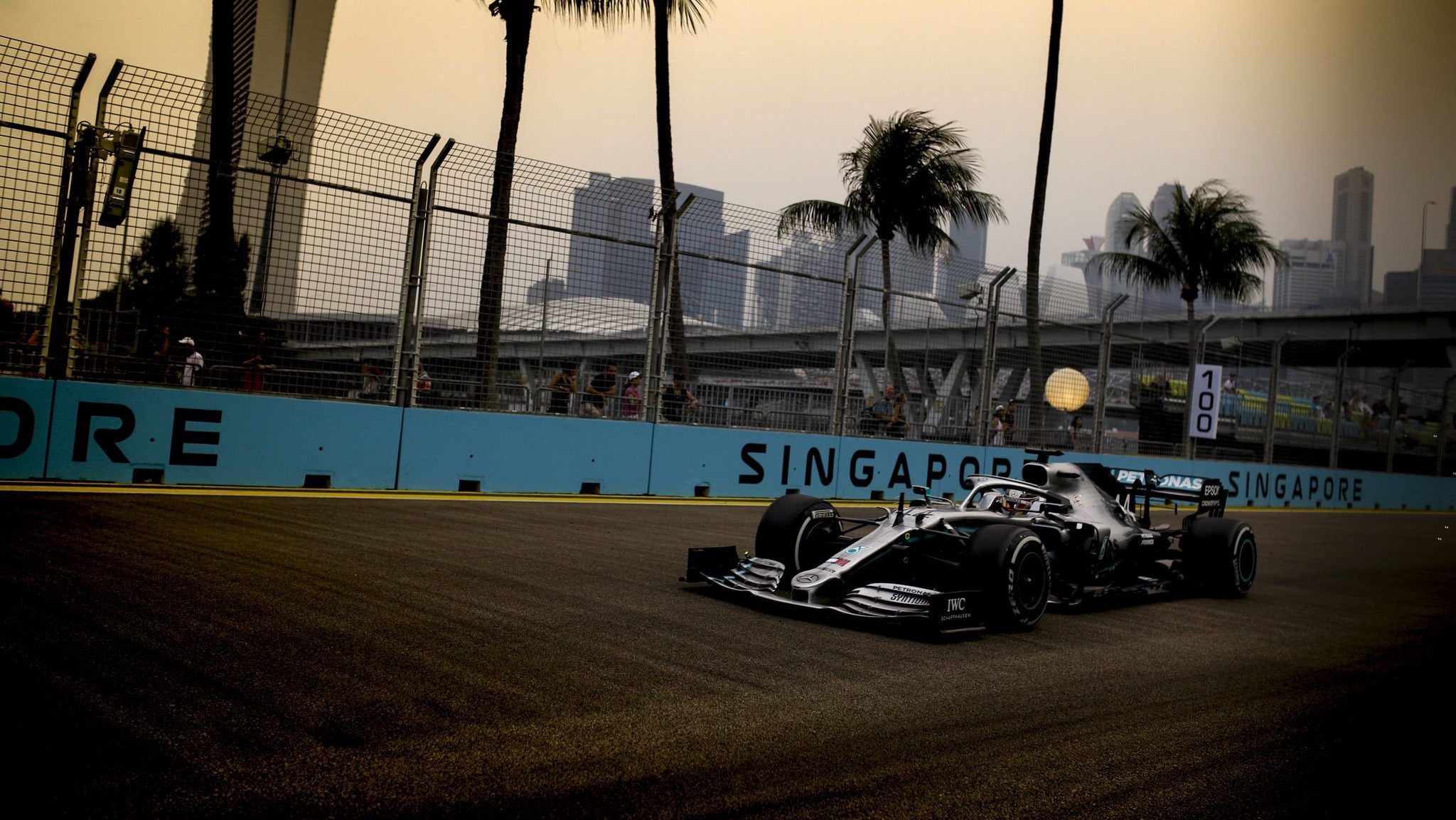 Mercedes’ Lewis Hamilton ended up fastest in FP2 of F1 Singapore GP with Red Bull Racing’s Max Verstappen in between him and Ferrari’s Sebastian Vettel.

As expected Mercedes and Hamilton were quickest in FP2 of F1 Singapore GP at Marina Bay Sands circuit under the floodlights with the Brit registering a 1m38.773s lap – one of the two to dip in the 1m38s bracket.

Looking at the gap to Red Bull’s Verstappen (1m38.957s), it looks like Mercedes has more in the tank with Red Bull actually in the mix with Ferrari with Vettel (1m39.591s) ending up third.

Leclerc had a new gearbox fitted after issues in FP1. McLaren’s Carlos Sainz (1m40.145s) was best of the rest in seventh with Renault’s Nico Hulkenberg (1m40.324s) eighth in a McLaren sandwich from Lando Norris (1m40.361s).

Racing Point’s Lance Stroll and Haas’ Romain Grosjean had wall brush, with the latter also having a spin over the kerb. Teammate Kevin Magnussen had a run-in with Racing Point’s Sergio Perez, which had radio swears in it.