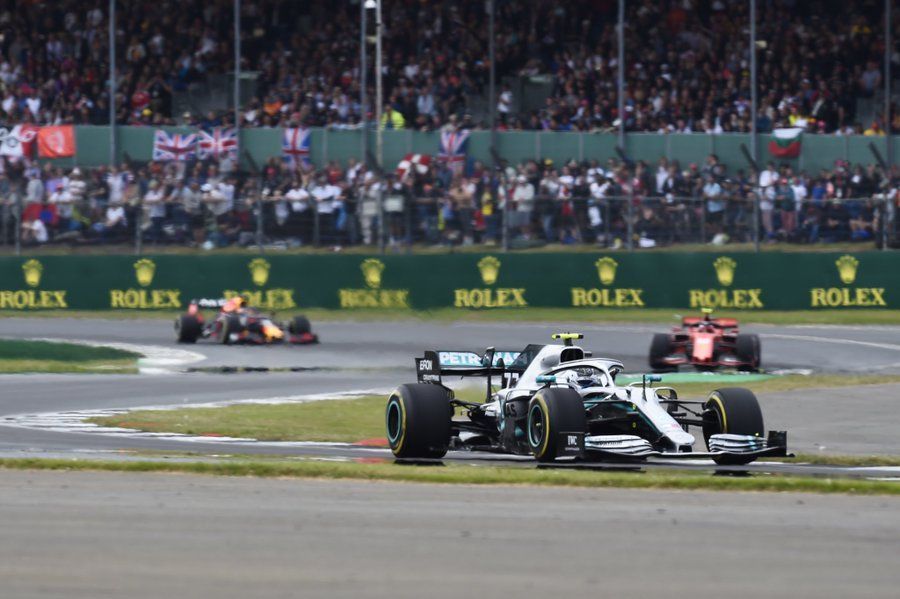 Mercedes’ chief strategist James Vowles feels most of the F1 teams were caught out in their tyre selection of hard compound for British GP due to track resurface.

Following the disastrous MotoGP event in 2018 due to adverse weather conditions, the owners of the Silverstone circuit decided for a full resurface again for the 2019 event – both F1 and MotoGP – which was completed few weeks before the F1 race.

There was positive reaction in general from the F1 side but some did feel that there could be a different reaction from the MotoGP end with the bumps at certain corners. There were no undue dramas on track due to the resurface but off it, teams got their tyres wrong.

With teams having to decided the number of the compounds they are to use for a particular race weekend, nearly two months before the event, they rely on data from the older races to make the decision. But with Silverstone getting resurfaced, the data became obsolete.

The teams banked on soft and medium mostly but the hard compound ended up being a better race tyre as many decided to switch from a two stop to a one stop strategy, with the safety car also playing a key role in their decision making.

Lewis Hamilton benefited largely after losing out to Valtteri Bottas early on to eventually win the British GP. In their post-race debrief, Mercedes’ Vowles admitted the teams getting it wrong eventually. “As we know, Silverstone was relaid again this year,” he started.

“The tarmac was pulled up down to the bare surface of the old airfield and relaid. That was also done one year ago but there were few issues with it, the reality is that the job they done this year was perfect. The track surface was vert-very smooth throughout.

“It was extremely grippy, in fact, more so grippier than we expected. Going into event, we have to choose an allocation of tyres and that’s done about eight weeks ago. So, based on our information from last year how track was, we would not need the hard tyre.

“Something changed this year after, in fact, the French GP, we learned that actually the hard tyre on a surface like that may prove to be useful, but it is too late. We can’t change our tyre allocation and the same applied for Red Bull Ferrari as well.

“All the three teams went into the race without many hard tyres and as it turns out, that proved to be fairly costly. You need information on the tyre that you may spend a lot of the race on and as you saw most team migrated to the one stop strategy.

“They went to medium-hard. So, when you get a change in surface, it creates unpredictability. A lot of the data from a year prior, you really have to throw out to a certain extent and start from scratch.”

Vowles also explained the strategy situation with Hamilton and Bottas, as they eventually changed it to a split one to allow for a stiffer competition towards the end of the grand prix, but the safety car eventually played into the hands of Hamilton for a Mercedes 1-2.

They also did not pit Bottas under the safety car because of him having track position over Ferrari and Red Bull Racing. It is unclear though what the scenario would have been, had Max Verstappen cleared Sebastian Vettel without a tangle.