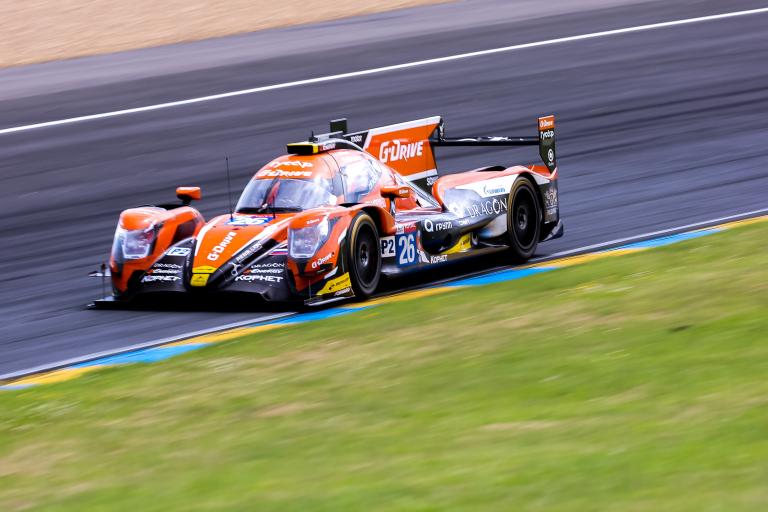 The #26 G-Drive Racing outfit of Jean-Eric Vergne, Roman Rusinov and Andrea Pizzitola have been stripped off from their 2018 Le Mans 24 Hours LMP2 class victory after more than 24 hours from the race finish as per the stewards ruling.

The Russian outfit had won LMP2 class by two laps margin from the #36 Signatech Alpine of Nicolas Lapierre, Pierre Thiriet and Andrea Negrao. As a result, the Signatech takes over the win and fifth place overall.

It also promotes the #39 Graff-SO24 Oreca of Vincent Capillaire, Jonathan Hirschi and Tristan Gommendy to second as the #32 United Autosports Ligier of Juan Pablo Montoya, Hugo de Sadeleer and Will Owen completes the class podium.

The Anglo-American takes the final spot after finishing fifth as the fourth placed #28 TDS Racing of Loic Duval, Matthieu Vaxiviere and Francois Perrodo were also disqualified for the same fuel restrictor reason.

The statement from the stewards read:

“The competitor intends to appeal the decision and has 96 hours in which to confirm his intent, so the results of the 24 Hours of Le Mans therefore remain provisional.”

As the stewards mentioned, the teams have 96 hours to file an appeal until then the results stands provisional. Behind the Top 3, it is the #37 Jackie Chan DC Racing Oreca in fourth from the #31 DragonSpeed Oreca and #38 Jackie Chan DC Racing – all three finishing inside the Top 10 overall.