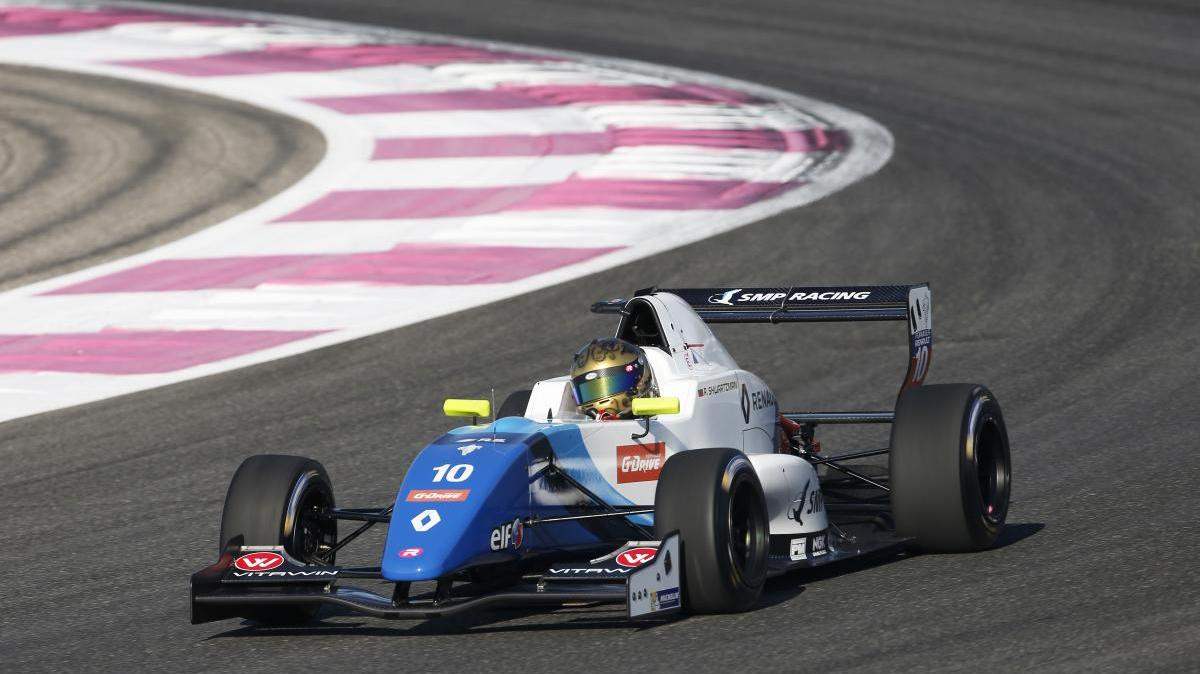 Robert Shwartzman has won the first race of Formula Renault at Paul Ricard, France. The Russian has won after an aggressive maneuver at the end of the race with Fenestraz. Defourny and Ye complete the podium.

It was a race with a lot of retirements. Alexey Korneev, Axel Matus (AVF) or Presley Martono where the first to abandon. Later on was Henrique Chaves (AVF) who did the same due to a flat tire.

Meanwhile, Shwartzman attacked Defourny aggresively, in a wheel-to-wheel battle the Russian managed to overtake his teammate, and then caught Fenestraz to fight for the first place.

The race was se intense, and more crashes happened. Dan Ticktum (Arden Motorsport) hit Gabriel Aubry (Tech 1 Racing) and as a consequence they lost points position. At the same time, Razak and Panckiewicz also suffered an accident between them and caused the safety car.

A safety car that would leave the fight for victory just one lap away. Shwartzman did not hesitate to try to overtake Fenestraz but he made a last minute move, touching Fenestraz who watch how his car turned round.

Shwartzman find himself in the lead and obtained the victory, although the maneuver with Fenestraz is being under investigation. Max Defourny and Yifei Ye (Josef Kaufmann Racing) complete the podium.