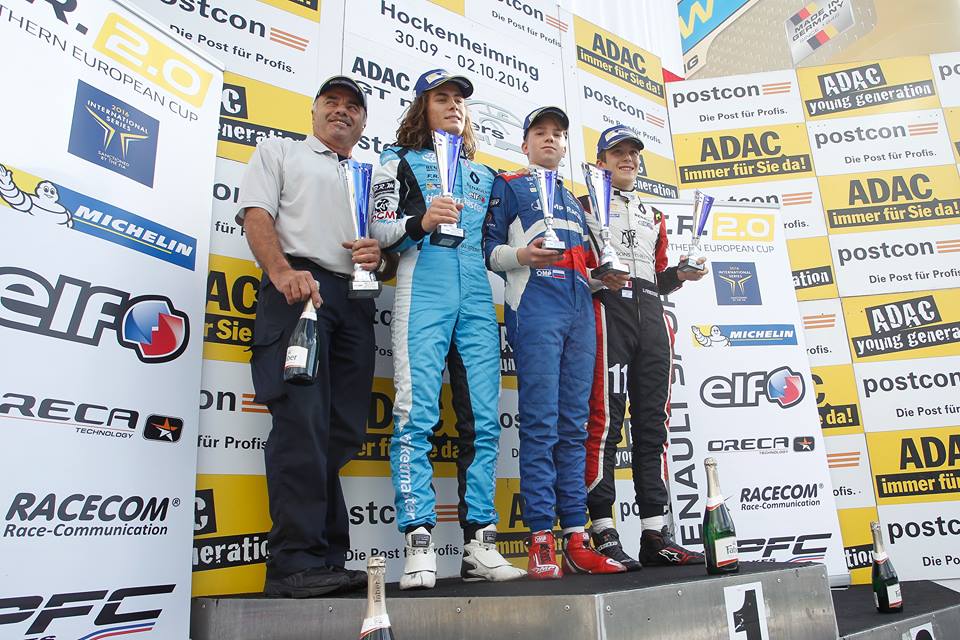 Lando Norris with a 4th place finish had enough to take the Formula Renault 2.0 NEC championship. The Race was for his team mate Robert Shwartzman, who finished in front of Defourny and Fenestraz.

The Tech 1 Racing drivers had a really hard battle but the yesterday winner, Sacha Fenestraz took the third position, while De Sadeleer then was overtook by Lando Norris.

So at the end of the Race 2, Shwartzman kept Defourny behind to take his second win in the series, while Defourny second hasn’t had enough to avoid Lando Norris taking the championship.