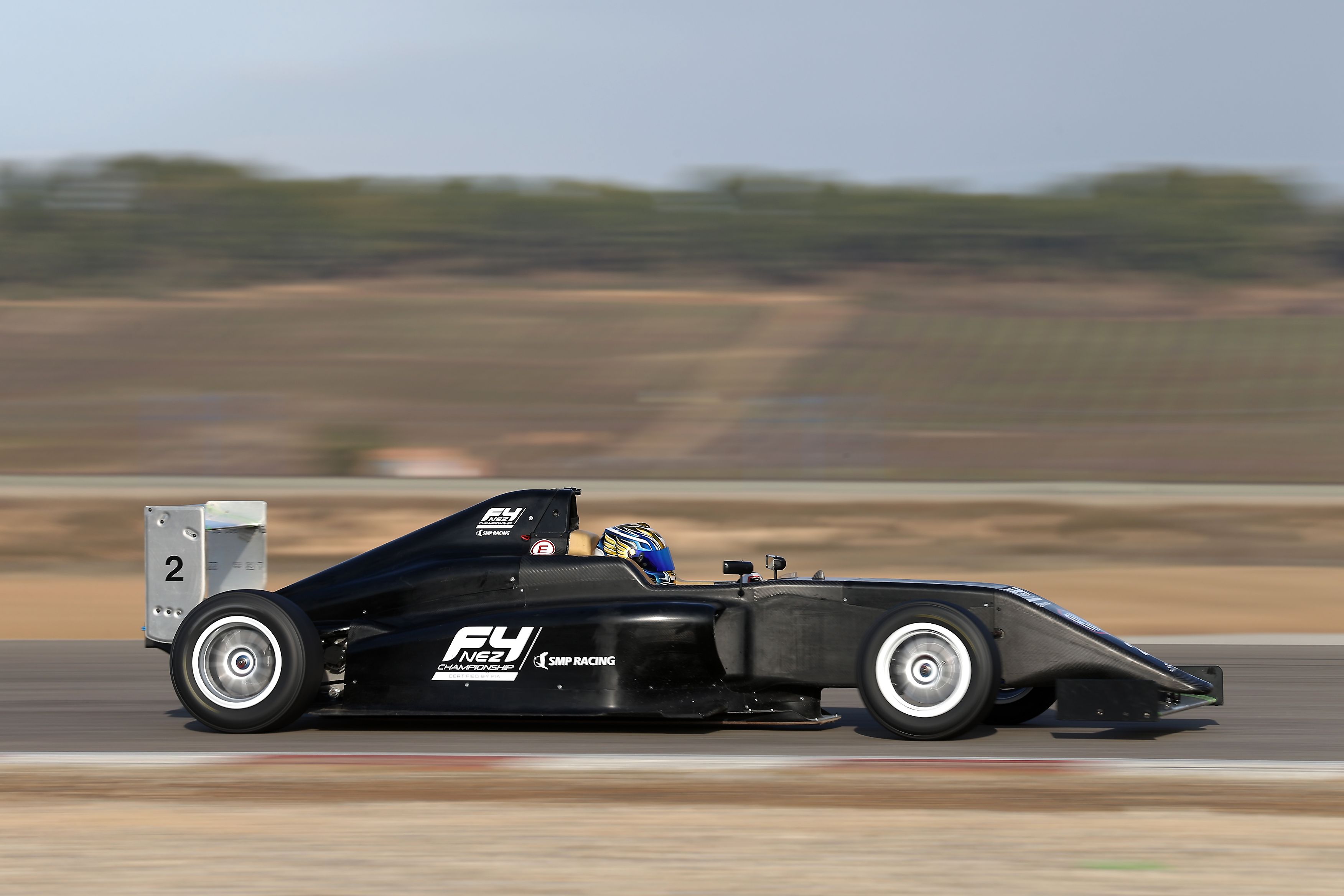 And the first test of the SMP F4 Championship has come to an end after four days testing with seven different drivers. And today, with a track in constant improvement since Monday, the record of the test has been broken by Niko Kari who lapped the Spanish track in 1.29,8 this afternoon on his third set of new Hankook Ventus Formula tyres.

Aleksanteri Huovinen had an impressive learning curve after only two days in the F4-T014 as his best time of the day was 1.30,2, 8 tenth faster than on his Day 1.

For the Russian Vladimir Atoev, it is more than 1.4 seconds improvement as he signed a 1.30,2 on his morning new set.

« It has been four very interesting days, the seven drivers showed that they are willing to learn and work hard. This is for most of them the first year in single-seater and we are here to accompany them into this learning process for them to be ready to fight when the time will come. I have to say that for 16 years old drivers, they are all very involved and listening to our advices. I am really looking forward for the next test, to confirm what they have learnt. This is the beginning of a great adventure, the beginning of the SMP F4 Championship »

The next testing session is schedule from February 2nd until February 5th on another Spanish track, the Circuit of Albacete.