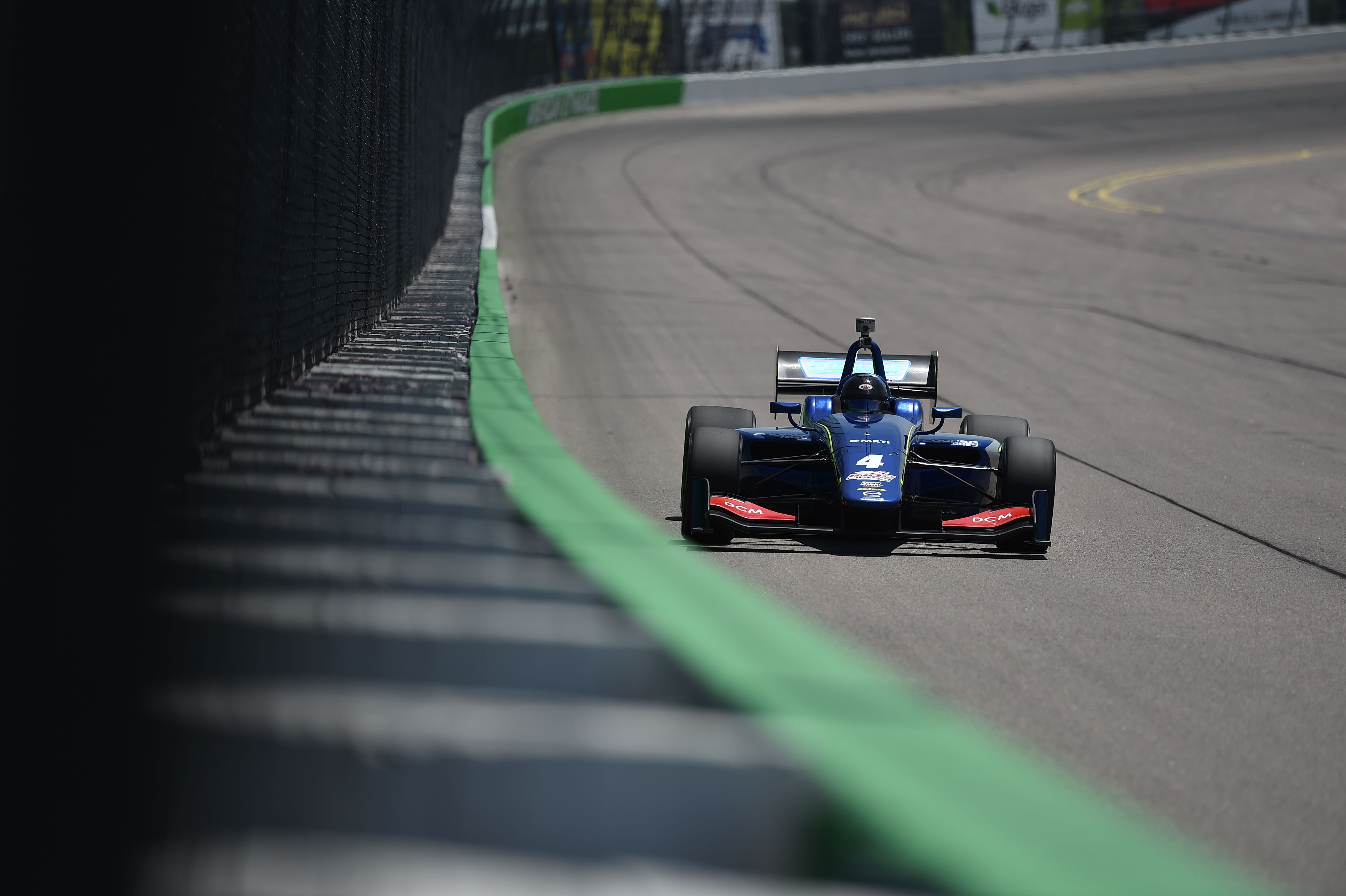 Felix Serralles has taken the victory in the Indy Lights Race at Iowa Speedway (oval). The Cuban driver had a nice battle with Zach Veach who has to shape with second position. Ed Jones completes the podium and continues in the lead of the championship.

The drivers started the race with driver’s championship standings positions due to the cancelation of the qualifying session because of rain.

So it was Ed Jones (Carlin) who started on pole position and kept this place at the start, running in front of Dean Stoneman (Andretti Autosport), Felix Serralles (Carlin), Zach Veach (Belardi Auto Racing) and Santiago Urrutia (Schmidt Peterson Motorsports).

Jones was under pressure by Stoneman but it was Serralles who overtook both drivers for the lead. Jones and Stoneman were also overtook by Zach Veach who reached the lead with 20 laps remaining.

But it was Felix Serralles who takes the victory after overtake Veach with two laps to go. Jones completes the podium.