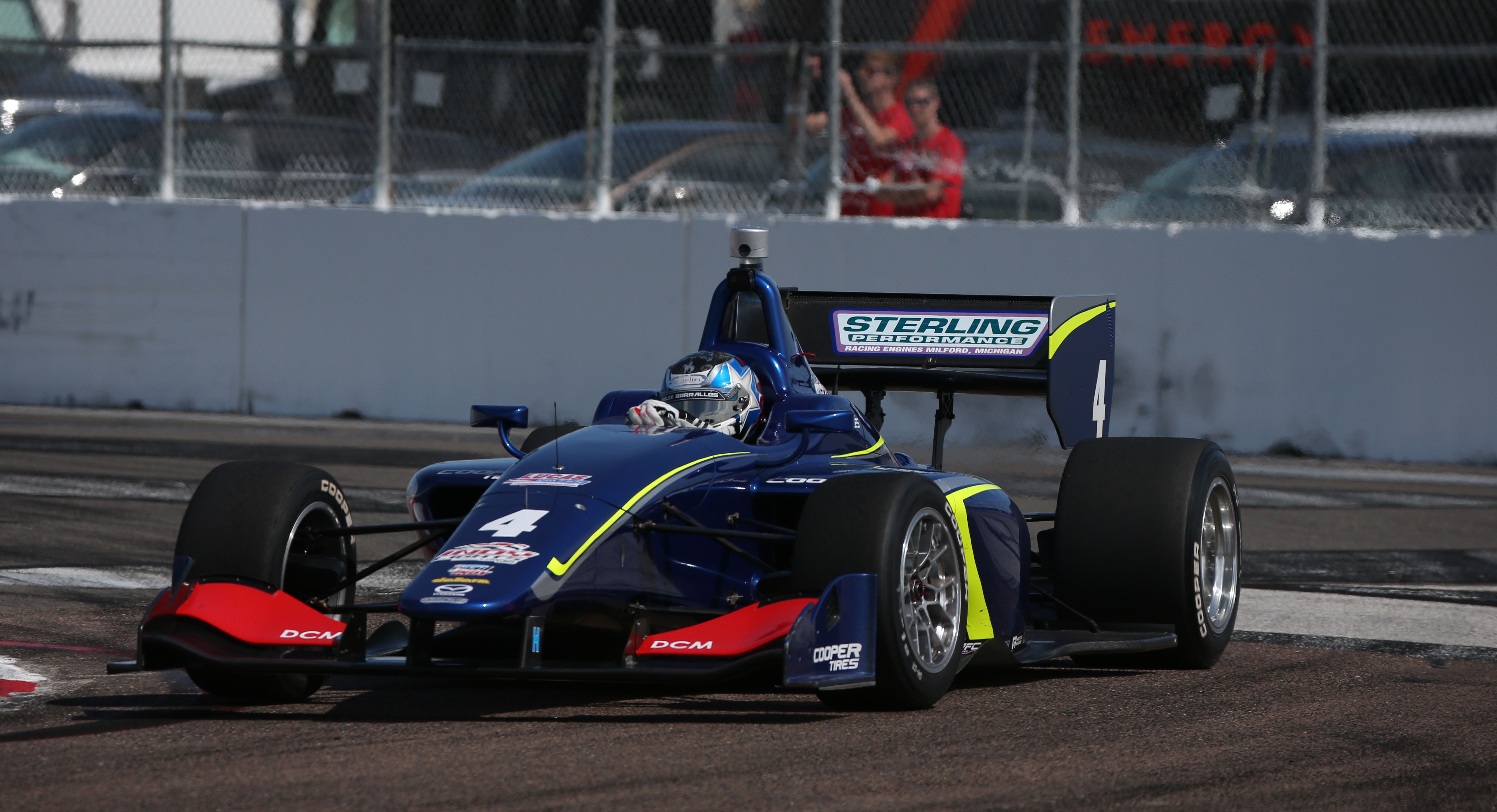 Felix Serralles took his second career Indy Lights Presented by Cooper Tires win and the third straight Grand Prix of St. Petersburg triumph for Carlin Motorsport in the March 12 opening race of a doubleheader weekend to start the season.

Starting seventh, Serralles quickly forced his No. 4 car into second place, following Zach Veach to the front on the first lap. Veach pulled away and led the first 17 laps while Serralles bided his time in second place.

When the engine on Veach’s No. 5 Belardi Auto Racing Dallara IL-15 suddenly shut off on Lap 18, Serralles screamed past and never looked back. The native of Ponce, Puerto Rico, drove flawlessly in the final 13 laps and took his first win since Milwaukee last year by 5.5336 seconds over Scott Hargrove of Team Pelfrey.

“I just had to keep everything clean,” Serralles said. “Qualifying didn’t really go to plan, the red flag really hurt our session.

“It was a good result. I just tried to do everything right, minimize any mistake and save the Cooper tires. I could push to catch Veach, but my front tires were going away. I’m just really happy to get my first win to start the year.”

Kyle Kaiser of Juncos Racing, who sat on the pole but never led, finished third. The second race of the Indy Lights weekend is scheduled for 9:45 a.m. ET March 13.