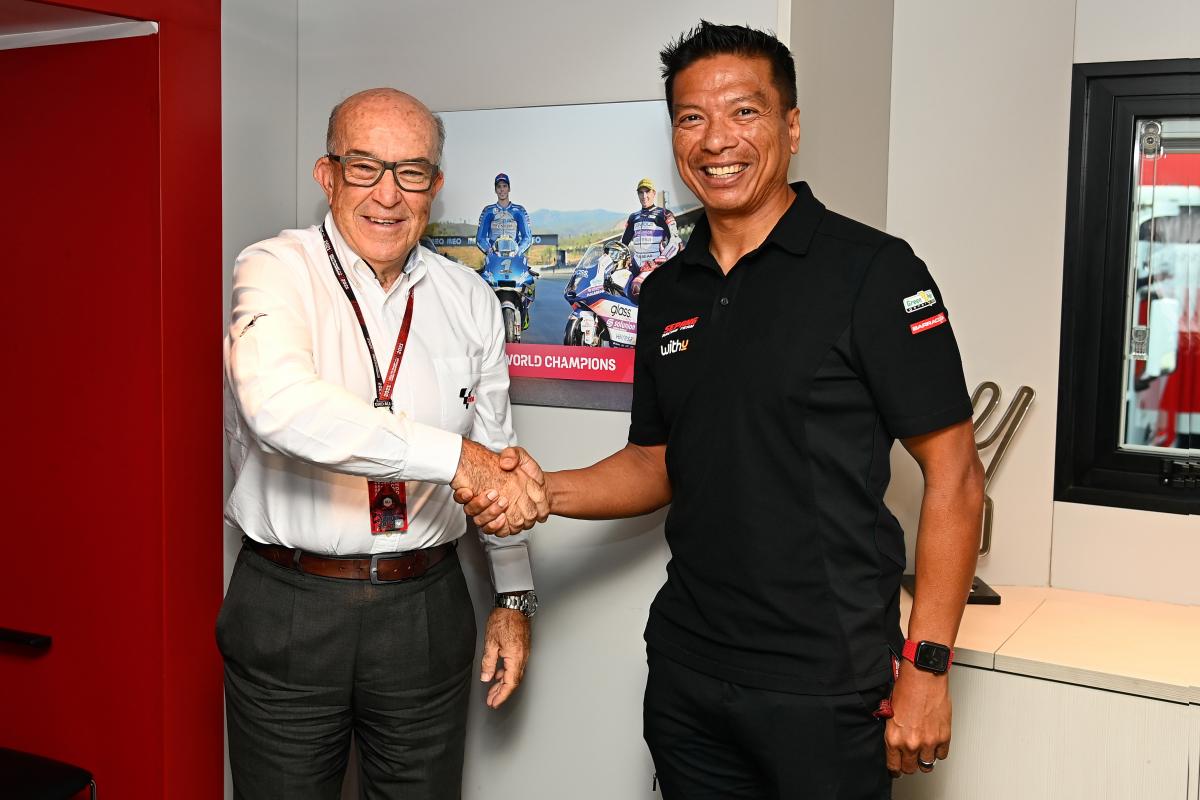 The Sepang Racing Team will be re-branded as RNF MotoGP Racing team from 2022 onward, after Razlan Razali signed a contract with Dorna Sports.

After the pull out of long-time supporters, Petronas and Sepang circuit, the Sprinta Racing Team decided to end its journey not just in MotoGP, but also Moto2 and Moto3 from 2022 onward. Its boss Razali, though, guaranteed the future of its premier class outfit.

They noted of a re-brand, which has now been confirmed on the eve of the San Marino GP, where Razali signed a contract with Dorna Sports chief Carmelo Ezpeleta. It will run as an Independent outfit under the current set of regulations for five seasons.

While it hasn’t been confirmed yet, but they are most likely to stick being a Yamaha satellite outfit, considering the Japanese manufacturer signed a deal with Andrea Dovizioso, for not just the rest of the 2021 MotoGP season, but also 2022.

“It has been a whirlwind journey for us,” said Razali. “In recent months, we have put all our efforts to reset, rebrand and relaunch as a fresh and stronger MotoGP team. I would like to thank Carmelo for his continued trust and confidence in me to begin this second chapter with a newly rebuilt team competing in MotoGP’s premier class for the next five years.

“For the season ahead, under the new entity of RNF MotoGP Racing, the rebranded team will continue our blueprint that have proven success before. Expectations will be high and we will push hard to meet these aspirations. Equipped with the experience we gained and having achieved multiple highlights in the past, we look forward to the 2022 season as an even stronger team entry.”

At the same time, Ezpeleta added: “It is a pleasure to continue working and partnering with a team structure headed by Razlan Razali, under the new RNF MotoGP Racing. Our long working relationship has been exciting for both fans and the competition.

“I know Razlan is very passionate about this project and I’m sure we will continue to see great things from the new team in the upcoming season and beyond. Razlan has been a great asset to the MotoGP family since his days in Sepang, and has helped to grow the sport in Malaysia and across the important South East Asia region in general.”