While it hasn’t slowed the pit stop by a huge margin, but the little adjustment to a set time for the mechanics has caught them off-guard a bit. Since they have to adjust to the changes, it is resulting in some mistakes by almost everyone on the grid.

The last race in Sochi saw multiple slip-ups – not all related to the new TD. On McLaren side, Daniel Ricciardo had a slow stop and team chief Seidl believes it was likely down to the mechanics adjusting to the new directive and not having enough practice.

“I think just relating it to pitstops would be wrong because I think you can see at the moment throughout the pitlane that I know it’s a consequence of the TD that the spread in terms of pitstop times we see throughout the pitlane is quite big as issues happen,” said Seidl to media including FormulaRapida.net.

“On our side we also had one bad stop with Daniel at Sochi where we had an issue on the front left corner,” summed up Seidl. They were not alone as few others had slow stops and Red Bull were one of them. Although the Sochi one was not directly related to the new TD, but the directive was put forward to slow them down indirectly.

“We had a very slight delay on the wheel off, and then the clutch, he spun up the rear wheel, which then took more time to re engage the wheel so it was, it was frustrating,” said Horner to written media. “It wasn’t a TD issue, it was unfortunately – as I said – there was a slight delay in the wheel coming off and the clutch was released when he was on the stand.

“Then that just compounded the problem. I doubt the TD will be reversed. I just think in season changes are never great, but it is what it is, it is the same for everybody so we’ve got to get on with it,” summed up Horner.

Here’s Lando Norris and George Russell on their improvements 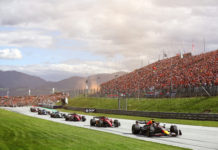 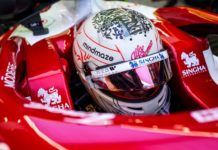 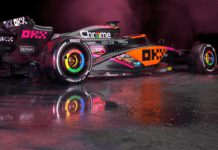 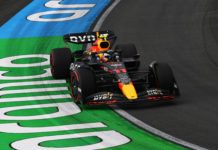 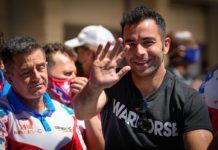 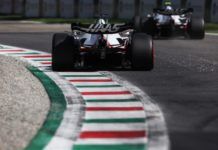