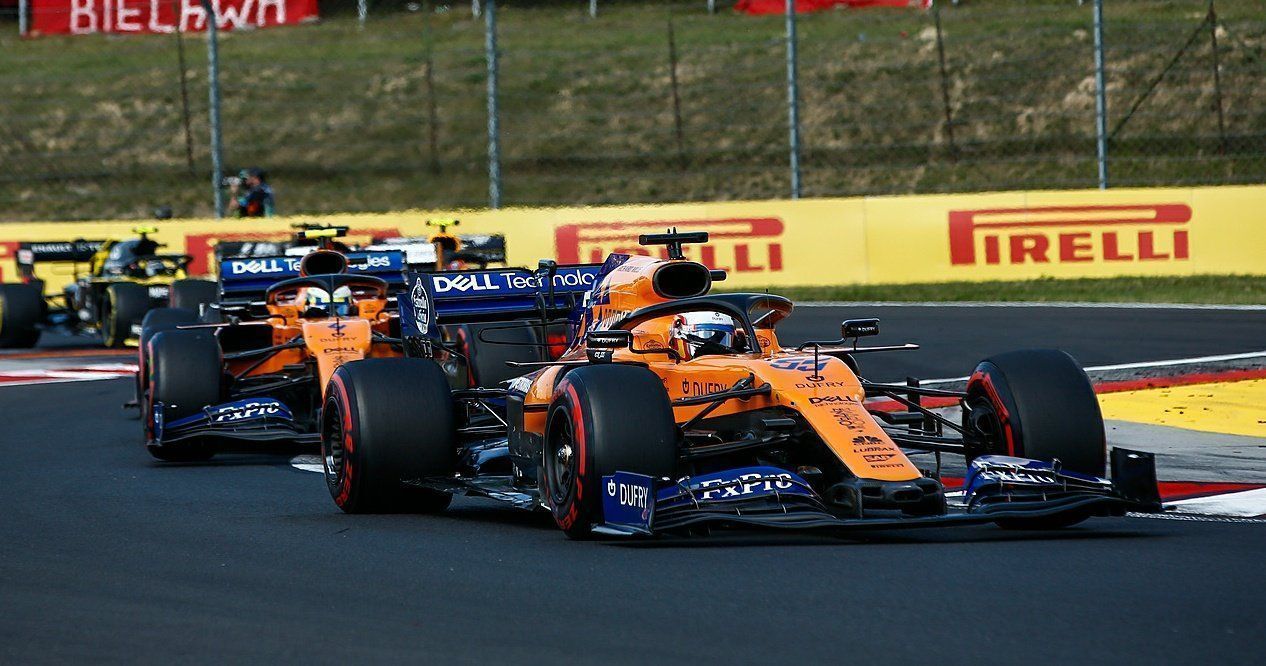 McLaren F1 boss Andreas Seidl has praised its pairing of Carlos Sainz and Lando Norris as the F1 2020 switch is being looked at.

With all the changes being done, McLaren also opted to have a new line-up for the 2019 F1 season with Sainz coming in alongside Norris, who graduated from FIA Formula 2 Championship.

McLaren moved from the idea of having at least one world champion in the car for the first time since the 2008 season when they had Lewis Hamilton and Heikki Kovalainen – the year Hamilton claimed his first F1 title.

The new pairing coupled with improved car has worked wonder for the team as sits comfortably in fourth while its competitors struggle to match consistency, even Renault, whose McLaren is a customer.

“Carlos’s technical ability has been impressive from the start,” said Seidl. “He has very clear feedback and he provides excellent direction in terms of development. Combine that with his qualifying pace, his ability as a racer and his positivity, and you have a driver who’s a great asset to the team.

“I should add that he also did a very good job over the winter working on the correlation between the simulator and the racetrack. As for Lando, this might be his rookie season, but he has never had a problem dealing with the pressure of the race weekends from his first grand prix onward.

“I was incredibly impressed with how he got into Q3 in his first qualifying session in Melbourne. And he has also shown that this wasn’t just a one-off. He also took the right approach, for example, when it came to his first few race starts within the midfield, where he made sure he stayed out of trouble especially on the first lap.

“He has since built up the confidence he’s now showing with excellent race starts and first laps, followed by great races. It’s simply impressive how these young guys are managing so much and pulling it off with great maturity.”

When asked about the improved performances of MCL34, Seidl reckons the work put in by Zak Brown in the last few years was key towards the current results. It is now to carry on the momentum, especially with the 2020 switch.

“The changes Zak has initiated over the last year have been crucial to the development of the MCL34 and the progress we’ve made as a team so far this year,” he said. “A lot of hard work went on before I joined to ensure that we learned from our weaknesses last year and from previous seasons.

“It was obvious at the first winter test in Barcelona that we’d improved both our reliability and performance from 2018, and we’ve consistently been in the top 10 at races so far. We haven’t always had the fourth-fastest car, but we’ve executed our race weekends well.

“There are always things you can do better, but we should take some satisfaction from the progress we’ve made. Our target for rest of 2019 is clear: to maintain this momentum until the end of the season.

“We’ll continue to bring updates after the summer break, and we definitely want to fight for P4 in the constructors’ championship until the end of the season in this tight battle. At the same time, it will be important to switch the focus of the team to next year’s car at the right time.

“It will be the first car under the full technical leadership of James Key. From there, our clear target will be to once again make the next step in terms of competitiveness next season.”