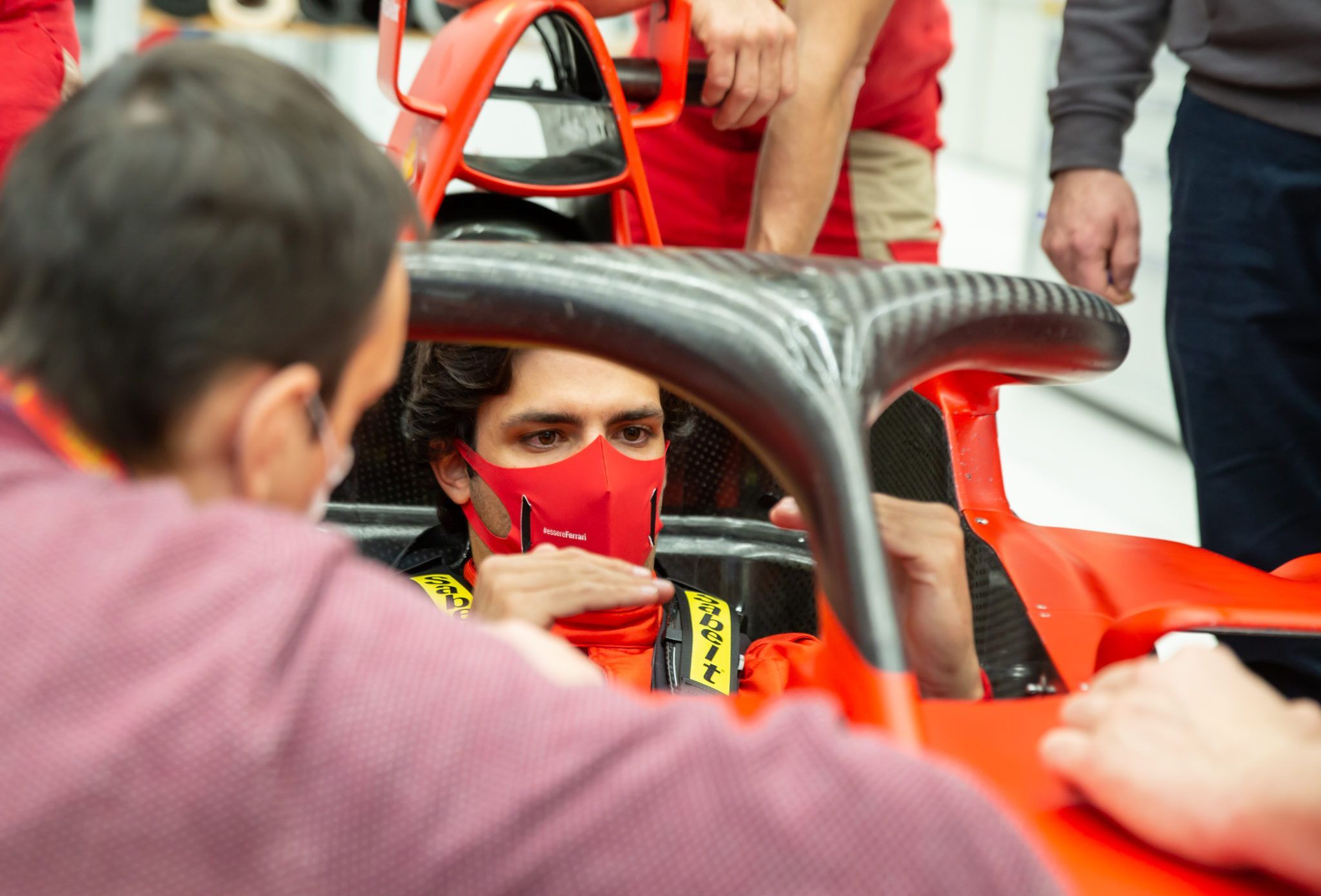 Andreas Seidl is confident of success for Carlos Sainz at Ferrari as McLaren chiefs Andrea Stella and James Key shower praises too.

Having done well not just at Toro Rosso – as a Red Bull junior driver – but also at Renault and McLaren, Sainz now moves on to Ferrari in 2021 alongside Charles Leclerc. The experience gained by the Spaniard is expected to come in handy for the team.

And even though the car is expected to be a handful, his former McLaren colleagues have full praise and confidence on his ability to gel in and push forward their programme. Considering his past, Sainz should fit in quickly than any other F1 drivers on the grid.

“Carlos obviously played a very important role in our journey in the last two years,” said Seidl to media including F1, Motorsport Network, Racefans.net, BBC and more. “He came to the team after a really difficult period for the team. And then really from the first outing onwards, his test in Abu Dhabi two years ago, he gave it all for us, both inside the car as a driver, but also outside the car in terms of the working relationship, and also attitude he had towards the engineers.

“I think he was very important when it came to giving input regarding the development direction we had to take with the car. So he was a very important asset. And in the end points the he collected with us these two years speak for itself, and the result we could achieve as a team in the constructors’ championship.

“What was impressive for me to be honest, never having worked with Carlos beforehand, is to see how he was approaching race weekends, how focused he is during race weekends, how he’s going into this zone. And then simply pulling it off when it mattered, both in qualifying and the race. He is very strong when it comes to executing the race.

“He’s very strong in keeping the overview, finding the right balance also between risk and reward on track. If you see what he did last this year, the first laps he did, seeing how many positions he could make up, many, many times in the first lap the overtaking moves he did, the way he’s managing the tyres together with his race engineer, obviously, is a big challenge, it was impressive.

“So I think he has everything he needs to become a top driver in Formula One. He is moving now to Ferrari after the two-year stint with us, so we wish him all the best there, and as I always said we will give it all to make sure we beat him on track. As I said, the way he drives, the way he is interacting with the team outside of the car, together with his environment he has also around him, I have no doubt that he will do a great job down there and he will have success together with Ferrari.

“It obviously will be a very interesting season next year for you guys, for us, for fans, because there are a lot of driver movements, and it will be very interesting how he will do against Charles, who is very strong,” summed up Seidl, adding a praise for Zak Brown for signing a solid driver, who helped the F1 team to move in the right direction.

The good words for Sainz wasn’t just limited to Seidl but his former Toro Rosso colleague, Key, too felt the same, especially with regards to the development of the car along with teammate, Lando Norris. “The drivers allowed us to pin down the real issues and weaknesses with the car,” he started.

“This is important because there’s always the risk of falling into a bit of a trap when you have drivers with differing opinions, or their opinions change quite drastically due to the particular challenges of a race weekend, such as track characteristics or tyre degradation. We’ve not fallen into that trap because Carlos Sainz and Lando Norris, as well as our test and development drivers Oliver Turvey and Will Stevens, have been so consistent in their feedback and that’s a huge help when it comes to identifying our priorities for car development.

“There’s only so much you can do with simulation tools. Extracting the maximum performance from a car is subjective, it’s based on feeling and confidence behind the wheel and that’s only information you can get from a driver. They are the ones in the car and that’s why their input is so valuable and useful,” summed up Key, as Stella added his bit.

“At the end of the day, it’s the drivers who are in the car,” said Stella. “They are the ones that need to go out there and extract the performance from it to deliver the results. You can’t bring the points home if the drivers aren’t doing the job. Carlos Sainz and Lando Norris have been excellent. The level of collaboration between the two of them has been incredibly high.

“It’s one of the reasons they are so evenly matched on track. When there is an open and transparent dialogue between team-mates, it elevates their performance because they can crosscheck with each other and quickly identify the weak points of the car or find the best approach to a corner.

“This has been possible due to the personal qualities of Carlos Sainz and Lando Norris, and, I hope, the environment we have built within the team which encourages openness and trust. It means the drivers feel comfortable opening their box of secrets, rather than keeping that box closed so as not to give away any advantage to their team-mate,” he summed up.