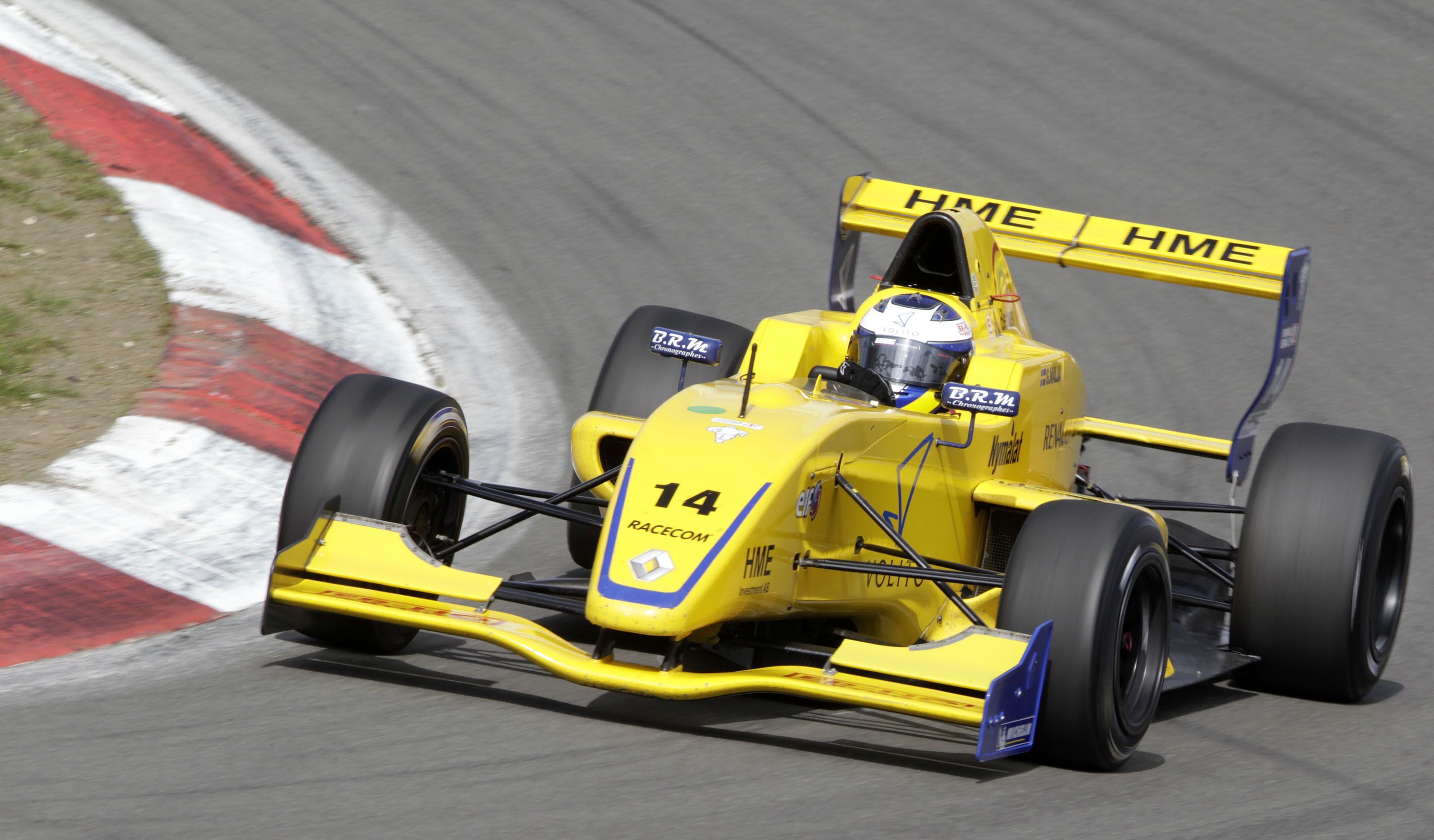 Gustav Malja claimed his second victory of the season in the Formula Renault 2.0 NEC. At the Nürburgring, the Swedish wins ahead of the pole sitter, Josef Zaruba and Andrea Pizzitola. With a fourth place result, Ben Barnicoat increased his lead in the championship to 16 points from Louis Delétraz, who finished fifth.

Gustav Malja (Josef Kaufmann Racing) was able to overtake Josef Zaruba (AVF) at the first corner to take the lead of the race. Andrea Pizzitola tried to make a surprise move to the outside, but couldn’t make it stick and settled into third position ahead of Ben Barnicoat (Fortec Motorsports) and Louis Delétraz (Josef Kaufmann Racing).

We saw such battle featured Barnicoat, Delétraz, Seb Morris (Fortec Motorsports) and Steijn Schothorst (Manor MP Motorsport), for the championship fight but finally there was no overtakes in this battle.

With one race to go only Barnicoat and Delétraz can win this championship. The Swiss driver is behind the Briton by 16 points but tomorrow the championship leader starts from fifth-teen place meanwhile Louis will start from fourth place. It’s going to be a great race to decide the Formula Renault 2.0 NEC championship.