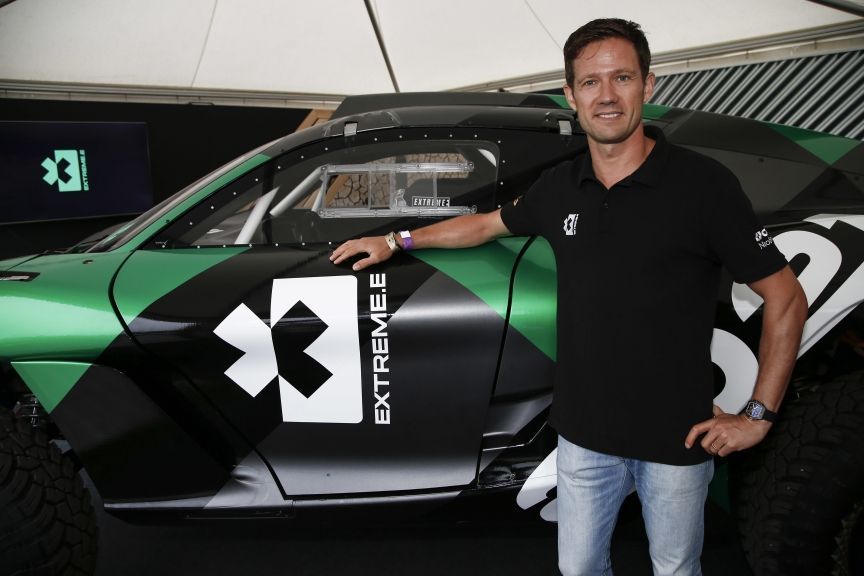 The six-time WRC champion was announced as an ambassador to the Extreme E series on Friday as it continues to prepare for the series to begin in 2021. Ogier has been roped in to where he will advise and support the organisers in every matter.

It includes the Sporting and Technical Regulations along with event locations and also the design of the Extreme E E-SUV named ODYSSEY 21, which was launched by the organisers during the Goodwood Festival of Speed in the United Kingdom.

The delivery of the car is scheduled for March next year with HWA AG, Abt Sportsline and Venturi being the three teams which has confirmed its participation so far. “I am delighted to be a part of Extreme E,” said Ogier on the announcement.

“The championship is truly unique – there is nothing else like it out there – and I am incredibly passionate about what it is setting out to do. I was at the Goodwood Festival of Speed last week and saw the car for the very first time.

“It was awesome to finally see it and I can’t wait to get working with the Extreme E team. The car is something special and it will be a privilege from a driver’s point of view to work on its development from such an early stage.

“The sporting aspect is compelling with Extreme E and the head-to-head format is always thrilling – it’s like what we see with the Special Stages in rallying, which the fans always love. I will be working hand-in-hand with the series’ organisers and partners to make sure we deliver the best experience for the fans and the most engaging challenge for drivers.

“With the racing spectacle will come the ability to raise awareness amongst a huge, global audience of the issues that face many environments around the world due to climate change and human interference. I am sure it can be a powerful tool in driving change and behaviours – and that notion is something very close to my heart.”

Meanwhile, Alejandro Agag, Founder and CEO of Formula E – operating partner of Extreme E added: “Sebastien is among the most talented drivers in the history of motorsport and rallying. Counting on his input, support and advice throughout the development of Extreme E will prove to be invaluable. We couldn’t have a better man on-board.

“Having Sebastien involved from this early stage is truly an honour and a huge endorsement of what we’re doing with the series. He is as keen as we are for Extreme E to not only provide the very best motor racing spectacle, but also the greatest positive impact on the environment and sustainability possible – we share that passion.”