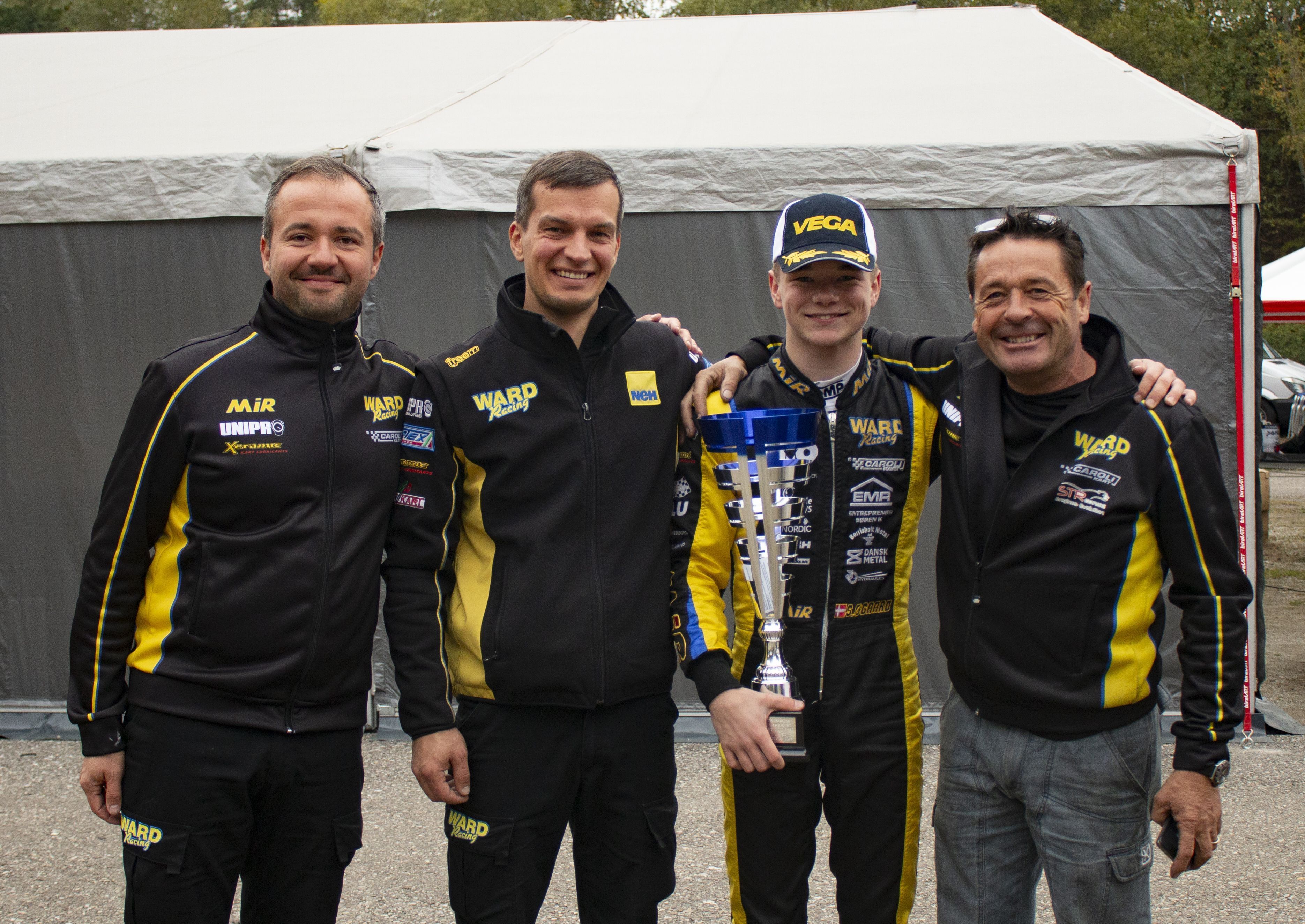 Sebastian Øgaard completes his 2019 karting campaign with a podium finish in Ampfing for the season finale of DKM. The Danish driver battled for the victory in the final race after a weekend that everything went from zero to hero.

Ampfing. The last round of Deutsche Kart Meistershaft (DKM – German Karting Championship) that took place in Ampfing (Münich) started like a nightmare for Sebastian Øgaard who on Friday during practice session was 1.3 seconds off the pace.

The Danish driver despite that, did not gave up and continued improving through the weekend. A difficult qualifying practice put himself in 20th position for qualifying heats.

But qualifying heats started with Øgaard been involved in an accident at turn 1. Despite that on heat 2 he managed to finish in 6th place but due to the crash the Ward Racing driver had to start Sunday’s Race 1 from 24th place.

The team decided to compete in Race 1 with old tyres and that was a key strategy for the whole day. Sebastian Øgaard completed an amazing comeback of 16 positions to cross the checker-flag in 8th place.

That was a good position to start the second race specially having new-tyres. Immediately, Øgaard reached second place and started to fight for the race lead until the race was stopped due to a red flag.

When the race was restarted, Øgaard kept his pace to attack for the victory but he nearly missed by only 0.087 seconds.

This is the second podium that Sebastian Øgaard takes in the 2019 campaign which let him finishes as the Best rookie driver of the season and the best Danish driver as well.

“It was a crazy weekend. Everything looked so difficult due to a bad qualifying and an accident during heat 1. But I kept pushing and managed to make a good comeback in the first race and then battle for the race victory in the second race. It was a great comeback and it feels really good to have achieved my second podium of the season.”