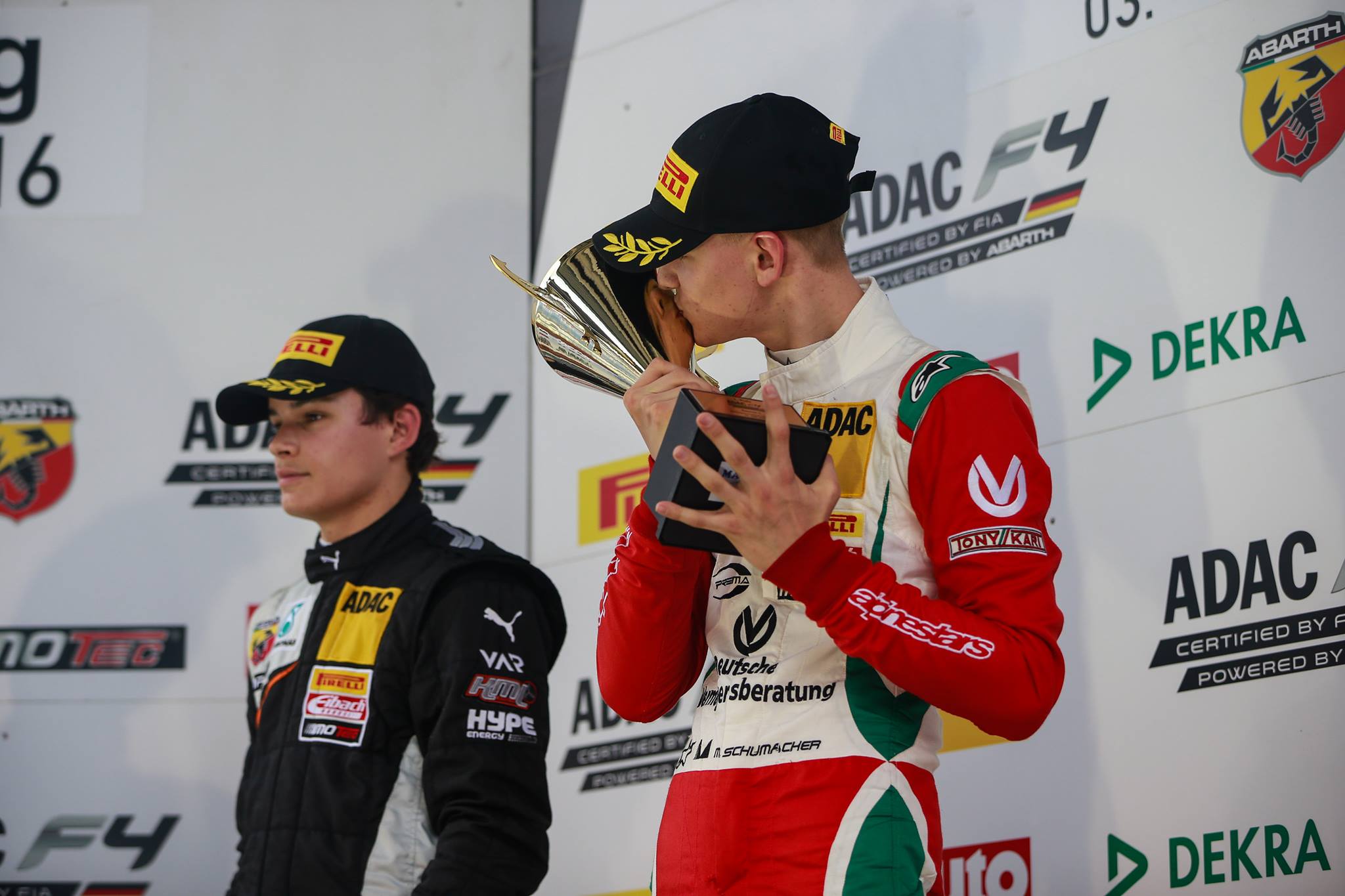 Mick Schumacher took his second win of the week-end at Lausitzring in a race filled by safety cars. Joey Mawson, main rival for the championship, finished second and Jannes Fittje third.

Mick Schumacher (Prema Powerteam) started again on pole position ahead of Joey Mawson (Van Amersfoort Racing) this time and Fittje Jannes (US Racing). Schumacher kept the lead ahead of Mawson while some drivers go wide at the first turn and Sophia Flörsch (Motospark) spun on track without hitting anyone else unlike this morning. This was the only incident to report in the first lap. In the second one though, Kevin Kratz (Jenzer Motosport) hit Andreas Estner (RS Competition) which saw the safety car being deployed to evacuate the cars and the debris.

At the restart, the top 5 does not change of order before Kami Laliberté (Van Amersfoort Racing) found himself overtaken by Kim Luis Schramm (US Racing). Meanwhile, his Van Amersfoort Racing teammate Moritz Muller–Crepon spun at the back of the field. Laliberté kept losing places as he was being pushed off the track several times.

Around midrace term, Yannick Brandt (Lechner Racing) hit Cedric Piro (Team Piro Sport) and broke his front right suspension, deploying another safety car. At the restart, the top 3 does not change again but right at the restart, Muller–Crepon was pushed in the wall unintentionally by another driver while Louis Gachot (US Racing) and Michael Waldherr (Lechner Racing) collide, provoking the third safety car of the race. Laliberté retired in the pits at the same time. With only 3 minutes to go after the cars evacuations, the race was declared stopped.

Mick Schumacher took his second victory in a row ahead of Joey Mawson and Fittje Jannes. In P6, Lirim Zendeli (ADAC Berlin-Brandenburg) won the rookie race.