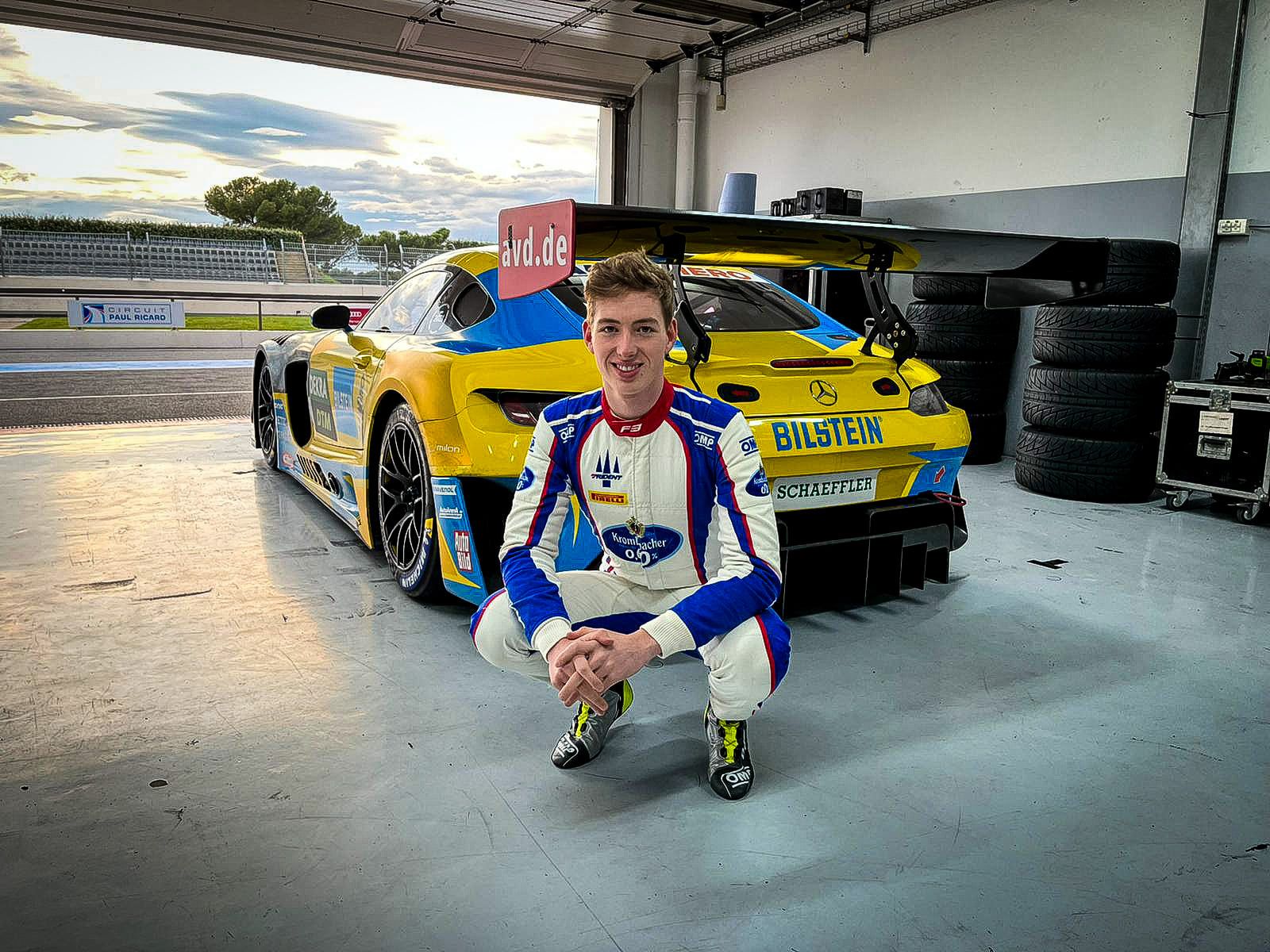 David Schumacher will race in DTM series for the 2022 season in a Mercedes GT3 machine as he moves away from single-seater racing for the time being.

Having competed in FIA F3 championship for the last two seasons, Schumacher is switching to compete in the DTM series in 2022 with Mercedes-AMG Team WINWARD outfit in a third GT3 car alongside already confirmed Lucas Auer and Maximilian Gotz.

The Schumacher Jr follows on his father’s footsteps to race in the German series. He already tested with Mercedes after the end of the F3 campaign. He wasn’t announced as a driver in the initial line-up announcement by the German manufacturer.

But has now been added in the roster as a third entrant for WINWARD team. “The two car categories are worlds apart,” said Schumacher. “Only because of the considerably higher weight, the GT3 requires a much smoother driving style than the single-seater. Initially, the ABS was a real shock for me, I didn’t know that from a race car at all.

“Still, I quickly felt at ease in the Mercedes-AMG GT3. It really is a joy to drive. I am aware that I have to learn a lot to hold my own in this unbelievably high-class race series. My goal for the first year is to get used to the race car and to take in the many details that are important in DTM. With Lucas and Maximilian, I have two vastly experienced teammates towards whom I can orientate myself.”

His Mercedes-AMG Team WINWARD team boss Christian Hohenadel stated: “We all know how high the level in DTM is, so from that perspective, his maiden season in this very tough competitive environment can be nothing but a learning year.

“With all our experience, we will be supporting him as much as we can. I am convinced that David will be bringing us a lot of joy with his talent, his diligence and his team spirit. There is no doubt that he has the perfect genes.”

At the same time, Frederic Elsner, director event & operations of the DTM organisation ITR, added: “Of course, the fact that David Schumacher is racing in DTM in 2022 is making us happy. The Schumacher name stands for success in international racing and David has already shown very good initial steps in single-seater racing, too.

“The DTM drivers’ field is extremely professional, the competition is hard-fought, so it will certainly be an intense year for him. Still, I am certain that he and his team Mercedes-AMG Team WINWARD will be dealing with that in a good way together. Fans can look forward to a super exciting season at this stage already.”