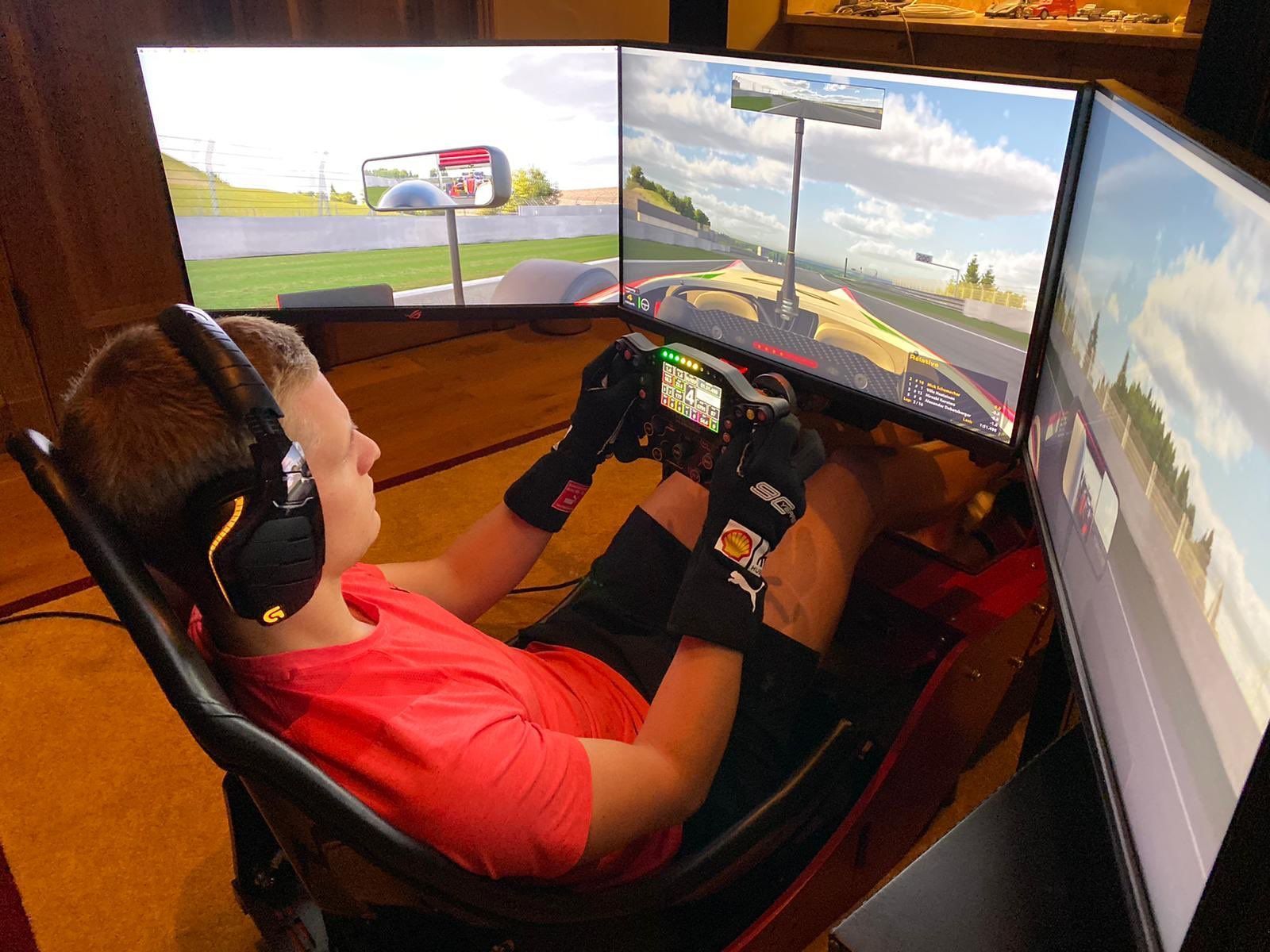 Mick Schumacher wrote a letter to himself as he states that the pressure he has is about performance rather than carrying the name of his father, Michael.

Even though we knew about it for long but Schumacher himself has admitted multiple times to using different names to compete at younger level, so as to hide his identity and be labelled as ‘Michael’s son’ during those junior competitions.

In a letter to himself, posted by Auto Bild, Schuamcher says that he doesn’t see pressure in carrying his father’s name but it comes from performance. The German puts too much pressure on himself to understand where he went wrong and how can he improve.

Additionally, Schumacher also talked about the learning at the younger age to remain constant and to be neither very happy with laurels or be too depressed at losses. He has had fair share of setbacks in European F3 and also in his debut F2 season.

Although he won the European F3 title, he couldn’t replicate his top-end performance in F2 with Prema last year, where he finished 12th with 53 points. Schumacher is to continue in the championship which starts next month in July.

“Of course, I’ve also experienced losses and setbacks. These pains and injuries taught me one thing: that and how to lose with your head held high; with class. Losing offers the chance to learn how to deal with mistakes.

“Defeats provide the essential information you need to understand that you have to improve in every aspect. If you never lose, you don’t learn. If you don’t learn, you will never win – at least not with the things that are worth fighting for. I realized early on that I wanted to be a Formula 1 driver, a champion.

“I jumped into a go-kart for the first time when I was three years old – at the time, of course, it was not really a go-kart – and I started in national racing at the age of eight. When I was 11 or 12 I knew I wanted to do it professionally.

“At the beginning I used different names to race unrecognized and to be able to improve undisturbed without being too exposed to the label “the son of”. But frankly, I don’t feel any pressure to carry that family name or do exactly what my father did.

“Most of the stress comes from what I put on myself. The thoughts about what I did wrong and how I can improve. People know my father’s headlines and celebrity, which I fully understand. Completely understandable. After all, the year after I was born, he won the first of five Formula 1 championships in a row – that’s incredible, isn’t it?

“But I never saw my father as the “greatest driver in the world”. He is always my father in the first place. I don’t take the lessons he gave me for granted. One of these lessons is to stay constant, never to be too euphoric or depressed. Even back in 2018 when I was 10th in the Formula 3 series after race 15.

“Even then, I never had any doubt that this would be my year. I was well on my way to training, and I rushed to work. I just had to stay on course and put pressure on. There was no way out, the only way was to get through it and work harder.

“And we did it – we achieved the result we needed in Spa-Francorchamps. The emotions of victory spurred us on again, and in the end we won seven more and won the title. The key to success was believing in the work we had already done. The victories were the result.

“The past year in Formula 2 was tough, but that’s the sport. You win, you lose, you learn and improve. In the F2, the car is much heavier, with a completely different driving behavior. It creates a lot of G-forces. You can’t afford to be tired.

“This means that my physical training needs to be continuously adjusted and refined – and with the help of my partner Under Armor, I am able to concentrate more on the essential elements of my preparations. This applies to training inside and outside the gym.

“I train my core (core) and challenge my entire body with high intensity interval training (HIIT) and PT sessions every day. What many motorsport fans do not understand is that even with this training combined with endurance training, a driver’s neck strength is an important key.

“But if you think about it more closely, you can recognize a racing driver by his stature: an upper body like that of a rugby player and from the waist down like an 800-meter sprinter. The neck, shoulders and arms must be in excellent condition to control the G-forces. The center of the body is extremely important to keep the body upright.

“In racing cars there is no power steering like the cars you see on the street. It is therefore crucial that you are fit enough to carry the load around the bends. In my second year in F2, my main focus will be on limiting mistakes, avoiding unforeseen events and calculating risks better. I know that this year is a significant year for my development and my progress.

“I am ready and well positioned. The Prema team is also ready. And I have my family and friends who keep me on the ground and center me. Ultimately, I am convinced of what I do. I have to be because I have given myself no other option. I love what I do; somehow I’ve been doing this for 18 years of my life – and I’m 21. I will not stop until I have reached the top step of the podium.

“I will spray the champagne and laugh and celebrate with my team. I will still think about what I could have done better in the ninth and 23rd laps in the second corner. It will burn into my memory. It will be remembered by the congratulations interviews. And why? Because I owe it to my younger self, who ran to the tree back then,” summed up Schumacher.