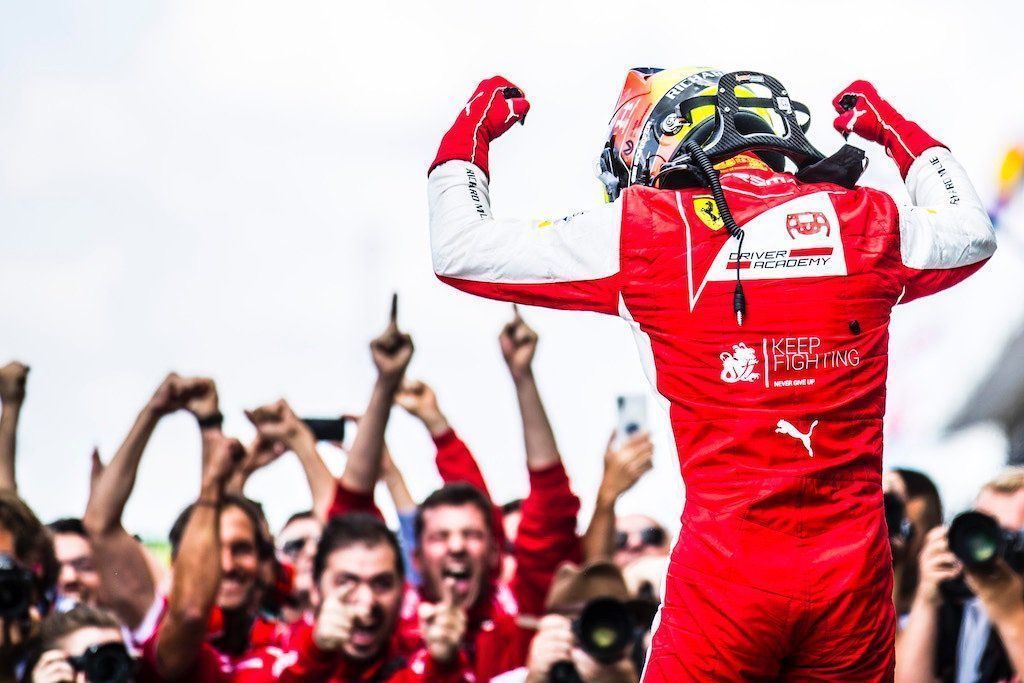 Prema’s Mick Schumacher feels the Hungaroring FIA Formula 2 (F2) Championship win could serve as a boost heading into the second half.

It hasn’t been an easy debut F2 season for Schumacher as the German has had unfortunate luck, while Prema has overall struggled to match up with the front-runners to find itself only ninth in the teams’ standings with 56 points.

So much so that Schumacher’s sprint race win at Hunagroring is its first podium and victory of 2019. The German sits 11th with 45 points in the drivers’ championship, being the second best rookie from BWT Arden’s Anthoine Hubert, who is eighth with 77 points.

There is no doubt that reigning GP3 Series champion has triumphed over European F3 title holder – the Frenchman, though, has an advantage of knowing the Pirelli rubber in a better shape than Schumacher, who ran the Hankook for the last two seasons.

Nevertheless, Schumacher is looking at his first F2 win as a launchpad for a better run in the second half as it looks more like that he will continue in the championship for another year with Ferrari having no rush to having him in F1 just yet.

“I’m just happy to finally be over the period of bad luck and it’s good to, obviously, score a decent amount of points,” said Schumacher after holding off Carlin’s Nobuharu Matsushita. “It was not easy. I was always trying to keep him behind, especially in the last sector.

“Going into Turn 1 is the easiest, and let’s say most probable, overtaking opportunity for Nobu, so I tried to have a good exit out of the last corner every time which worked pretty well. He then got quite a bit closer into Turn 1 when he had the DRS.

“But in general I was trying to take care of my tyres, especially when these two were fighting. I tried to push to get away and stay out of the DRS but then also tried to look after the tyres so that if Nobu came back, I still had some tyres left.

“They were pretty on the edge to be honest in the last laps. Now, obviously the next race we’re going to is Spa, so it’s a very good track for myself where I feel very comfortable. Hopefully that this result will give me kind of a boost going into the summer break, and also going into the next race. I’m really looking forward to that.”

His family witnessed his first win at Hungaroring with mum Corina among the attendee along with his sister and manager. The win received much media attention, naturally, with praise also from Michael’s former Ferrari F1 team boss Ross Brawn.

“I wasn’t at the track, but it was an emotional moment seeing him raise his arms to the sky, and I can’t deny that it reminded me of his father, Michael,” wrote Brawn. “Mick had to fight for the win and avoid making mistakes as he was harried all race long by Matsushita.

“The victory comes after a rather unlucky first part of the year and this will give him more confidence in his own abilities. A week earlier in Hockenheim, Mick did a demonstration run in a really special car, the Ferrari F2004 that his father had driven, and in front of the crowd that had cheered on Michael for so many years.

“It must have been an incredible swirl of emotions for Mick before he too goes off on the summer break. The younger Schumacher’s efforts have captured the imagination of media all around the world and show how much the Schumacher name still means and how much attention it can generate.

“Mick still needs to be allowed to progress calmly in order to see where he fits in this competitive world of talented youngsters, but yesterday’s win was an important moment: there’s a long way to go, but he’s on the right road.”