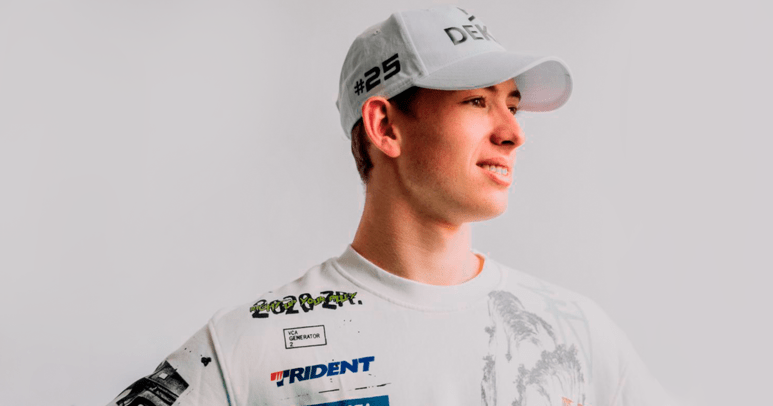 David Schumacher became the third announcement of Friday in F3, as he switches team to Trident for the 2021 season.

Having made his debut in F3 in 2020 with Charouz Racing System, Schumacher switched to Carlin for the last three rounds after competing the first six with the Swiss outfit. It didn’t bring him any luck, though, as the German still wasn’t able to score points.

For 2021, Schumacher has switched to Trident, becoming its first signing. The Italian outfit has shown competitive performance in F3 more than F2, which should help the German in his quest to win the drivers’ championship and progress in his career.

“I’m delighted to race with Trident Motorsport this year and I think we have excellent chances,” said Schumacher. “The team has been doing a really good job and the car was amazing in the two tests in Barcelona and Jerez. I’m looking forward to the season ahead.

“I can feel that the team is really passionate about what they are doing so I have a great feeling for this year.” At the same time, Giacomo Ricci, added: “David has great potential. I think he has more to express and all the characteristics to achieve remarkable results.

“He has had the opportunity to compare the Trident team with others, during the official 2020 post season tests, and we are proud that he has decided to choose us. We were able to develop excellent interpersonal feelings with David, in addition to a great working pace that I am sure will lead to very good results this season.”

Schumacher is the third announcement for the 2021 F3 season after HWA Racelab completed its line-up with the signing of Formula Regional front-runner, Oliver Rasmussen, while Campos Racing signed its second driver, Lorenzo Colombo, from Formula Renault.

“Participating in FIA Formula 3 is a milestone in my career,” said Rasmussen, coming off from six wins and 13 podiums in Formula Regional. “Together with HWA we will do our best to be competitive. I hope we grow in strength together and emerge from the coming season as one of the best teams and me as one of the best drivers.”