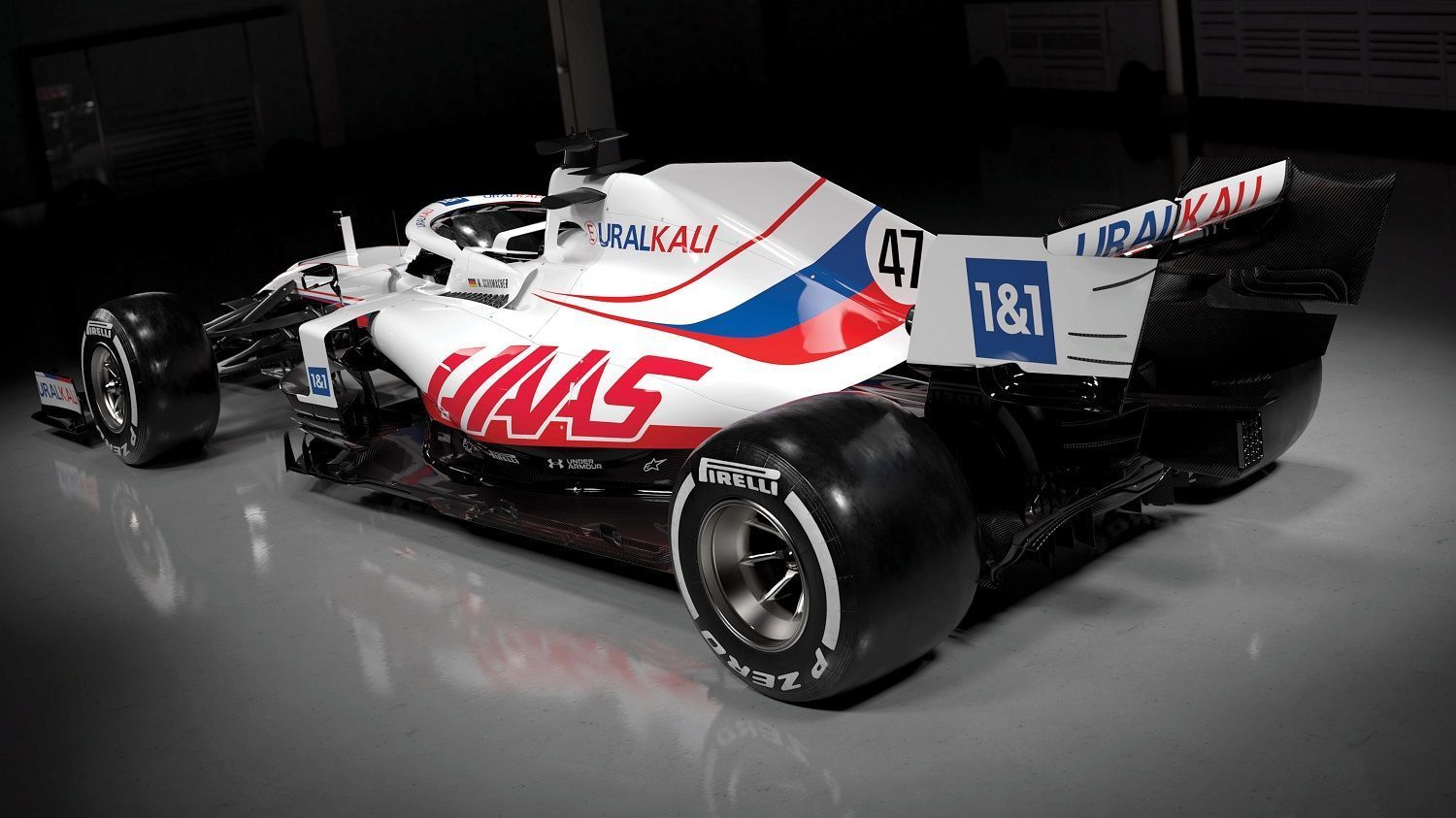 Long before his F1 debut later this month, Mazepin has already been the focal point in a number of significant controversies on which a great deal has been written. But despite the court of public opinion having predominantly ruled against the Russian, Schumacher says he and his fellow rookie can “bring the team forward” together.

Schumacher also says both he and Mazepin are “two very hungry” drivers, making for a promising line-up. “I see, in this case, myself, and I see how hungry I am for, you know, for for the season, and how I’m I want to, you know, do well and everything,” the German told media, including FormulaRapida.net. “So I’m pretty sure that Nikita is the same.

“So we have now very, two very hungry drivers and drivers that are pushing for every little detail. And that’s what eventually is going to bring the team forwards. And that’s what we really want to and I’m sure that the relationship between me and the team is already strong, and is going to grow even stronger throughout the season.

“So yeah, I think, we have we have every right to think positively of this year,” the German suggested. Schumacher says he is striving to improve greatly in 2021, his first year in F1 after a championship-winning Formula 2 campaign with Prema in 2020. “My aim is definitely to choose and to basically push for every situation every moment of of my weekends of my of my year, basically, to try and improve,” he said.

“And I’m sure that there’s no real reason for me to kind of step back or lay back or sit back in the way, but I’ll do everything I can, in my powers to to do a good job and deliver this year,” Schumacher summed up. Facing off against the German within the team, Mazepin has fierce competition at Haas, where he feels he has no more pressure than other drivers on the grid.

The Russian, though unpopular among some fans, says he faces pressure to perform in spite of hurdles like an expanded calendar with limited testing, but that these are challenges he is happy to face. “I feel I’ve got the same amount of pressure as the 19 other drivers,” said Mazepin. “That’s not an excuse that I consider putting in my head.

“I don’t think any year in F1 is easy, but nevertheless the year that has the most amount of races with the least amount of tests will be [demanding]. But it’s a real challenge that I’m looking forward to taking on,” Mazepin shared, as he relishes the Schumacher challenge.

“I’ve done it before [beaten him], when we’ve competed in the same car,” said Mazepin. “I’ve also been beaten by Mick when we’ve competed in the same car. I think it’s all up for grabs. He is a very good racing driver, which is an obvious fact. So I think the challenge will be very interesting there, no doubt. And I’ll be able to answer that question more exact at the 23rd race of this year.”

He, along with Schumacher, will also be grappling with a poor car, the underpinnings of which have not changed since 2020. Haas decided not to spend their development tokens in 2021, opting to allocate their resources for 2022’s major regulation change. For this reason, team boss Steiner says 2021 will be a transitional season for the American team, in which they will “do [their] best” to stay out of last place, whilst not developing the car in the season.

“It’s a transitional season, I call it,” said Steiner. “It’s a transition to get to ’22. We did this with the expectation that this year, if we invest a lot of time, money, tokens, wind tunnel time, it’s one year, and we were starting late last year anyway. The car wasn’t our best car, so if you put it altogether, it was actually pointless to invest in the short-term. It was much more important to invest in the mid- and long-term.

“So I wouldn’t say a holding [year], because you always try to do your best when you go racing. It’s not like OK, we want to be last – no, we don’t want to be last. We’ll do our best and the guys put a lot of effort into getting the best out of the short development time that we had. But it’s a transitional period to get over to ’22, and we don’t have to forget that we have two rookie drivers.

“That was as well already when we announced them, this is part of the whole plan, we want to be ready for ‘22 in all areas. So in the end, we come up with two drivers which already are young and hungry, because they haven’t been there, and we have got a good car for them in ’22,” Steiner said in conclusion.

Here’s Nikita Mazepin on the incident along with Mick Schumacher, Guenther Steiner