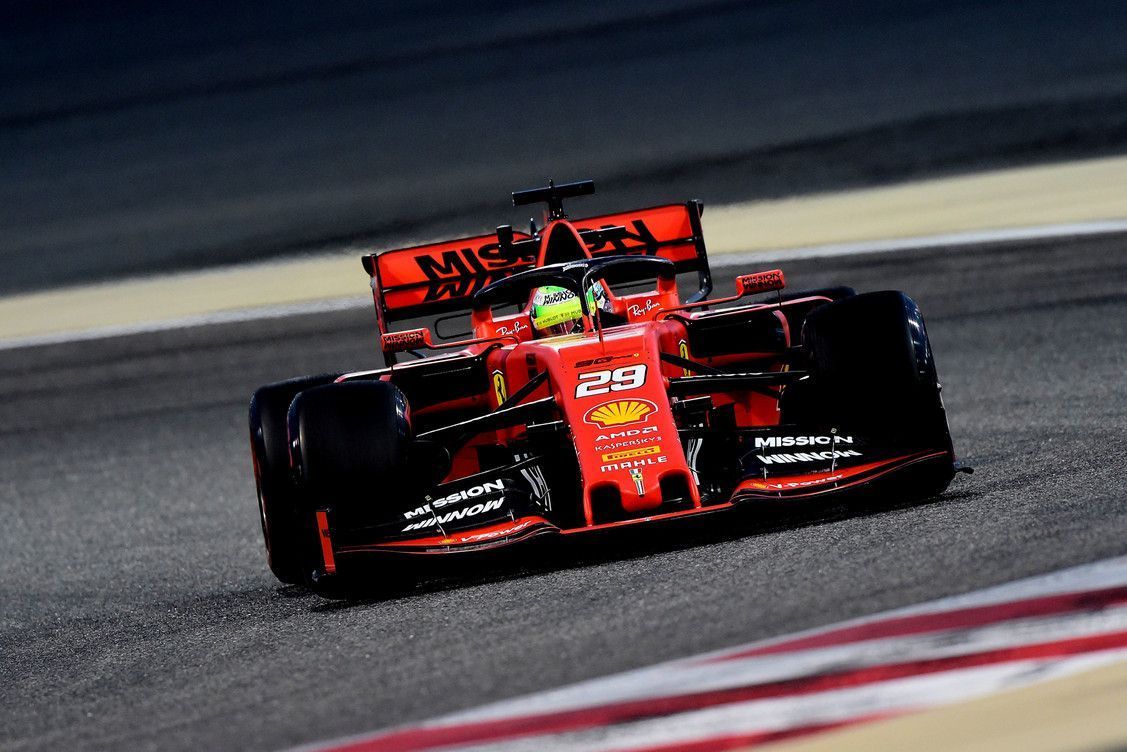 Mick Schumacher said he felt like ‘home’ after his first day with Ferrari in the Bahrain F1 test as he was impressed with the braking power of the cars.

Coming off from driving a European F3 car in 2018 to a FIA Formula 2 Championship car last weekend, Schumacher finally got his first taste of a 2019 F1 car at Bahrain International Circuit during Day 1 of the two-day in-season test.

Prior to his chance in the SF90, Schumacher had only driven Michael’s 1994 Benetton B194 at Spa-Francorchamps last year, but it was only a demo run. Schumacher’s run in Bahrain though was hampered due to rain, limiting him to just 56 laps.

It was 303 km in all, just one lap shy of the racing distance of Bahrain GP. It was not without fun though as he went against Red Bull Racing’s Max Verstappen towards the end – the two chasing for lap times with the Dutchman eventually holding him off.

It was back in the times for one moment with their dads Jos and Michael having raced against each other. In the present, Schumacher ended up with a 1m29.976s lap to Verstappen’s 1m29.379s but it was enough to get a juicy headline still.

“I really enjoyed today,” said Schumacher after the run. “It felt like home in the garage from the very first moment with a lot of people that know me since I was very young. The SF90 is incredible because of the power it has.

“But it is also smooth to drive, and that’s why I enjoyed myself so much. I was impressed by the braking power an F1 car has. It seemed to me you could brake later and later and the car would have made the turn anyway.

“I would like to say thank Ferrari for this incredible opportunity and I’m looking forward to test the Alfa Romeo tomorrow.” As the German mentioned, he will be driving the Alfa Romeo Racing’s C38 on Wednesday with the hope to have more laps under his belt.

It was a historic day still with a Schumacher name being stamped on a Ferrari car for the first time since the end of the 2006 F1 season. His manager Sabine Kehm and mother Corina watched him closely as he drove with a randomly chosen #29 car on the car.

Mick Schumacher driving the SF90
1 of 4 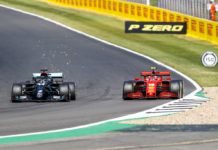 Ricciardo talks podium bet with Abiteboul, Sainz on issues with his MCL35