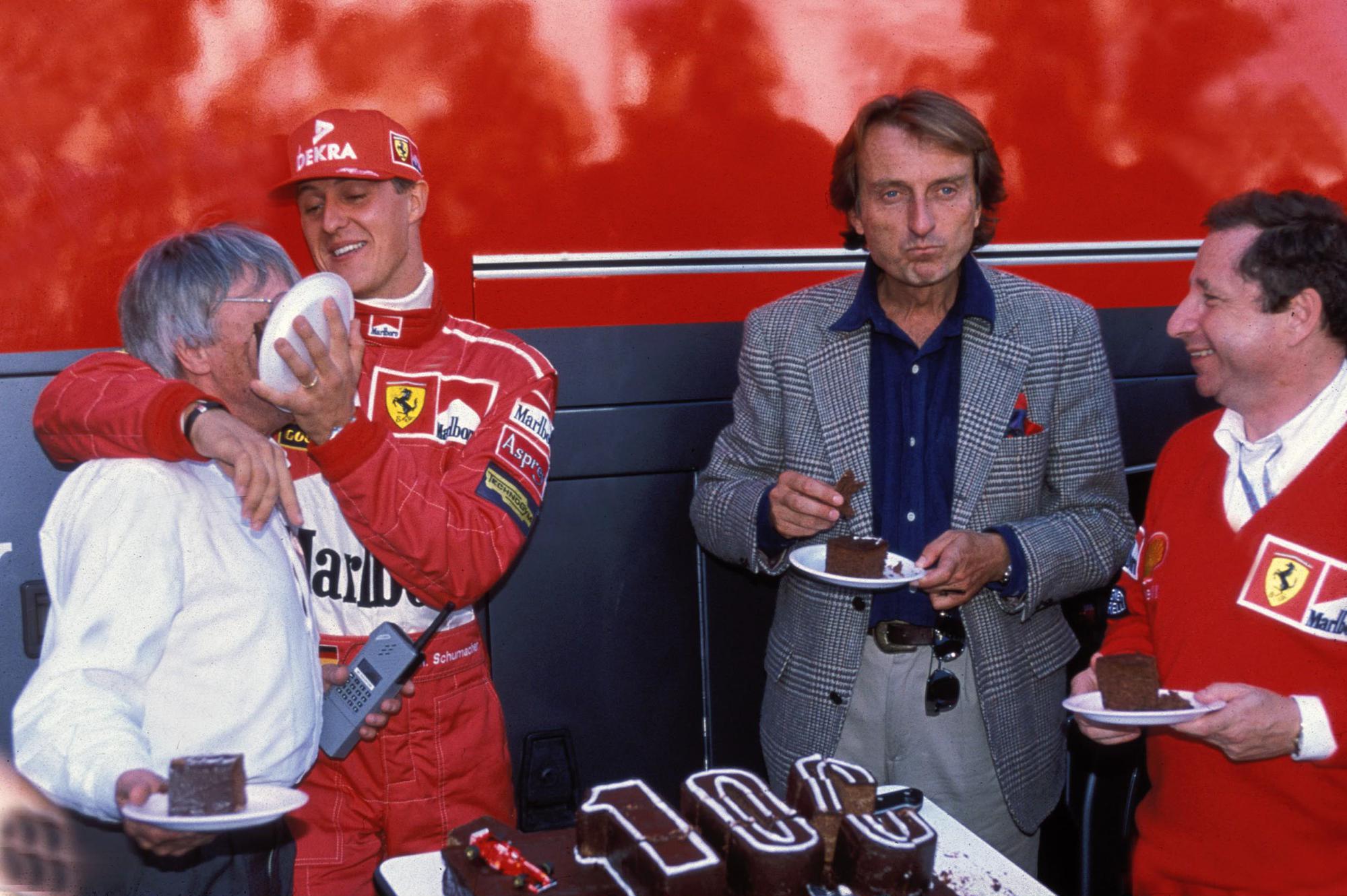 Michael Schumacher has been voted as the ‘Most Influential Person’ in F1 History after he beat Bernie Ecclestone to it in the finals of a long tournament.

As many as 32 personalities were named in the ‘Most Influential Person’ in F1 History competition with four different heads – Drivers, Game Changers, Team Bosses and Innovators – where each comprised of eight people each.

They won over Verstappen, Hamilton, Lauda and Brabham respectively, with Fangio and Schumacher getting through after winning over Stewart and Senna as the German eventually made it to the Finals from first half of the grid with 72% against Fangio.

The drivers’ were pegged against the team bosses’, which had Enzo Ferrari, Flavio Briatore, Colin Chapman, Sir Frank Williams, Ron Dennis, Christian Horner, Jean Todt and Toto Wolff. From them, Ferrari, Williams, Dennis and Todt progressed from the first round.

They won over Briatore, Chapman, Horner and Wolff respectively. Ferrari and Todt progressed to the semi-final after winning over Williams and Dennis, with the Italian eventually making it to the Finals against Schumacher.

The German won against Ferrari by 54% of votes to make it to the Grand Finals. The second half had Games Changers at one side, which comprised of Bernie Ecclestone, Hermann Tilke, Dietrich Mateschitz, Ross Brawn, Max Mosley, Murray Walker, Sid Watkins and Helmut Marko.

They won over Forgieri, Cooper, Cosworth and Cowell respectively. Newey and Murray battled it out in the Semi-Finals after beating Head and Barnard, with the McLaren star winning over the Red Bull tech chief to go against Ecclestone.

The former F1 head eventually made it to the Grand Finals to face-off against Schumacher, where the seven-time champion won by 61% votes to 39%, to be voted as the ‘Most Influential Person’ on the 70th anniversary of the sport which started in 1950. 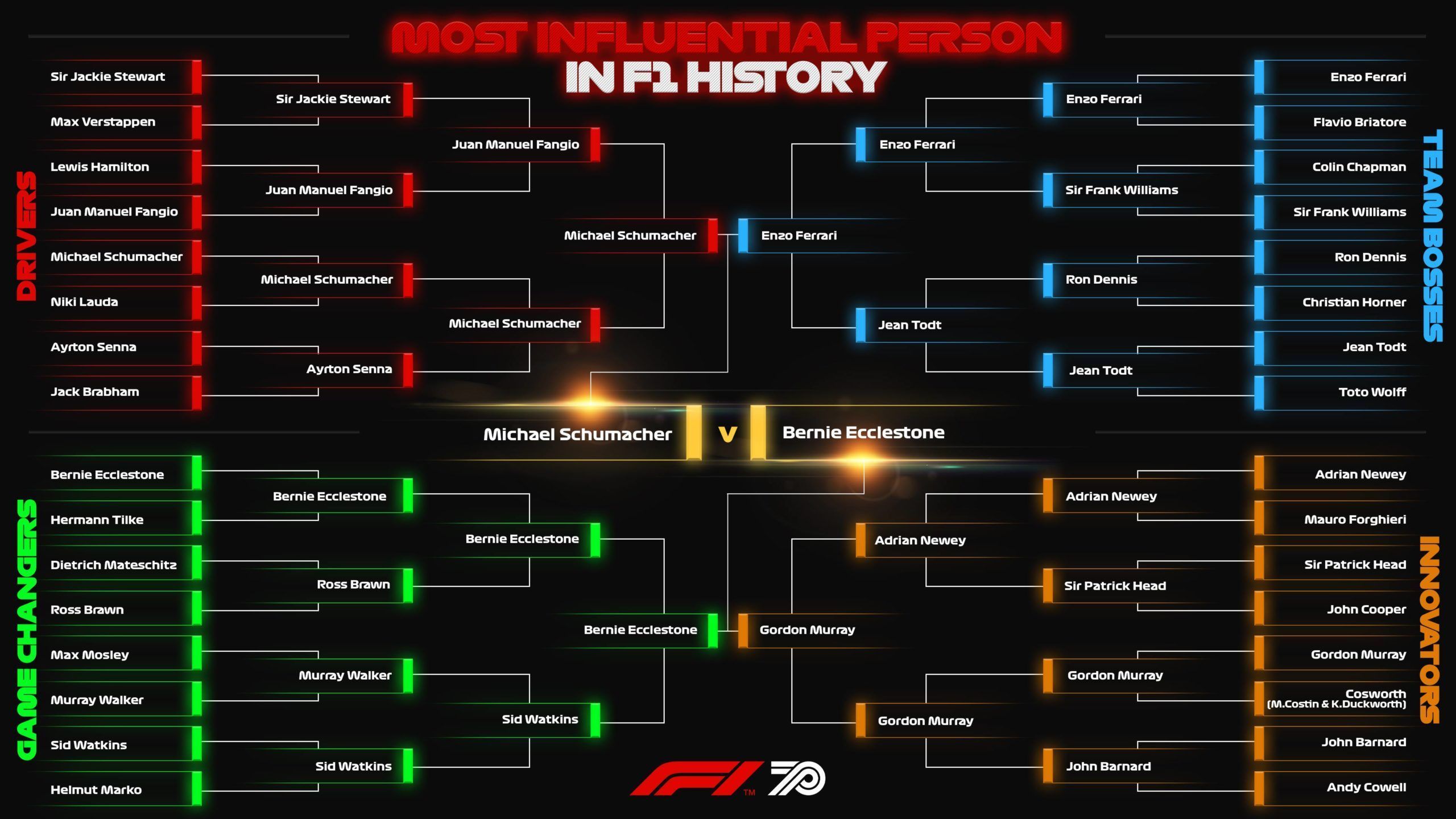