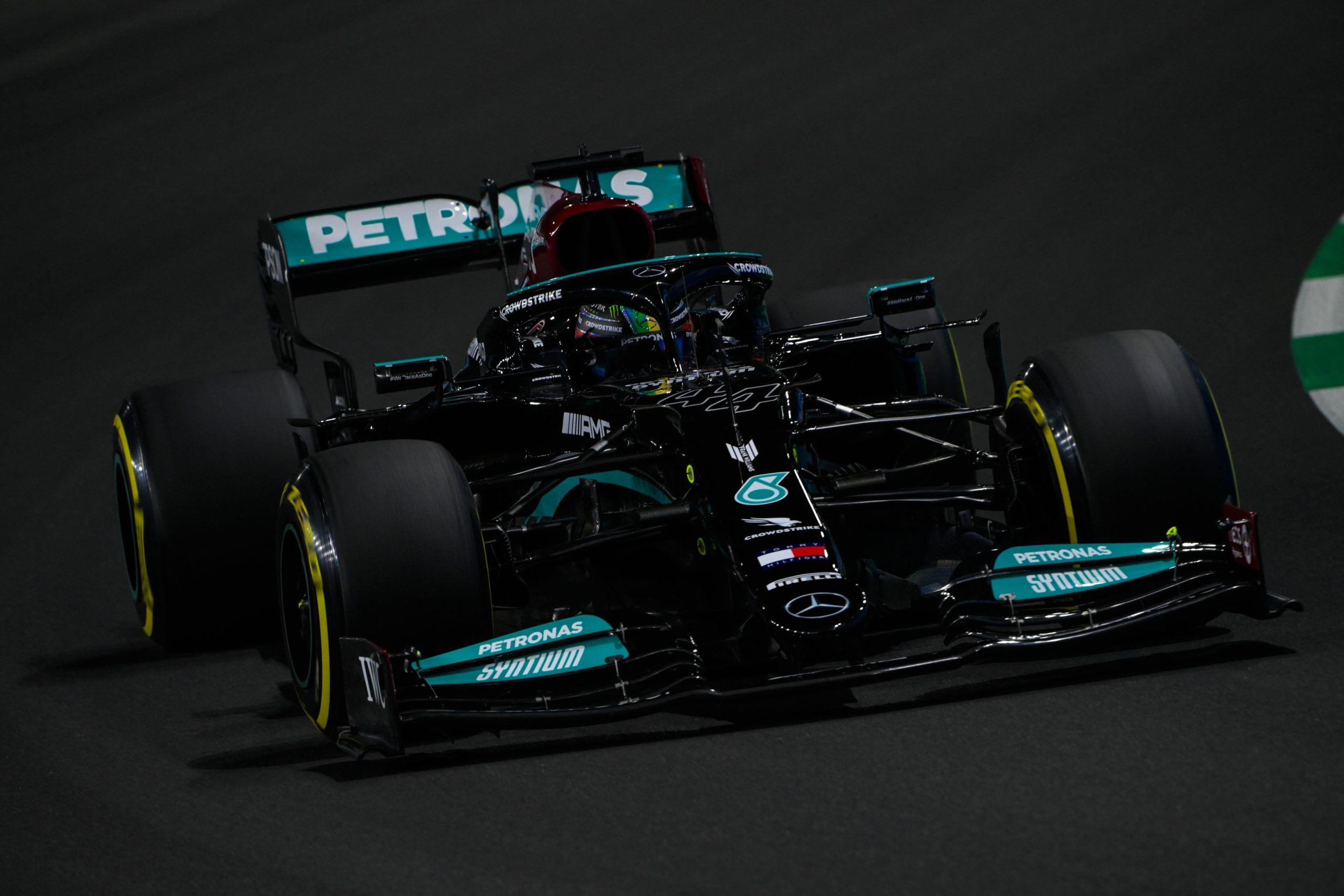 The first part in F1 Saudi Arabian GP qualifying saw everyone hit the track for a banker lap. The improvements during the session was impeccable where the drivers did multiple laps on one set of the soft tyres, especially for the front-running drivers.

Late improvements put Red Bull’s Sergio Perez on top in Q1 with a 1m28.021s lap with Mercedes’ Valtteri Bottas second and McLaren’s Daniel Ricciardo but there was late drama for the Finn after he reported engine misfire and stopped at the pit entry.

Between FP3 and qualifying, Mercedes had switch engines from the pool after fuel leak at the end of the last session. The traffic in the final corner, meanwhile, caught out Red Bull’s Max Verstappen on his final lap which he was forced to abort.

While Williams’ George Russell made it into Q2, teammate Nicholas Latifi missed out in 16th with a 1m29.177s lap. He did beat both the Aston Martin cars with Sebastian Vettel (1m29.198s) 17th and Lance Stroll (1m29.368s) 18th after traffic ruined the latter’s chances.

The German was surprised on missing out on Q2 as the Haas duo of Mick Schumacher (1m29.464s) and Nikita Mazepin (1m30.473s) rounded out the 20 runners where the German forgot to use his DRS.

The second part of F1 Saudi Arabian GP qualifying saw everyone on the medium tyres for their first run bar Williams’ Russell. There was a moment for Verstappen and also Ferrari’s Carlos Sainz, with the Spaniard also damaging his rear wing.

He went sideways over the kerb and had his rear wing clip the barrier. The team managed to fix it as soon to send him out for a final run but it wasn’t fruitful as he almost had another moment. He was forced to bail out and end 15th with a 1m53.652s lap.

At the front, Mercedes’ Lewis Hamilton did more laps to lead the way with a 1m27.712s lap ahead of Red Bull pair of Sergio Perez (1m27.946s) and Verstappen (1m27.953s). For the second run, McLaren’s Lando Norris switched to soft along with Alfa Romeo’s Kimi Raikkonen.

Post-session replays show a big moment between Bottas and Raikkonen where the two touched towards the end of the session. The Finn into the left-hander was on the outside of the Mercedes driver when they touched. Teammate Antonio Giovinazzi made it in the Top 10 but he had a late wall brush.

The final part in F1 Saudi Arabian GP saw Hamilton have a moment on his first quick lap on the middle of the track. He went off to save it and go around again to go quickest but Verstappen went fastest with a 0.3s margin from both the Mercedes drivers.

While Verstappen pitted, Hamilton stayed out and went for another quick lap to go fastest with a 1m27.511s lap. His F1 title rival Verstappen looked solid to take pole with two purple sectors but a crash for the Dutchman ended his chances of a pole.

In the left-hander, he locked-up and brushed the wall on the right-side damaging his car just. It secured a pole for Hamilton in F1 Saudi Arabian GP from Mercedes teammate Bottas (1m27.622s) with Verstappen (1m27.653s) only managing third in the end.

UPDATE: Following the deliberations, Gasly was let off with a warning regarding his impeding against Sainz at the end of Q1. Neither cars were on their fast lap and were left a bit confused as to which way to go in the corner.

“The driver of Car 10 stated that he saw car 55 approaching and thought that it would pass on the left, in his view, having left sufficient room to do so. He then saw Car 55 move across to the right so moved further left to give it room to pass. The driver of Car 55 stated that he had a “moment of confusion” so he went to the right at the last moment.

“Neither car was on a fast lap, and this is a point of significance to the Stewards in deciding to issue an Official Warning instead of any other penalty. The Stewards take this opportunity to stress to ALL TEAMS that due to the nature of this circuit, it is essential that efficient and timely radio communications be made to their drivers about cars that may be overtaking during the race (in the case of lapped cars),” summed up the statement.