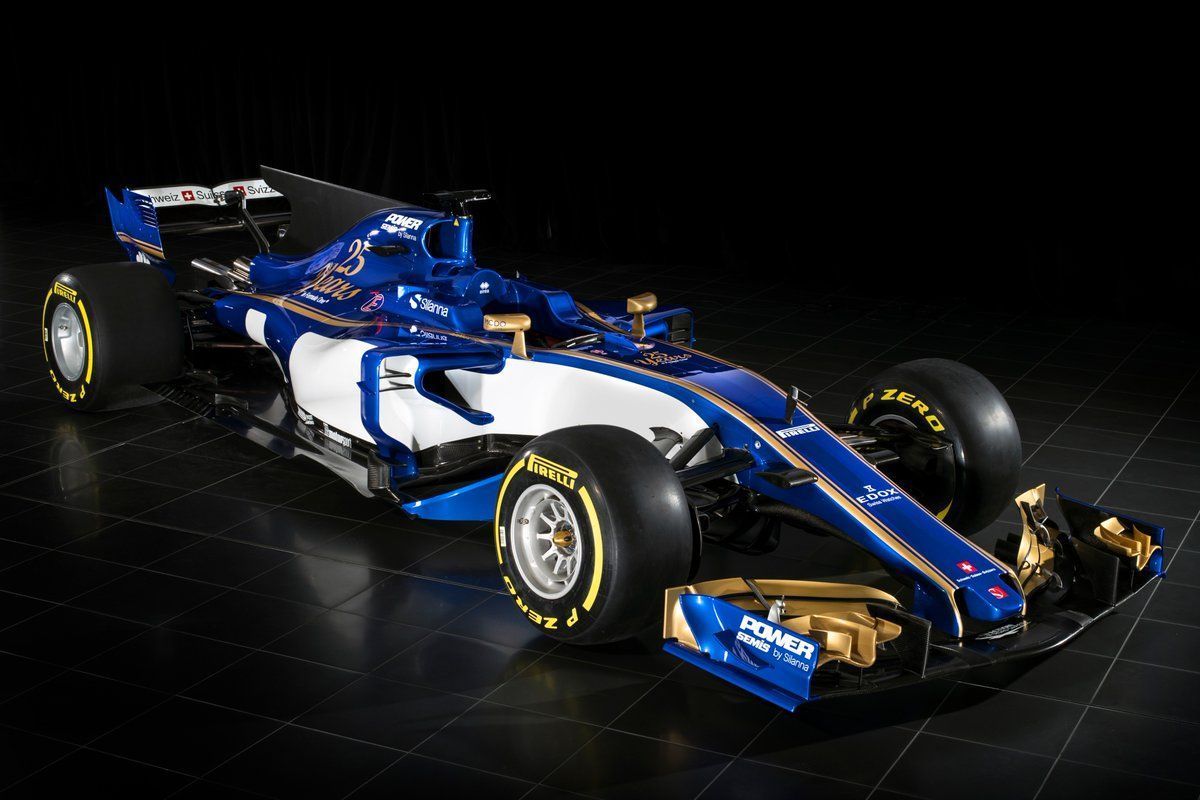 Sauber have become the second team to release pictures of their 2017 challenger, with the Swiss team also unveiling a brand-new colour scheme.

The Ferrari-powered C36 will run in a blue, white and gold livery this season, as Sauber celebrate 25 years in F1 racing.

Thanks to the major regulation changes for 2017, the C36 is an all-new design with not a single part carried over from its predecessor. Work on its concept was focused on reducing the drag coefficient (due to the wider tyres), as well as achieving a significant weight reduction (despite the minimum weight having been raised to 728 kg).

“We put greater emphasis on aerodynamic stability as opposed to maximising downforce,” explained technical director Jorg Zander. “Basically, big teams also have an advantage when it comes to major changes in the regulations, but when the cards are reshuffled new opportunities always present themselves as well.”

Initially at least, the car will use Ferrari’s 2016-specification powertrain, a move which allowed the team to begin the planning and development of the C36 sooner than would otherwise have been possible.

“Being able to get started early and defining the engine environment was an advantage because the team was familiar with the engine and the transmission as well as the cooling requirements the engine entailed,” added Zander.

Marcus Ericsson is set to give the new car its track debut in Spain this week, when it is rolled out at the Circuit de Barcelona-Catalunya for a filming day prior to next week’s first official pre-season test.

It remains to be seen when new recruit Pascal Wehrlein will get his first chance behind the wheel, however, with the German being forced to sit out the first four-day session due to the back injury he suffered at this year’s Race of Champions.

Sauber endured a tough 2016 campaign, finishing 10th in the standings with just two points, but with the Swiss squad now under new ownership, team principal Monisha Kaltenborn is confident of a brighter 2017.

“We have great opportunites to be competitive again and to return to previous successes in Formula One,” she commented. “We want to position ourselves with a new approach, and we have already taken the first steps in order to build a solid foundation for the future.

“We clearly have to improve. With the Sauber C36-Ferrari we have a solid basis as well as the resources to further develop through the season. This will be important to establish in mid-field.”

Renault are set to become the next team to take the covers off their 2017 car, with the Enstone team due to unveil the R.S.17 in London on Tuesday.