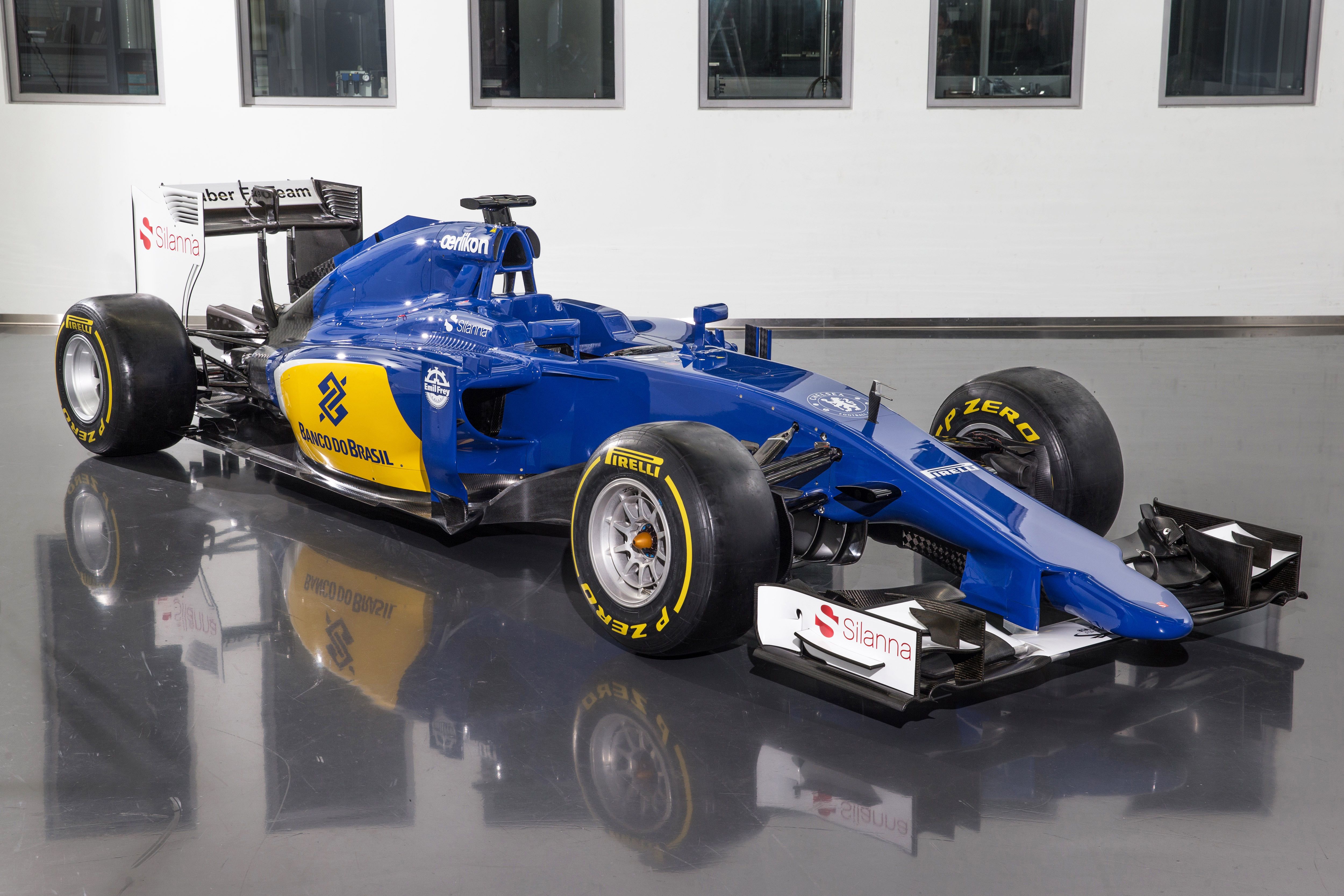 The Sauber F1 Team presents the first pictures  of the new Sauber C34-Ferrari.

The Sauber F1 Team will go into the 2015 FIA Formula One Championship with new drivers Marcus Ericsson (SE, 24) and Felipe Nasr (BR, 22). Raffaele Marciello (IT, 20) has signed as test and reserve driver. The roll-out of the new Sauber C34-Ferrari will take place at the first winter test in Jerez de la Frontera (Spain).

With regard to the 2015 season, team principal Monisha Kaltenborn said: “2014 was a very disappointing year. However, this is in the past, and we now focus on what comes next. We have learned our lessons and are confident for the new season.”

The team principal’s prediction for the new season is short and concise: “We have to improve, and be able to fight for championship points.” For the Sauber F1 Team 2015 is its 23rd season in Formula One; it is the fourth oldest of the current brands.

Monisha Kaltenborn is optimistic about the new driver line-up: “I am delighted about our two new drivers who bring a breath of fresh air. Both are young, talented and highly motivated. On their way to Formula 1 both stood out through victories in Formula BMW and Formula 3. Both then finished this career progression off in the GP2-Series. While Marcus looks back to one season in Formula 1, Felipe will have his rookie year in which he comes fully prepared due to his role as test and reserve driver at Williams last year. I feel confident with regard to our drivers.”

Marcus Ericsson also looks into the future with optimism: “I ampleased about being a member of the Sauber F1 Team. After a difficultseason, we want to move forward and fight in the mid-field like the team previously did. From a driver’s point of view, I want to continue to learn and establish myself as a Formula One driver. I have the feeling

of being in the perfect environment to do so. In Formula One it is difficult to have precise targets, as it depends on the overall package. It is clear that we want to be fighting for points.”

Felipe Nasr explains: “In my rookie season there is a lot to learn, and especially as I have not yet driven on some circuits yet. In general, I am ready to take on this challenge. In my role as test and reserve driver for Williams last year, I was involved in every race weekend. Furthermore, I also had the chance to drive the car a few times, so I think I have a certain understanding of Formula One. Now I am taking the next step in being a race driver, and I am looking forward to bringing my experience from 2014 as well as to supporting the Sauber F1 Team in getting back into the points.”

Test and reserve driver is Raffaele Marciello who, as well as other series, won the 2013 Formula 3 Championship in an outstanding way. Last year he had two podium finishes and won the main GP 2 race in Spa-Francorchamps.  Raffaele will also have the opportunity to participate in some Friday practice sessions during Grands Prix. Monisha Kaltenborn said: “Raffaele’s previous career is impressive. Therefore it is a logical step for us to give him the opportunity to become more familiar with Formula 1. As a team we are pleased to be there with him on his way to the pinnacle of motorsport.”

Raffaele Marciello explained: “I am really pleased to be a member of the Sauber F1 Team, which has a long tradition of building up excellent drivers. I really think that this is the best choice for my future career. I am also happy to compete for one more season in the GP2 Series, which, together with my new F1 role, will give me a very busy 2015 season. I want to thank the people at the Ferrari Driver Academy who are responsible for giving me this important opportunity, and now I really can’t wait to start delivering my best.”