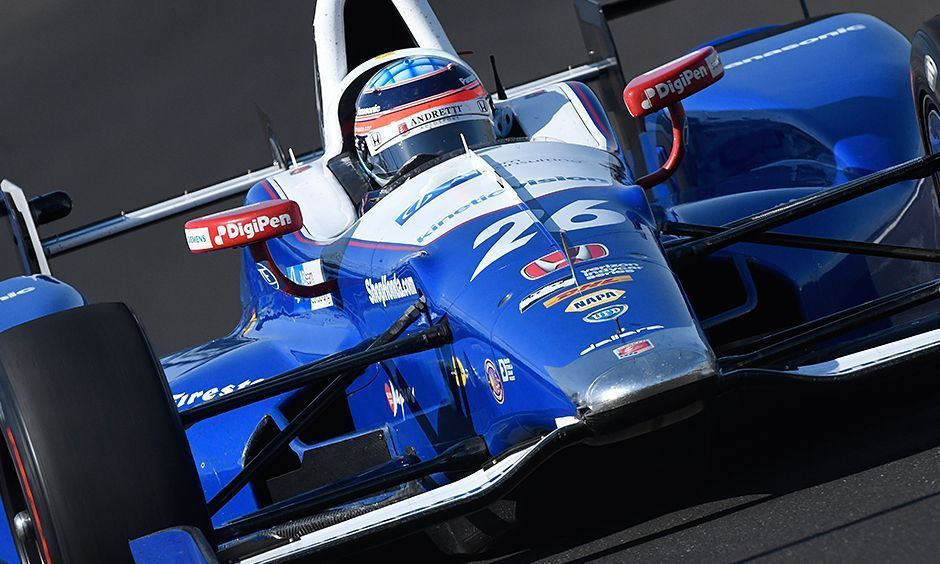 Takuma Sato joins IndyCar history becoming the first Japanese driver who wins the Indianapolis 500 race. The Andretti driver beat Castroneves during an intense battle in the final laps. Fernando Alonso had to retire due to engine broken.

The 101st running of Indianapolis 500 was one of the most wanted to watch with the presence of Formula 1 world champion Fernando Alonso. Despite rain forecast this never joined the Speedway and let the fans of motorsport enjoy one of the best races in the world.

At the start the pole sitter Scott Dixon (Chip Ganassi Racing) was leading the opening laps until team mate, Tony Kanaan passed him before the first pit stop. Which was beneficial for Ed Carpenter (Ed Carpenter Racing) who took the lead of the race ahead of Alexander Rossi (Andretti Herta Autosport) and Fernando Alonso (McLaren-Honda-Andretti).

Both Andretti drivers overtook Carpenter for the lead, with Alonso leading the race before the first caution period. The pace car had to make his first appearance on lap 51 after a contact between Jay Howard (Schmidt Peterson Motorsports) and Dixon. Howard crashed into the wall at turn 1, and Dixon was able to avoid a contact with him. The Kiwi driver flew and crashed intensely into the fence, causing the red flag.

Both drivers walked away from their cars despite the scary crash from Dixon. The race resumed on lap 59 and another car owned by Michael Andretti was taking the lead. Takuma Sato (Andretti Autosport) overtook their team mates for the lead while Ryan Hunter-Reay (Andretti Autosport) joined the Andretti dominance taking third position before another Yellow flag period.

This time was Connor Daly (A.J. Foyt Enterprises) who was too confident trying to overtake Charlie Kimball (Chip Ganassi Racing) in the outside of turn 3. The Foyt driver lost the control of his car and crashed into the wall. A debris from Daly’s car also cause a spun to Jack Harvey (Andretti Autosport) who also had to retire from the race on lap 65.

Immediately when the race was re-started, Sato lost the lead with Hunter-Reay before a new caution period, this time due to debris on track.

This situation was a first key point of the race because while race leader were in the pits, Will Power (Team Penske), Max Chilton (Chip Ganassi Racing) and Helio Castroneves (Team Penske) decided to continue on track.

That was a provisional lead for them because Hunter-Reay with new tyres took the lead easily. Anyway the American saw how Castroneves was able to keep the pace and re-take the lead before joining the pits on lap 103, two laps later Power and Chilton did the same.

Up in front, Hunter-Reay and Rossi were battling for the lead before the 3rd pit stop, which helped Hunter-Reay to pull a gap of almost 4 seconds with Rossi, but this distance was reduced to 0 on lap 120 when Buddy Lazier (Lazier Partners Racing) lost the control of his car and crashed at turn 2, causing another Caution period. During this period Sage Karam (Dreyer & Reinbold Kingdom Racing) also had to retire because of mechanical issues.

This caution was important because Chilton joined the pits in order to make one pit stop less in the following laps. At the re-start on lap 129, Alonso took the lead but immediately another yellow flag appeared because of debris.

In the following re-start Hunter-Reay reacted to Alonso move taking the lead but, the 2014 Indy 500 champion had to retire because of engine broken, causing a new Caution period.

This time the leaders joined the pits while Chilton who made the undercut took the lead ahead of Kimball who at the re-start took the lead before another Yellow flag period due to a contact between Ed Carpenter and Mikahil Aleshin (Schmidt Peterson Motorsports).

Chilton when the green flag returned took the lead and was able to complete a 41 laps of running, saving a pit stop entry. The former F1 driver when was in the pits during lap 166 was even more lucky (or not) to see that another Caution happened, this time because of Zach Veach (A.J. Foyt Enterprises) and Kimball retirement, the latter because of engine broken.

So, all the drivers except Chilton and Ed Jones (Dale Coyne Racing) joined the pit for last time.

At the re-start non lap 172, Chilton keep the lead of the race ahead of Castroneves who overtook Jones. Sato was fourth while Oriol Servià (Rahal Letterman Lanigan Racing) jump from 9th to 5th after an incredible move at turn 3.

Spanish compatriot, Fernando Alonso who was doing a good race had to retire after Honda engine was broken on lap 179, causing another caution.

At the re-start Servià lost several positions and made contact with James Davidson (Dale Coyne Racing) at turn 1, which caused a pile-out effect with the retirement as well of James Hinchcliffe (Schmidt Peterson Motorsports), Power and Josef Newgarden (Team Penske).

With only 11 laps remaining the battle for the victory was between the top4: Chilton, Sato, Jones and Castroneves.

Castroneves, three time Indy 500 champion was looking for his 4th victory and took the lead of the race after an outstanding pass on Chilton at turn 1, Chilton was relegated to 4th, while the race battle was between Castroneves and Sato.

The Japanese driver was able to overtake the Brazilian with 6 laps remaining, and he defended fairly with two laps to go when Castroneves tried a tricky move.

Takuma Sato crossed the line as the new Indy 500 champion, the first Japanese in the history to do that.

In IndyCar drivers’ championship, Castroneves takes the lead of the championship with 11 points of distance with Dixon, Simon Pagenaud (Team Penske) and Takuma Sato. Rossi is 5th with 55 points less.

The IndyCar action is back next week with the double header at Detroit.