The FIA Formula E Championship confirmed Santiago ePrix for the 2018/19 season at a new venue from last year.

Following the event in Season 4, the round in Chile was marked to be dropped from the calendar due to logistical issues during the weekend around Parque Forestal until the organisers found a new venue for the race event.

After months of discussions, it has found a new home in Parque O’Higgins as the Santiago race has been confirmed to take place on January 26, 2019 which will be Season 5’s Round 3 after Saudi Arabia and Morocco.

“I have particularly fond memories of the event last year and I really like the atmosphere of the city and backdrop against the Andes. I’d like to thank the Mayor Felipe Alessandri for his support.

“Also, the Minister of Sport Pauline Kantor, the Minister of Energy Susana Jimeenez, the Intendenta de la Región Metropolitana Karla Rubilar and the President of FADECH Mauricio Melo Avaria for making it possible to host a race in Chile.

“Parque O’Higgins is an ideal location for an international sporting event such as ours.” In addition, Antofagasta Minerals has been retained as its official copper mining partner and now becomes the title sponsor as well.

“Mayor of Santiago, Felipe Alessandri said: “Now we’re changing the location, we learned and we listened to the neighbours – we’re talking with them to mitigate the negative externalities that means organising this event inside Parque O’Higgins.

“Therefore, the work is done during the day and retaining open access – swimming pools and recreational areas still in operation. As happened in Parque Forestal, the monies obtained by the concept of municipal rights are invested in projects that improve the quality of life for residents – stories such as the installation of new public lighting, recovery of facades, bollards and improvements to playgrounds, pet areas and the installation of an exercise zone.”

“FADECH thanks the promoters of this exciting category and the FIA authorities for the trust placed in our institution to take charge of this event – pending the approval of the WMSC,” said its President, Melo Avaria.

“Formula E is no doubt returning due to the incredible success of the E-Prix last season – a product of hard work by more than 250 sports officers who demonstrated great levels of responsibility and commitment.

“I’d like to take advantage of this occasion to give them due merit. We accept this tremendous new challenge with humility and determination and look forward to putting on a great spectacle.”

The 2018/19 season will have 13 races with 12 of them now confirmed – the only venue to be made certain is Switzerland’s. The season starts in Saudi Arabia on December 15 and ends with a double-header in New York. 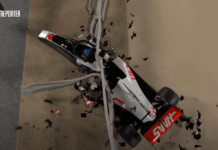